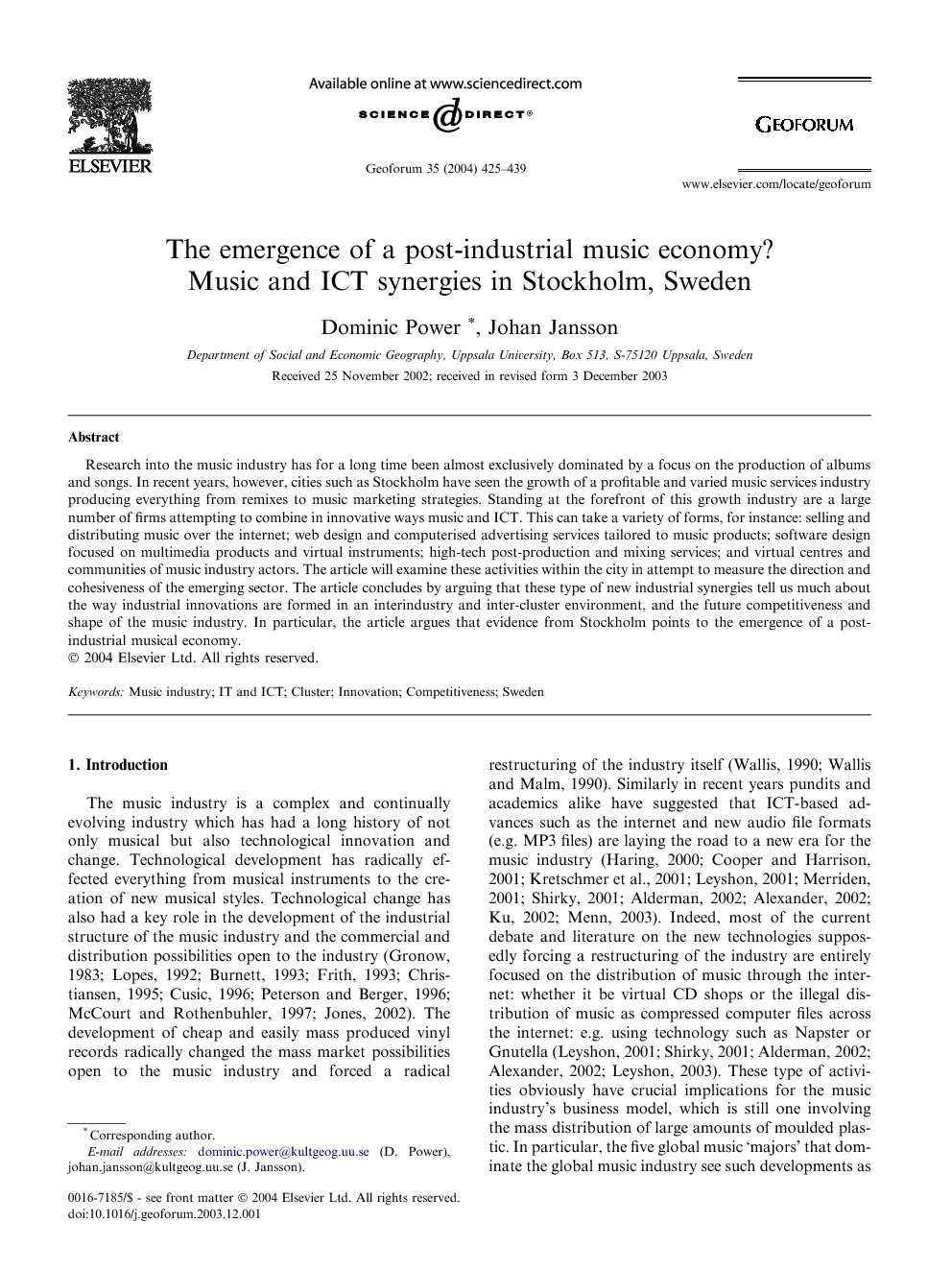 Research into the music industry has for a long time been almost exclusively dominated by a focus on the production of albums and songs. In recent years, however, cities such as Stockholm have seen the growth of a profitable and varied music services industry producing everything from remixes to music marketing strategies. Standing at the forefront of this growth industry are a large number of firms attempting to combine in innovative ways music and ICT. This can take a variety of forms, for instance: selling and distributing music over the internet; web design and computerised advertising services tailored to music products; software design focused on multimedia products and virtual instruments; high-tech post-production and mixing services; and virtual centres and communities of music industry actors. The article will examine these activities within the city in attempt to measure the direction and cohesiveness of the emerging sector. The article concludes by arguing that these type of new industrial synergies tell us much about the way industrial innovations are formed in an interindustry and inter-cluster environment, and the future competitiveness and shape of the music industry. In particular, the article argues that evidence from Stockholm points to the emergence of a post-industrial musical economy. Gadget timed out while loading