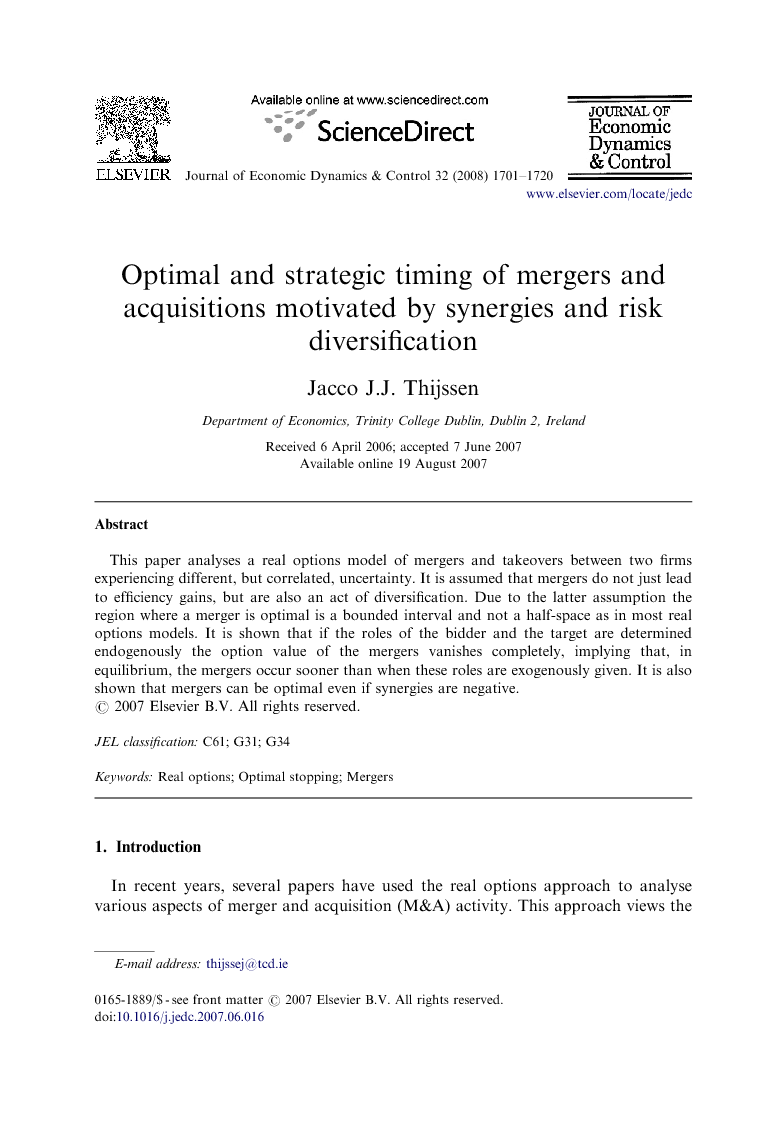 This paper analyses a real options model of mergers and takeovers between two firms experiencing different, but correlated, uncertainty. It is assumed that mergers do not just lead to efficiency gains, but are also an act of diversification. Due to the latter assumption the region where a merger is optimal is a bounded interval and not a half-space as in most real options models. It is shown that if the roles of the bidder and the target are determined endogenously the option value of the mergers vanishes completely, implying that, in equilibrium, the mergers occur sooner than when these roles are exogenously given. It is also shown that mergers can be optimal even if synergies are negative.