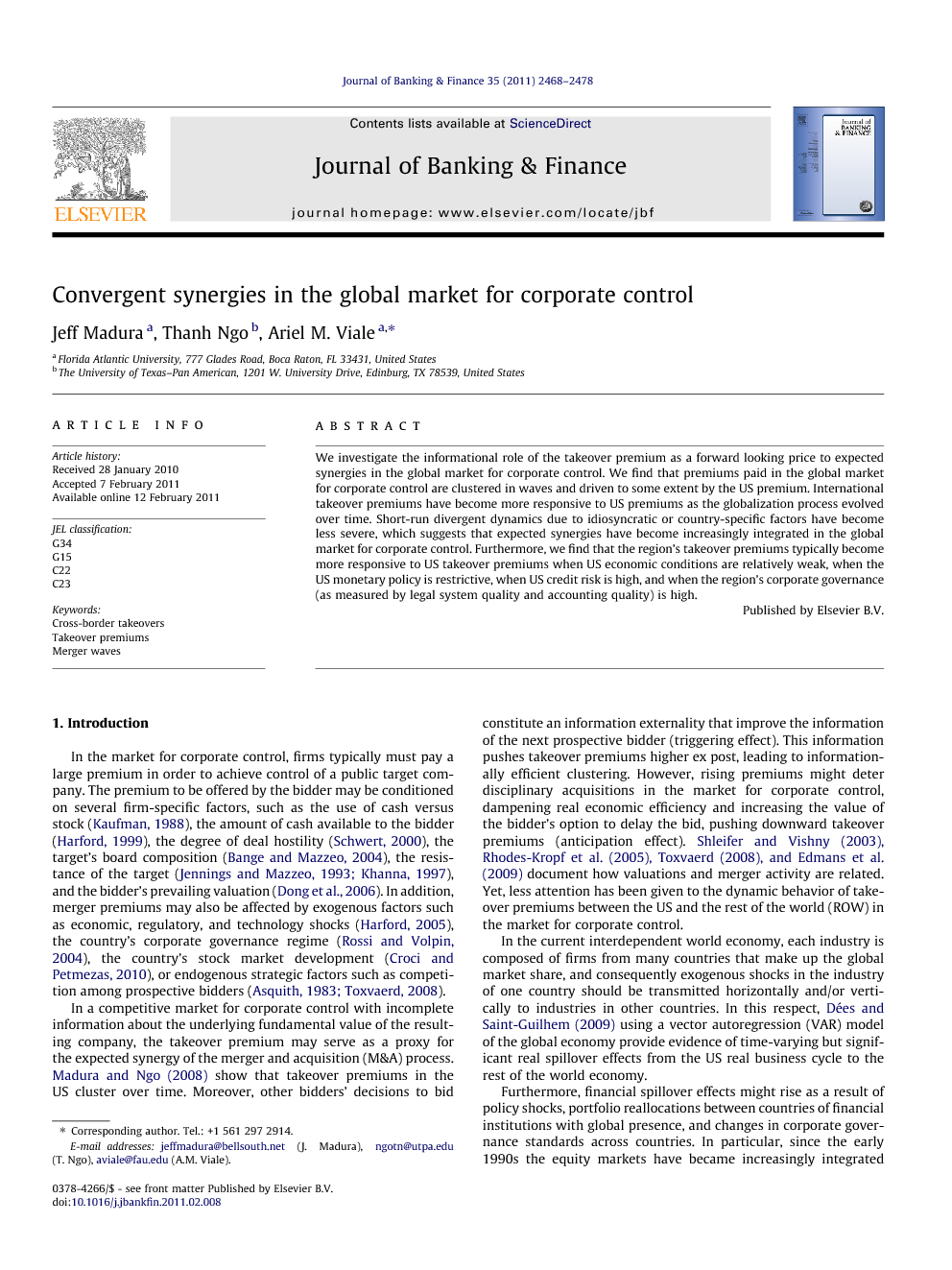 We document the informational role of takeover premiums as proxies for expected synergies in the global market for corporate control. The empirical results show that premiums paid in the global market for corporate control are clustered in waves and driven to some extent by the US premium. Furthermore, international takeover premiums have become more responsive to US premiums as the globalization process across economies and financial markets evolved. Short-run divergent dynamics due to idiosyncratic or country-specific variables have become less significant, which suggests that expected synergies have become increasingly integrated in the global market for corporate control. Since the sensitivity of each region’s takeover premiums to the general level of US takeover premiums varies over time, we also investigate how the time path of integration in the global market for corporate control is related to macroeconomic, financial, and institutional conditions. We find that the region’s takeover premiums typically become more responsive to US takeover premiums when US economic conditions are relatively weak, when the US monetary policy is restrictive, when US credit risk is high, and when the region’s corporate governance (as measured by legal system quality and accounting quality) is high. Overall, our empirical results are economically significant as they are consistent with the broad financial and economic literature that stresses the role of forward looking prices, herding, and informational cascades in the transmission of information about value in sequential markets with partially incomplete information and learning. In particular, the empirical results contribute to the M&A literature that explains merging activity as an endogenous process driven by real economic shocks, market miss-valuations, and corporate governance regimes.