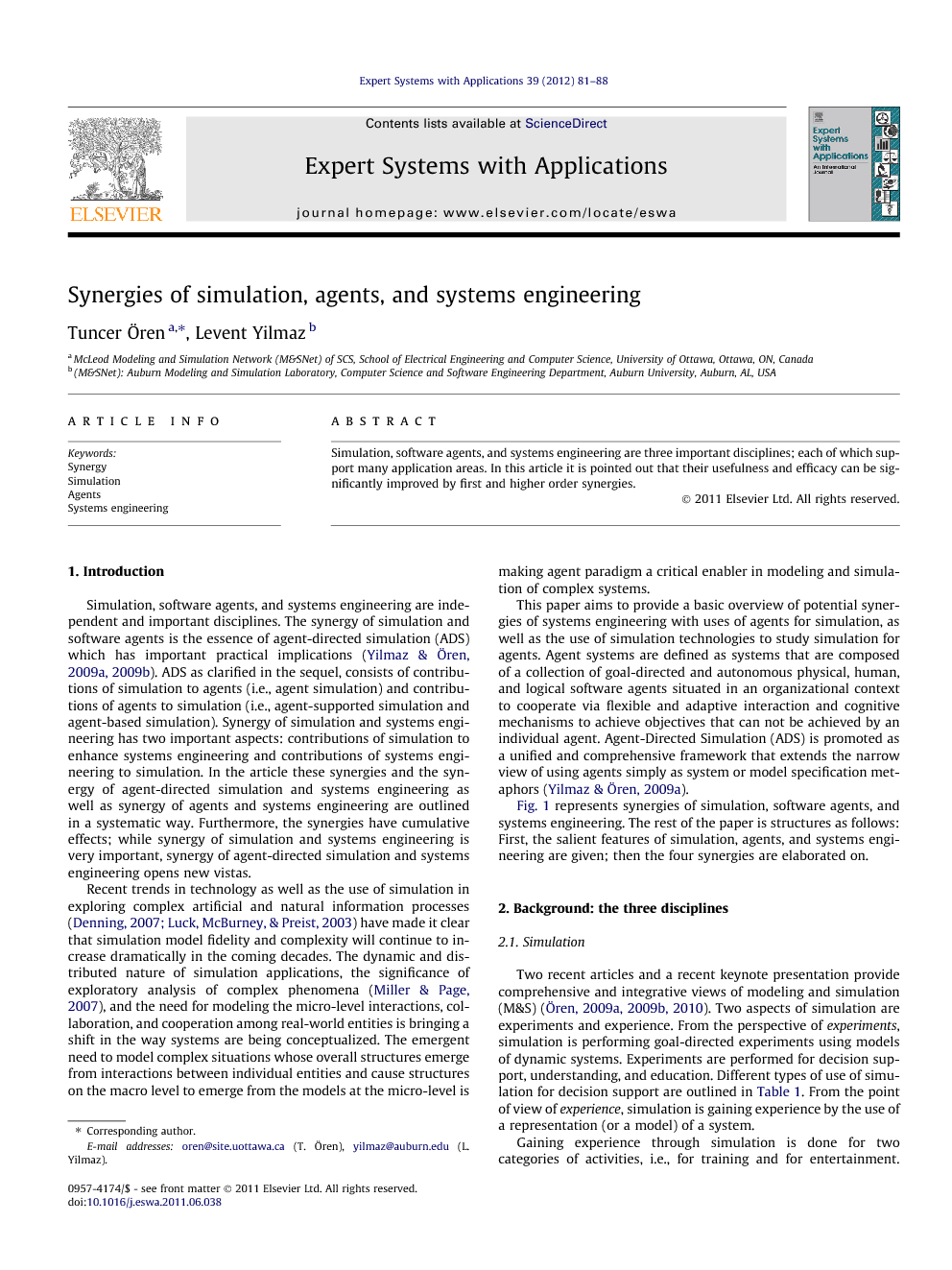 Simulation, software agents, and systems engineering are three important disciplines; each of which support many application areas. In this article it is pointed out that their usefulness and efficacy can be significantly improved by first and higher order synergies.