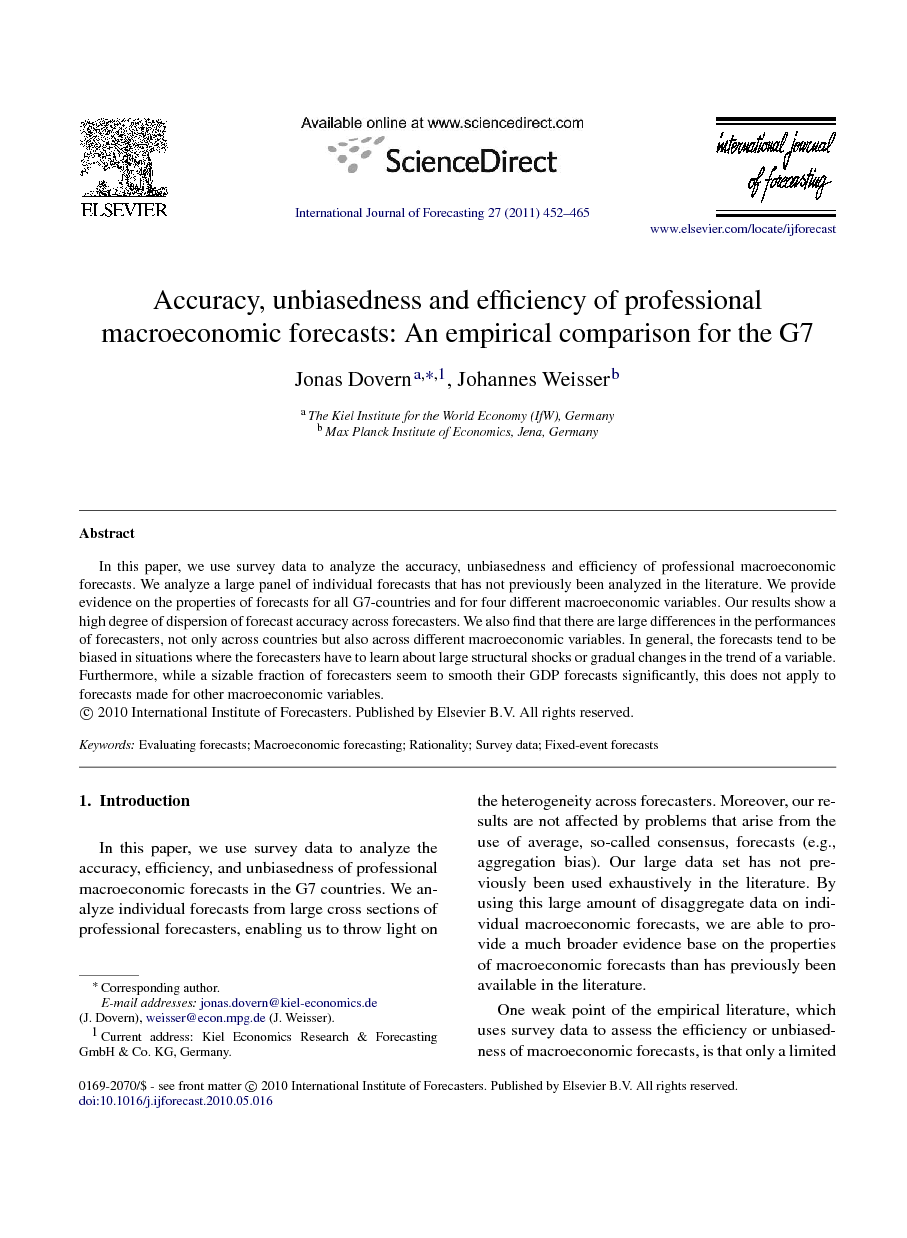 In this paper, we have analyzed individual macroeconomic forecasts for all G7 countries based on survey data from the Consensus Economics data set. We have shown the degree of heterogeneity across panelists with respect to the forecast accuracy and tested whether or not the forecasts in the sample are unbiased and weakly efficient. The empirical results lead to the following conclusions. First, the dispersion of forecast accuracies is surprisingly high. Second, we observe that forecasters who perform well in terms of forecast accuracy for real GDP growth are likely to also perform well for other variables. Third, we find large differences between the performances of forecasters with respect to unbiasedness and efficiency across both countries and different macroeconomic variables. Fourth, of the four kinds of forecasts analyzed, inflation forecasts perform best in terms of unbiasedness. Fifth, forecasters, on average, seem to smooth their GDP forecasts more heavily than the other macroeconomic forecasts they make. Sixth and lastly, forecasts tend to be biased in situations where the forecasters have to realize either large structural shocks or gradual changes in the trend of a variable. As a consequence, if a sizeable fraction of panelists produce biased forecasts for a variable, then virtually all of them are biased in the same direction, i.e., the biases are not uncorrelated across panelists. There are several dimensions along which this research could be expanded in the future. For simplicity, we have assumed that both the variance of the macroeconomic shocks (λt,hλt,h) and the variance of the forecaster-specific error component (ϵi,t,hϵi,t,h) decay linearly if hh goes to 1. Firstly, more general functional forms could be developed in the future to match the data better. Secondly, as soon as a sufficient number of longer time series become available for individual forecasts, one could implement the estimation of the horizon-specific bias, which would be more attractive from a theoretical point of view. At present, however, the time dimension of the data set is too small; that is, for most of the panelists the estimates would be based on fewer than ten observations. Finally, taking correlations across countries into account — as Isiklar et al. (2006) do in their analysis of consensus forecasts — would clearly be desirable, given the high impact that international shocks can potentially have on the size of forecast errors. However, this would require animmense computational power for the estimation of the covariance matrices.