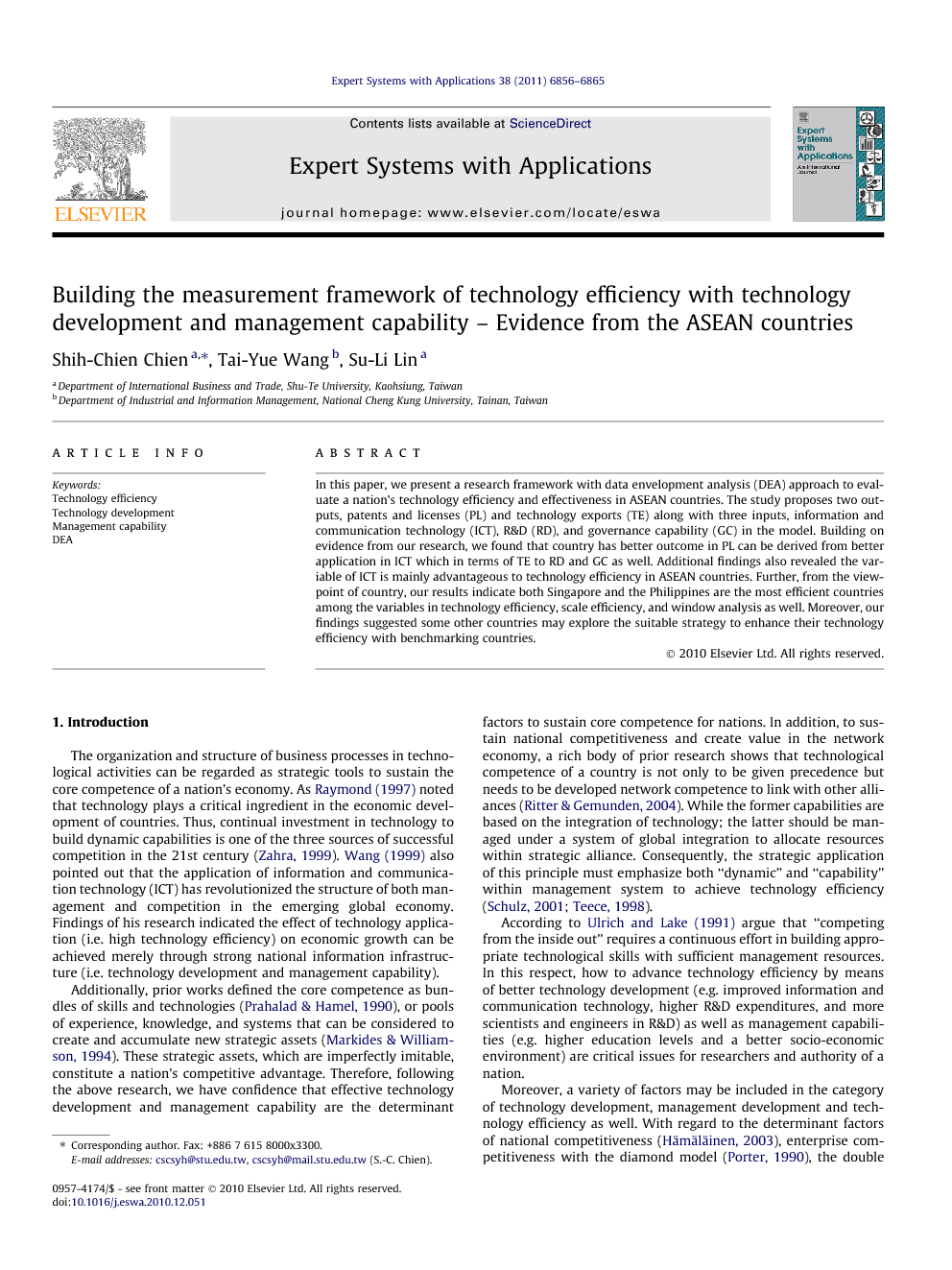 In this paper, we present a research framework with data envelopment analysis (DEA) approach to evaluate a nation’s technology efficiency and effectiveness in ASEAN countries. The study proposes two outputs, patents and licenses (PL) and technology exports (TE) along with three inputs, information and communication technology (ICT), R&D (RD), and governance capability (GC) in the model. Building on evidence from our research, we found that country has better outcome in PL can be derived from better application in ICT which in terms of TE to RD and GC as well. Additional findings also revealed the variable of ICT is mainly advantageous to technology efficiency in ASEAN countries. Further, from the viewpoint of country, our results indicate both Singapore and the Philippines are the most efficient countries among the variables in technology efficiency, scale efficiency, and window analysis as well. Moreover, our findings suggested some other countries may explore the suitable strategy to enhance their technology efficiency with benchmarking countries.