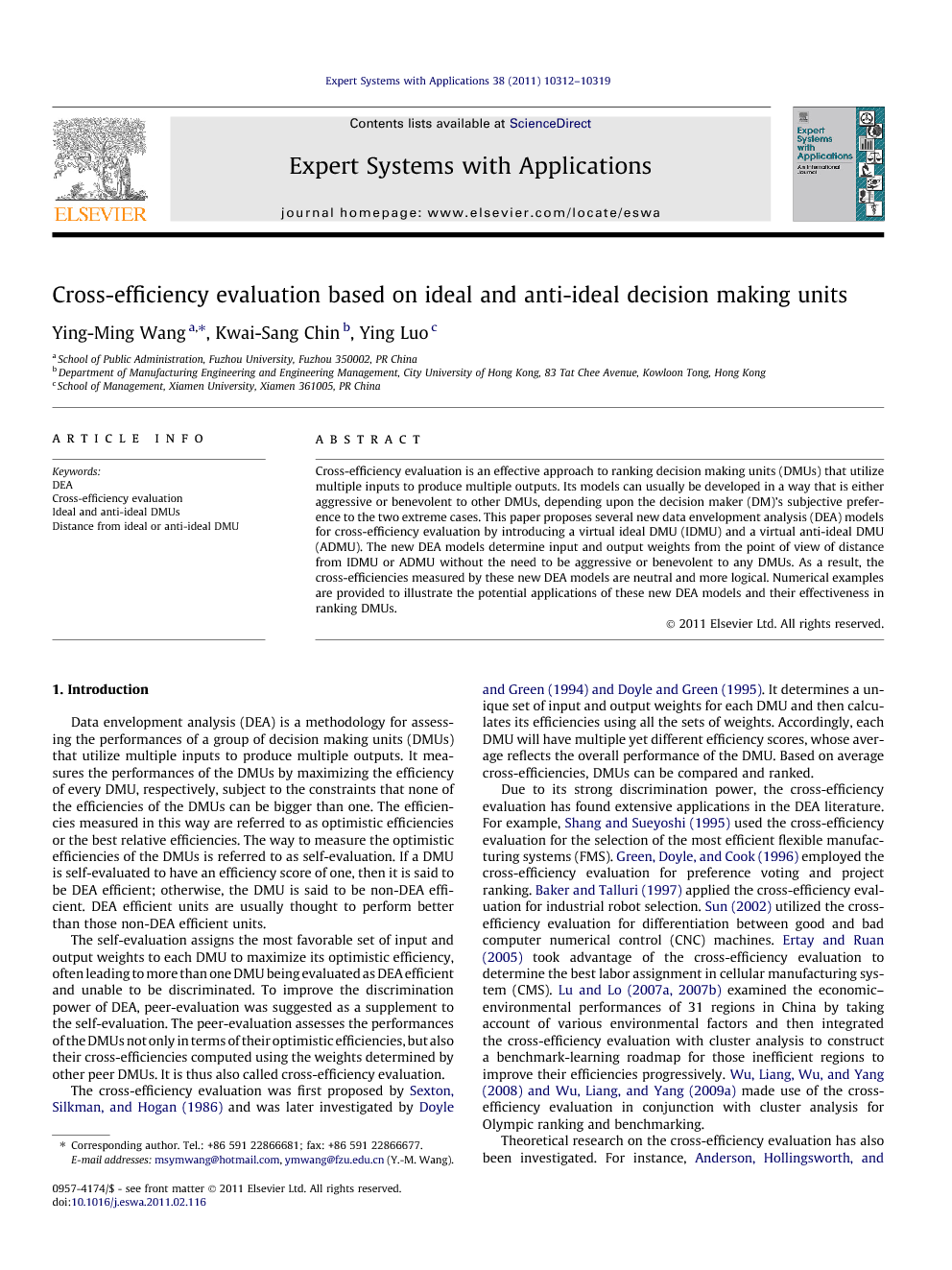 Cross-efficiency evaluation is an effective approach to ranking decision making units (DMUs) that utilize multiple inputs to produce multiple outputs. Its models can usually be developed in a way that is either aggressive or benevolent to other DMUs, depending upon the decision maker (DM)’s subjective preference to the two extreme cases. This paper proposes several new data envelopment analysis (DEA) models for cross-efficiency evaluation by introducing a virtual ideal DMU (IDMU) and a virtual anti-ideal DMU (ADMU). The new DEA models determine input and output weights from the point of view of distance from IDMU or ADMU without the need to be aggressive or benevolent to any DMUs. As a result, the cross-efficiencies measured by these new DEA models are neutral and more logical. Numerical examples are provided to illustrate the potential applications of these new DEA models and their effectiveness in ranking DMUs.