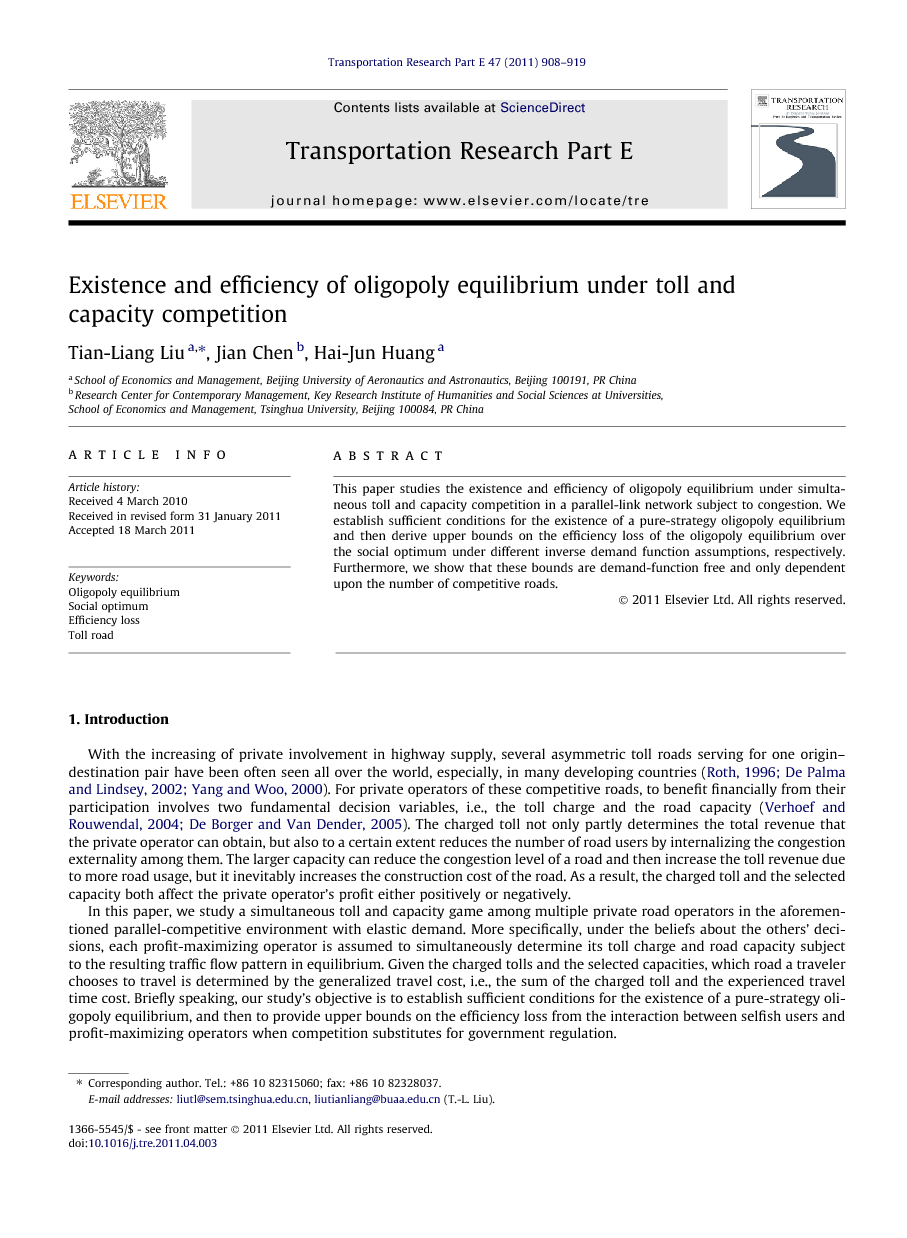 The contributions of this paper to the literature are summarized as follows. First, we presented an equilibrium analysis of oligopolistic competition in a congested network with parallel roads, in which operators compete for traffic by simultaneous toll and capacity choices. For assuring the existence of pure-strategy oligopoly equilibrium, we established sufficient conditions based on most common marginal benefit functions. In particular, our study extended the conventional concave function assumption to the more general situation by assuming the concavity of VB(V). Second, we provided the upper bounds on the efficiency loss of the oligopoly equilibrium compared with the social optimum under the concave VB(V) assumption and its three different subclasses about marginal benefit functions, i.e., concavity, log-concavity, and the increasing elasticity. Two conclusions can be clearly made by analyzing our bounding results. First, all the upper bounds only depend on the number of competitive toll roads, and thus they are very useful for the ex-ante estimation of the social welfare loss in a completely private road market. Second, as pointed out in a tolling game (Engel et al., 2004), the increases in simultaneous toll and capacity competition also improve the efficiency of equilibrium market. In addition, it has to be mentioned that, our bounding results in the simultaneous toll and capacity game critically rely on some simplified but very important assumptions about travel time costs and road construction costs, which might result in the outcome of identical average social cost per trip (inclusive of the investment cost) at the oligopoly equilibrium and social optimum (Tan et al., 2010). Hence, it can be expected to relax these assumptions when bounding the efficiency loss.