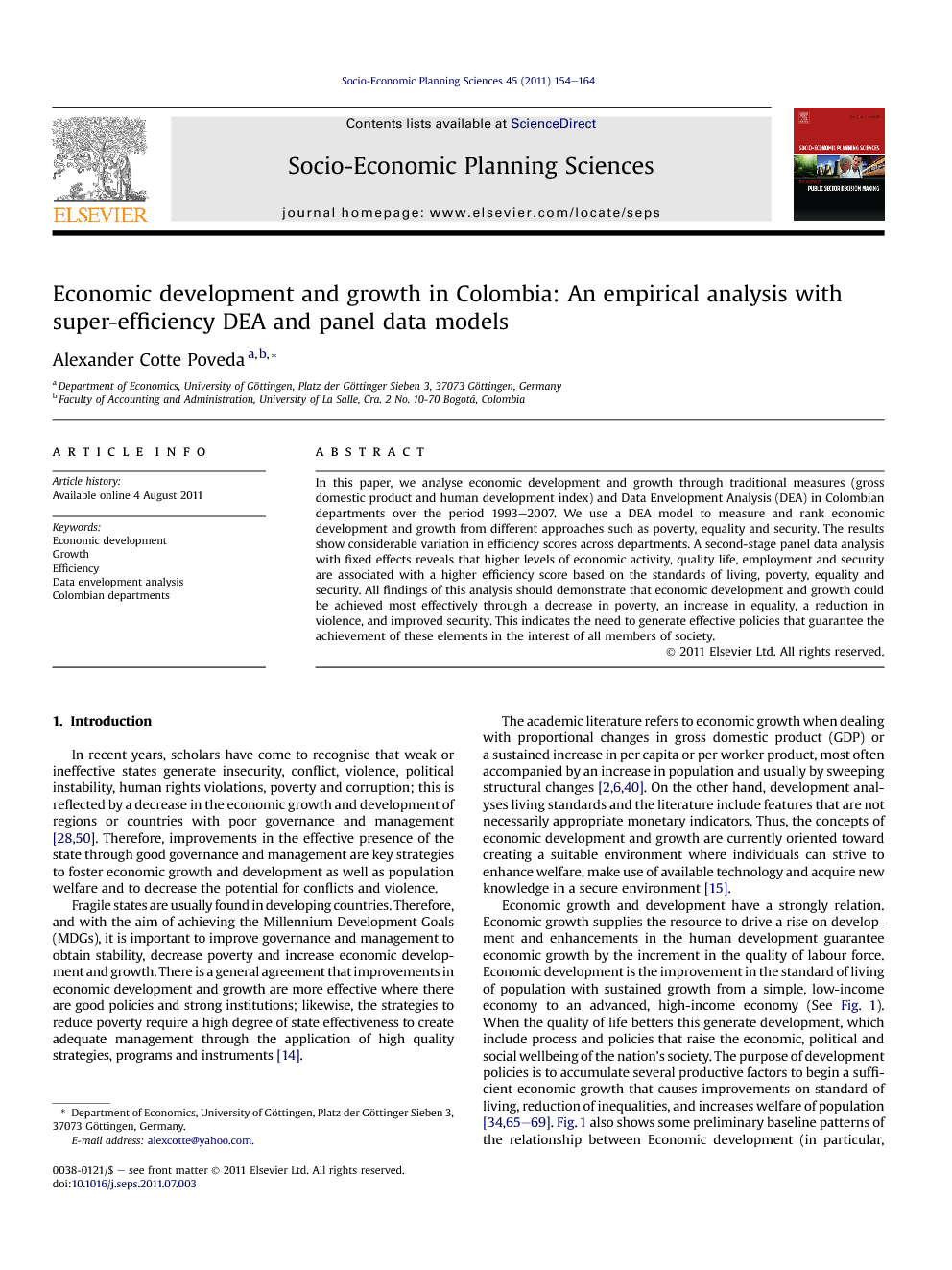 In this paper, we analyse economic development and growth through traditional measures (gross domestic product and human development index) and Data Envelopment Analysis (DEA) in Colombian departments over the period 1993–2007. We use a DEA model to measure and rank economic development and growth from different approaches such as poverty, equality and security. The results show considerable variation in efficiency scores across departments. A second-stage panel data analysis with fixed effects reveals that higher levels of economic activity, quality life, employment and security are associated with a higher efficiency score based on the standards of living, poverty, equality and security. All findings of this analysis should demonstrate that economic development and growth could be achieved most effectively through a decrease in poverty, an increase in equality, a reduction in violence, and improved security. This indicates the need to generate effective policies that guarantee the achievement of these elements in the interest of all members of society.