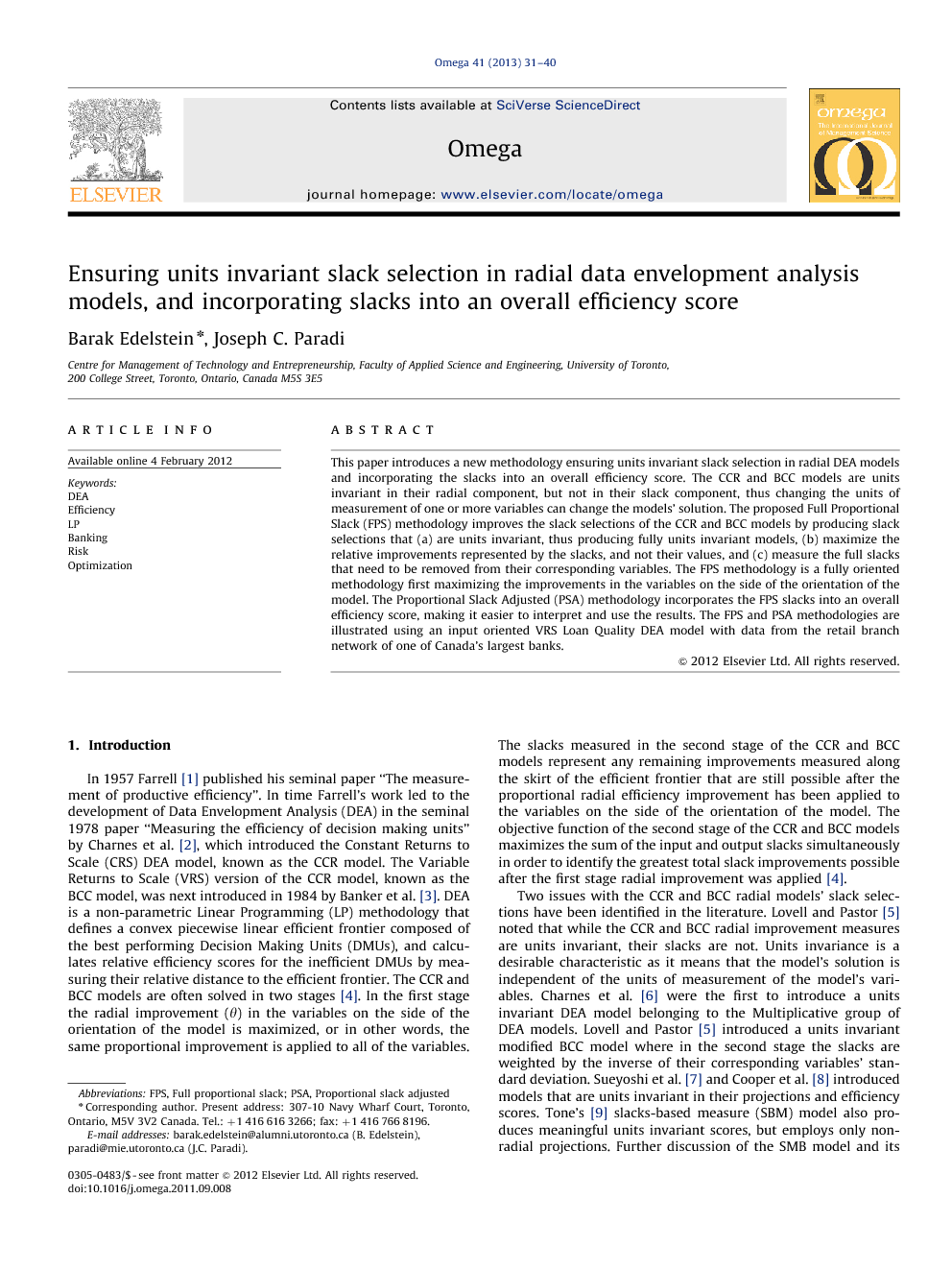 This paper introduces a new methodology ensuring units invariant slack selection in radial DEA models and incorporating the slacks into an overall efficiency score. The CCR and BCC models are units invariant in their radial component, but not in their slack component, thus changing the units of measurement of one or more variables can change the models' solution. The proposed Full Proportional Slack (FPS) methodology improves the slack selections of the CCR and BCC models by producing slack selections that (a) are units invariant, thus producing fully units invariant models, (b) maximize the relative improvements represented by the slacks, and not their values, and (c) measure the full slacks that need to be removed from their corresponding variables. The FPS methodology is a fully oriented methodology first maximizing the improvements in the variables on the side of the orientation of the model. The Proportional Slack Adjusted (PSA) methodology incorporates the FPS slacks into an overall efficiency score, making it easier to interpret and use the results. The FPS and PSA methodologies are illustrated using an input oriented VRS Loan Quality DEA model with data from the retail branch network of one of Canada's largest banks.