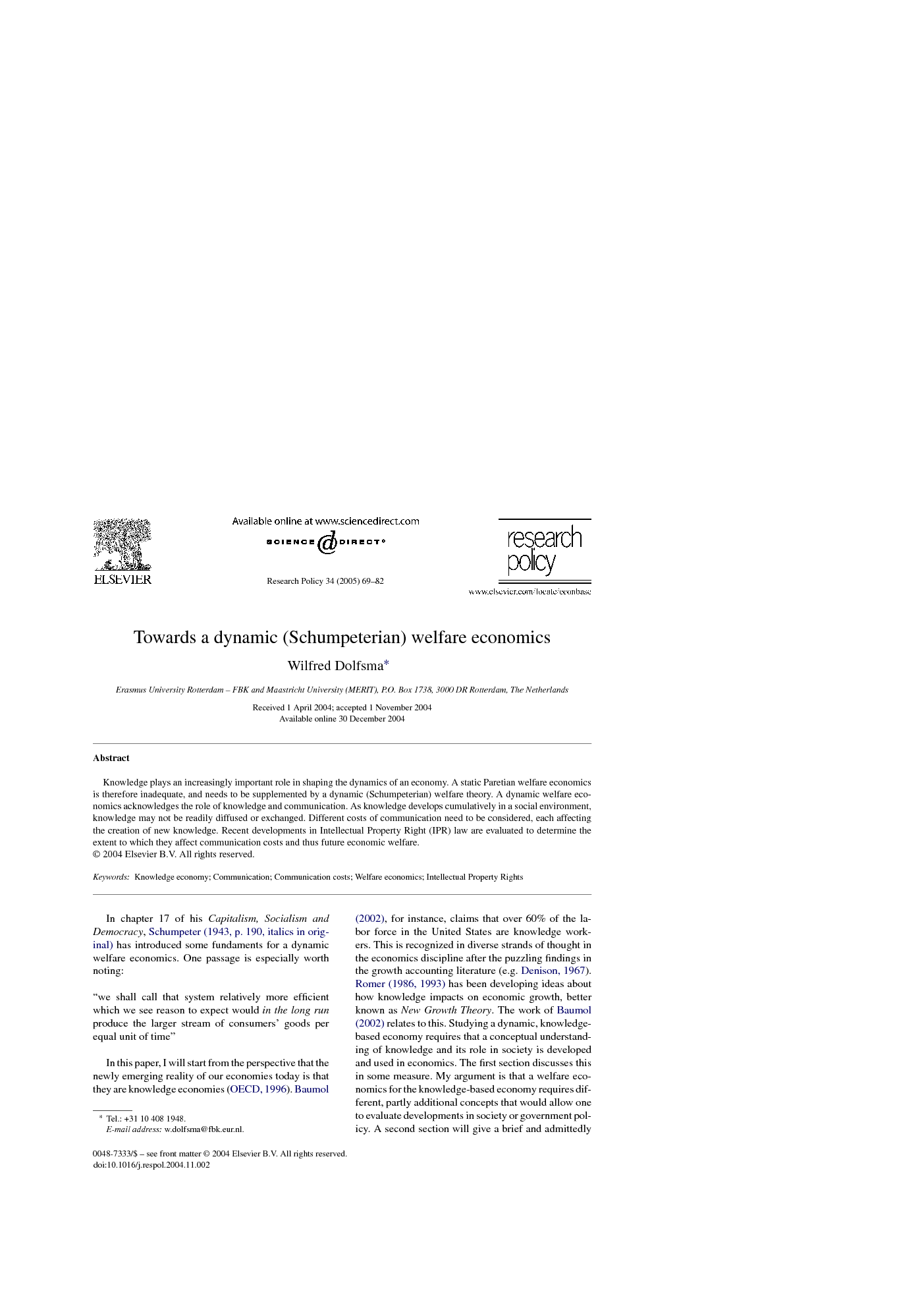 Knowledge plays an increasingly important role in shaping the dynamics of an economy. A static Paretian welfare economics is therefore inadequate, and needs to be supplemented by a dynamic (Schumpeterian) welfare theory. A dynamic welfare economics acknowledges the role of knowledge and communication. As knowledge develops cumulatively in a social environment, knowledge may not be readily diffused or exchanged. Different costs of communication need to be considered, each affecting the creation of new knowledge. Recent developments in Intellectual Property Right (IPR) law are evaluated to determine the extent to which they affect communication costs and thus future economic welfare.

A knowledge-based economy needs a welfare theory that is able to grasp and evaluate its dynamics. In this article, I have taken suggestions from Schumpeter for a dynamic welfare economics and developed some ideas for a dynamic welfare economics. These ideas acknowledge the role of knowledge for an economy. As knowledge develops cumulatively in direct interactions between people, and is not simply available off the shelve where it winds up like manna from heaven to be put to use freely, the costs of communication has a strong impact on the creation and diffusion of knowledge, and the social welfare of a country. I distinguish storage, decoding and transmission costs related to communication of knowledge, to indicate that changes in these costs will affect (future) social welfare. Recent developments in Intellectual Property Rights in the terms of their effect on communication costs, turn out to be debatable. Changes in IPRs increase the costs of communication and could therefore be a potential impediment for the dynamics of the economy, and thus for future social welfare. The conclusion drawn by Romer (1993, p. 66) that an economics of ideas requires “a policy of openness with few distortions” would thus find support (cf. Nelson, 2004).