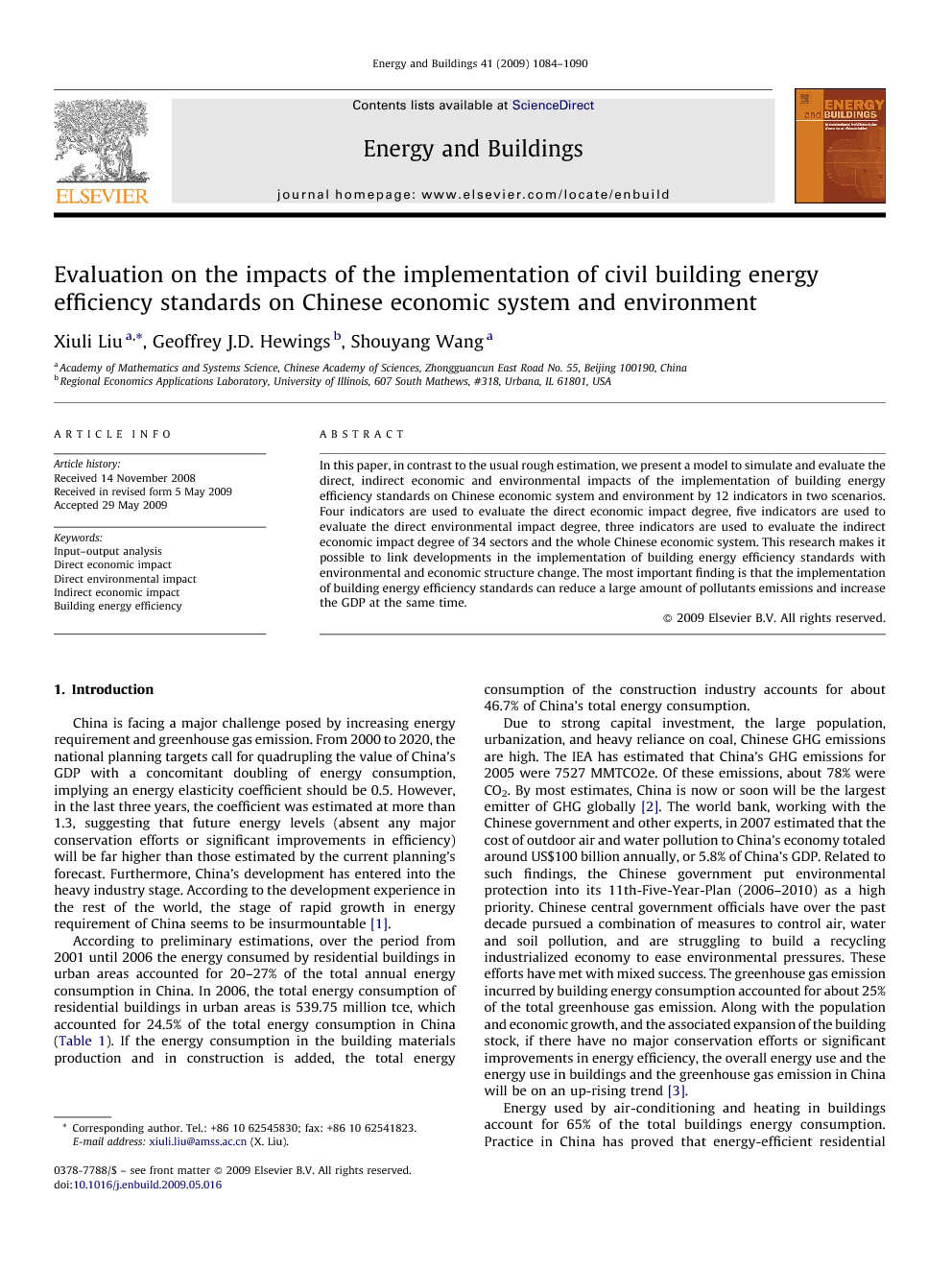 The evaluation results of the direct economic and environmental impacts of the implementation of BEES in scenario k can be seen in Fig. 2. There have nine indicators, in which CDE, SDE, NOE, SER, QSW are indicators about direct environmental impact, other indicators are about direct economic impact. Fig. 3 shows that seven indicators have negative impact degrees, in which CEE has the biggest absolute direct impact degree. This reveals that the implementation of BEES in scenario k can reduce large amount of expenditure on the buildings energy consumption, which could bring benefits for residents and government directly. There are two indicators CIU and CII that have positive impact degrees. It shows the implementation of BEES will promote the development of construction industry and construction material industry directly. CII is derived from the increased sales income of newly built urban energy-efficient residential buildings. In scenario k = 1, the floor area of the newly built urban energy-efficient residential buildings is bigger than that in scenario k = 2, so the CII in scenario k = 1 is bigger than that in scenario k = 2. The graphs of CDE, SDE, NOE, SER, QSW in Fig. 3 show the implementation of BEES has remarkable effect on main pollutants emissions reduction and water saving for energy saving. The key reasons are as follows. In china about 78% of electricity is thermal power2 that uses coal as primal fuel, which lead to a large amount of pollutant emissions. In 2005, 51% sulfur dioxide emission was from thermal power production in China [36]. To produce thermal power is also water consumed. To save 1 kW-h electricity equals to save 4 l of water on average3. The building energy consumption for heating in cold and freezing climate zone accounts for about 34% of the total building energy consumption per year [35]. Most of the fuel used for heating is also the coal. In scenario k = 2, more energy is saved therefore its environmental effects are more remarkable than those in scenario k = 1. We can see the indirect economic impacts of the implementation of BEES on total output of sector 17 (coal, oil and natural gas, electricity, heat, water production and supply) and on sector 8 (petroleum processing, coking and nuclear fuel processing) are negative, while its indirect economic impacts on total output and value added of other sectors are positive (Fig. 4). It has been shown by CEE that the implementation of BEES will lead to a significant reduction in building energy consumption directly, sector 17 and sector 8 are energy production and supply sectors and their total output will surely be reduced. On the other hand, through the interaction and mutual influence among various industries in the national economic system, the direct economic impacts will promote the development of other industries and make their total output increase. In Fig. 4, the changed degree of total output of sector 27 (tourism) is the largest followed by sector 28 (scientific research), sector 20 (post and telecommunications), sector 14 (instruments, meters, cultural and office machinery) and sector 33 (culture and arts, sports, entertainment), etc. In scenario k = 2, more floor area was adopted BEES than in scenario k = 1 therefore the absolute changed degrees of 34 sectors’ total outputs for the implementation of BEES in scenario k = 2 are bigger than those in scenario k = 1. The total economic impacts of the implementation of BEES on total output and total value added are positive (Fig. 5). These impacts are likely to continue to the future and increase as a higher proportion of buildings adopted the new energy efficiency standards. Although figures of CTO and CVA are small (Fig. 5), considering the implementation of BEES has remarkable effect on pollutants emission reduction, this is particularly interesting result which points out a practical way to save energy and reduce pollutants emission. The method in this paper can also be used in other countries. For example, it has been applied in Brazil after it was introduced and discussed on a seminar at Illinois University.