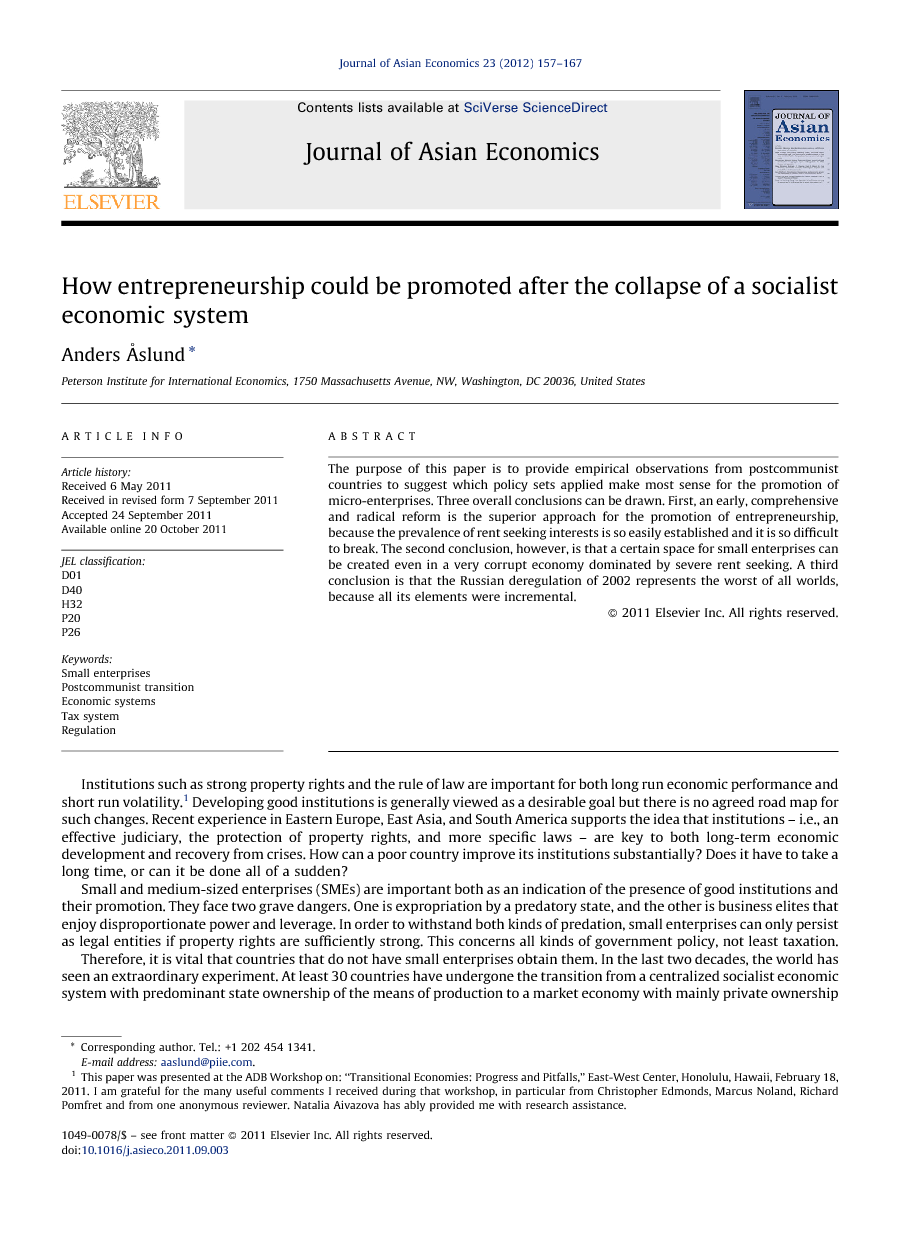 The purpose of this paper is to provide empirical observations from postcommunist countries to suggest which policy sets applied make most sense for the promotion of micro-enterprises. Three overall conclusions can be drawn. First, an early, comprehensive and radical reform is the superior approach for the promotion of entrepreneurship, because the prevalence of rent seeking interests is so easily established and it is so difficult to break. The second conclusion, however, is that a certain space for small enterprises can be created even in a very corrupt economy dominated by severe rent seeking. A third conclusion is that the Russian deregulation of 2002 represents the worst of all worlds, because all its elements were incremental.