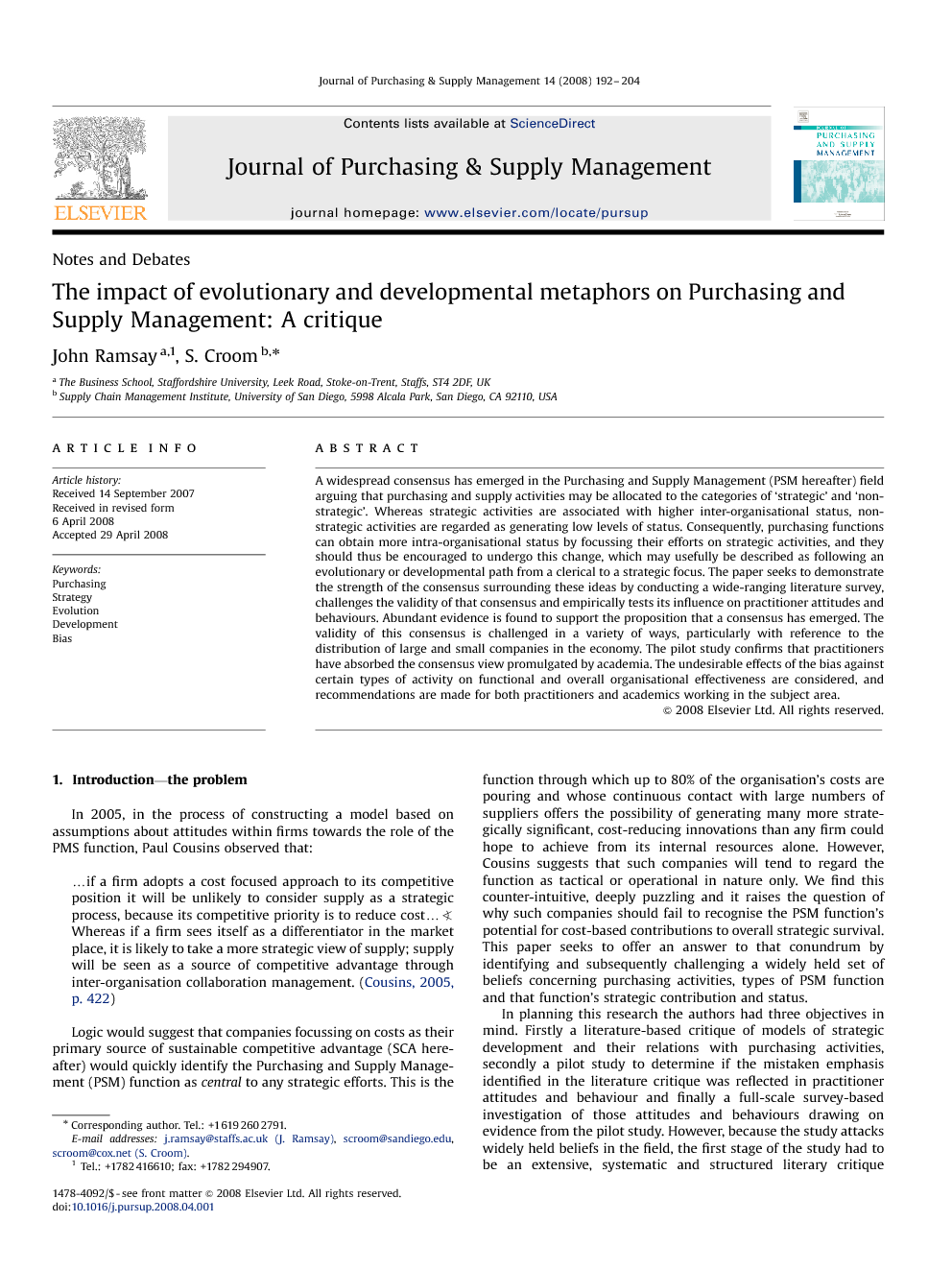 A widespread consensus has emerged in the Purchasing and Supply Management (PSM hereafter) field arguing that purchasing and supply activities may be allocated to the categories of ‘strategic’ and ‘non-strategic’. Whereas strategic activities are associated with higher inter-organisational status, non-strategic activities are regarded as generating low levels of status. Consequently, purchasing functions can obtain more intra-organisational status by focussing their efforts on strategic activities, and they should thus be encouraged to undergo this change, which may usefully be described as following an evolutionary or developmental path from a clerical to a strategic focus. The paper seeks to demonstrate the strength of the consensus surrounding these ideas by conducting a wide-ranging literature survey, challenges the validity of that consensus and empirically tests its influence on practitioner attitudes and behaviours. Abundant evidence is found to support the proposition that a consensus has emerged. The validity of this consensus is challenged in a variety of ways, particularly with reference to the distribution of large and small companies in the economy. The pilot study confirms that practitioners have absorbed the consensus view promulgated by academia. The undesirable effects of the bias against certain types of activity on functional and overall organisational effectiveness are considered, and recommendations are made for both practitioners and academics working in the subject area.