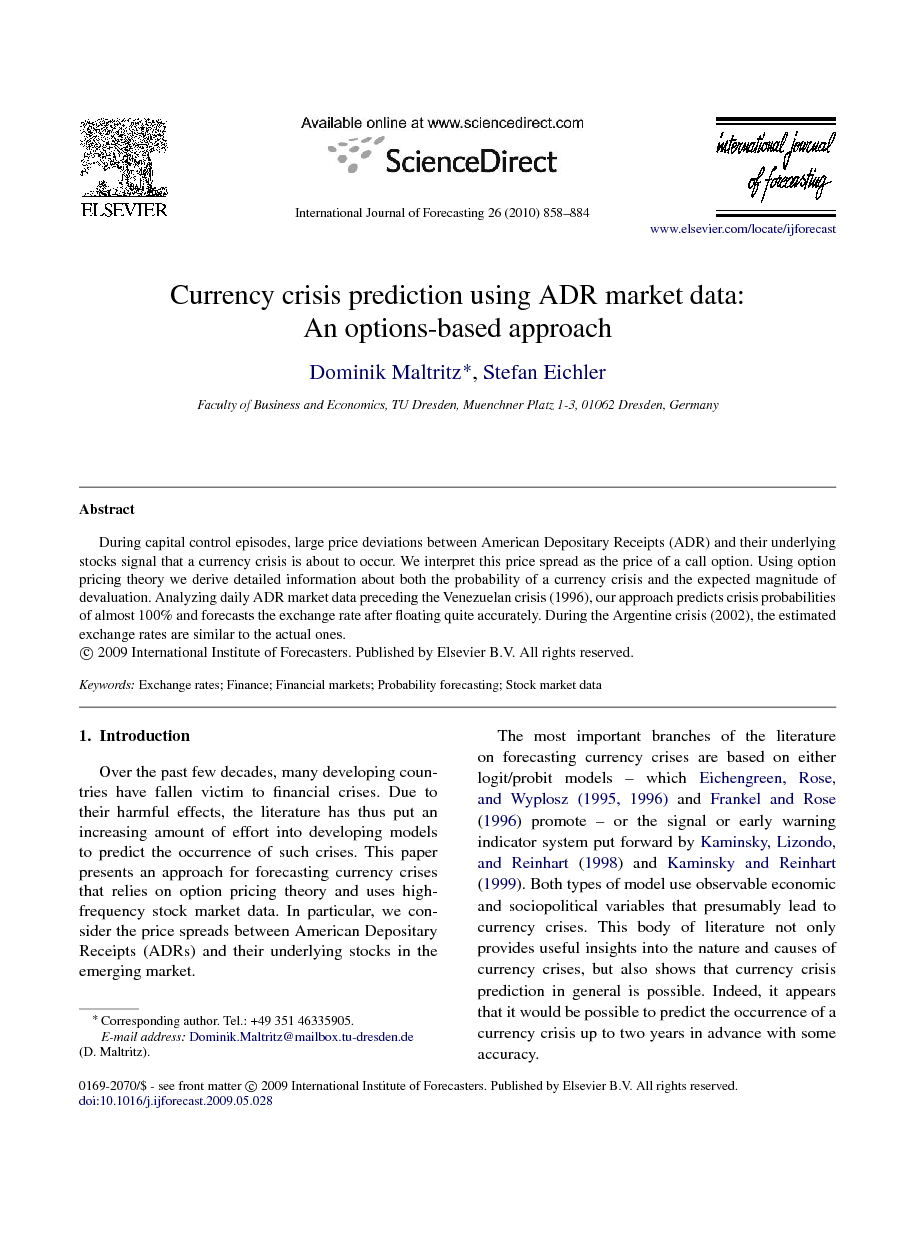 Based on 69 sample countries, this paper examines the effect of macroeconomic fundamentals on real effective exchange rates (REER) in these sample countries. Using the misalignment of actual REER from its equilibrium level, we have estimated the factors explaining the extent of currency over- or under-valuation. Overall, we find that the higher the flexibility of the currency regime, the lower is the misalignment. The estimates are robust to different sub-samples of countries. We then explore the impact of such misalignment on the probability of a currency crisis in the next period, indicating the extent to which misalignment could be used as a leading indicator of a potential crisis. This paper thus makes a new contribution to the debate on the choice of exchange rate regime by bringing together real exchange rate misalignment and currency crisis literature.

Real exchange rate fluctuations have important consequences for competitiveness, fiscal sustainability and monetary policy. We identify macroeconomic fundamentals that exhibit a significant long-run relationship to REER, and we interpret deviations from the long-run equilibrium as misalignment. In many emerging market economies in the 1990s, REER series reflected large exchange rate overvaluations in the run-up to many financial crises. Based on 69 sample countries, using the misalignment of actual REER from its equilibrium level, we have estimated the role of exchange rate regimes in explaining the extent of currency over- or undervaluation. We find that the higher the flexibility of the regime, the lower is the misalignment and thus the lower is the likelihood of an impending crisis. Higher misalignment in the lead up to the currency crisis in most of the crisis-hit countries suggests that monitoring currency valuation relative to an equilibrium value is important and therefore measuring the extent of REER misalignment can contribute to prevent currency crises by indicating to policy makers the need for a change of policy. This paper suggests that a more flexible exchange rate policy is inevitable to minimise the degree of misalignment, although it has the disadvantage of raising nominal exchange rate volatility.