عنوان انگلیسی
With a little help from an anchor: Discussion and evidence of anchoring effects in contingent valuation
دانلود فوری مقاله + سفارش ترجمه 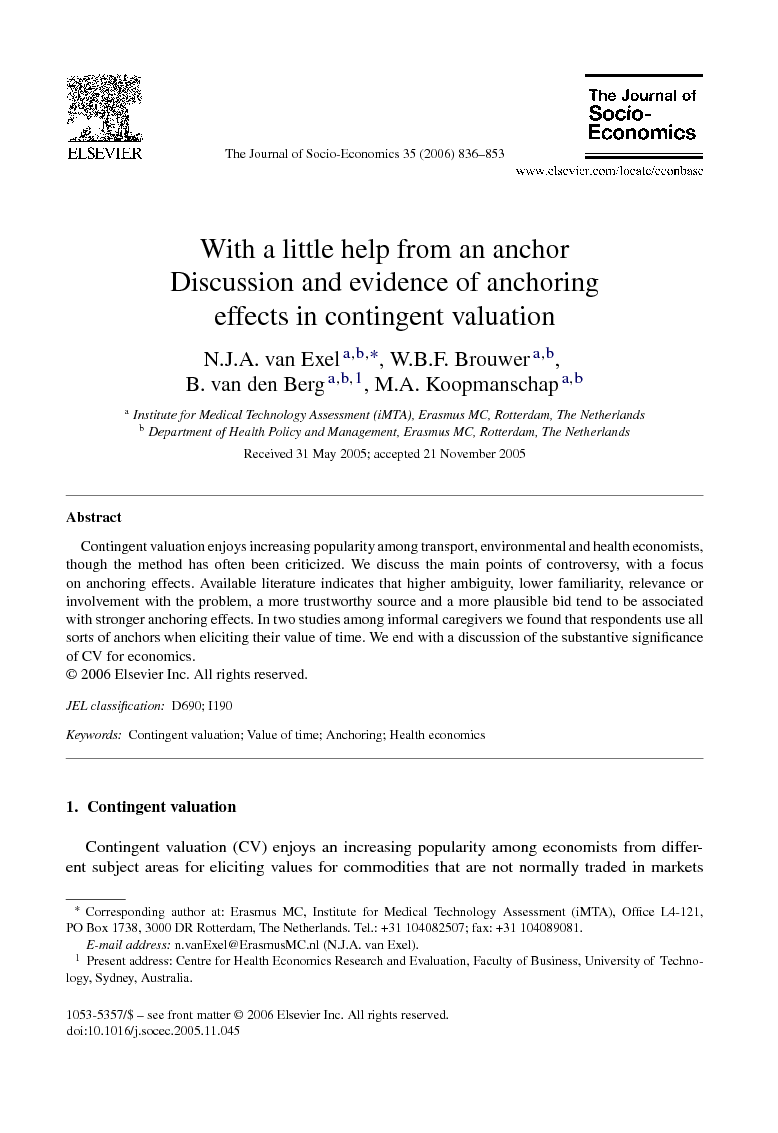 Contingent valuation enjoys increasing popularity among transport, environmental and health economists, though the method has often been criticized. We discuss the main points of controversy, with a focus on anchoring effects. Available literature indicates that higher ambiguity, lower familiarity, relevance or involvement with the problem, a more trustworthy source and a more plausible bid tend to be associated with stronger anchoring effects. In two studies among informal caregivers we found that respondents use all sorts of anchors when eliciting their value of time. We end with a discussion of the substantive significance of CV for economics.