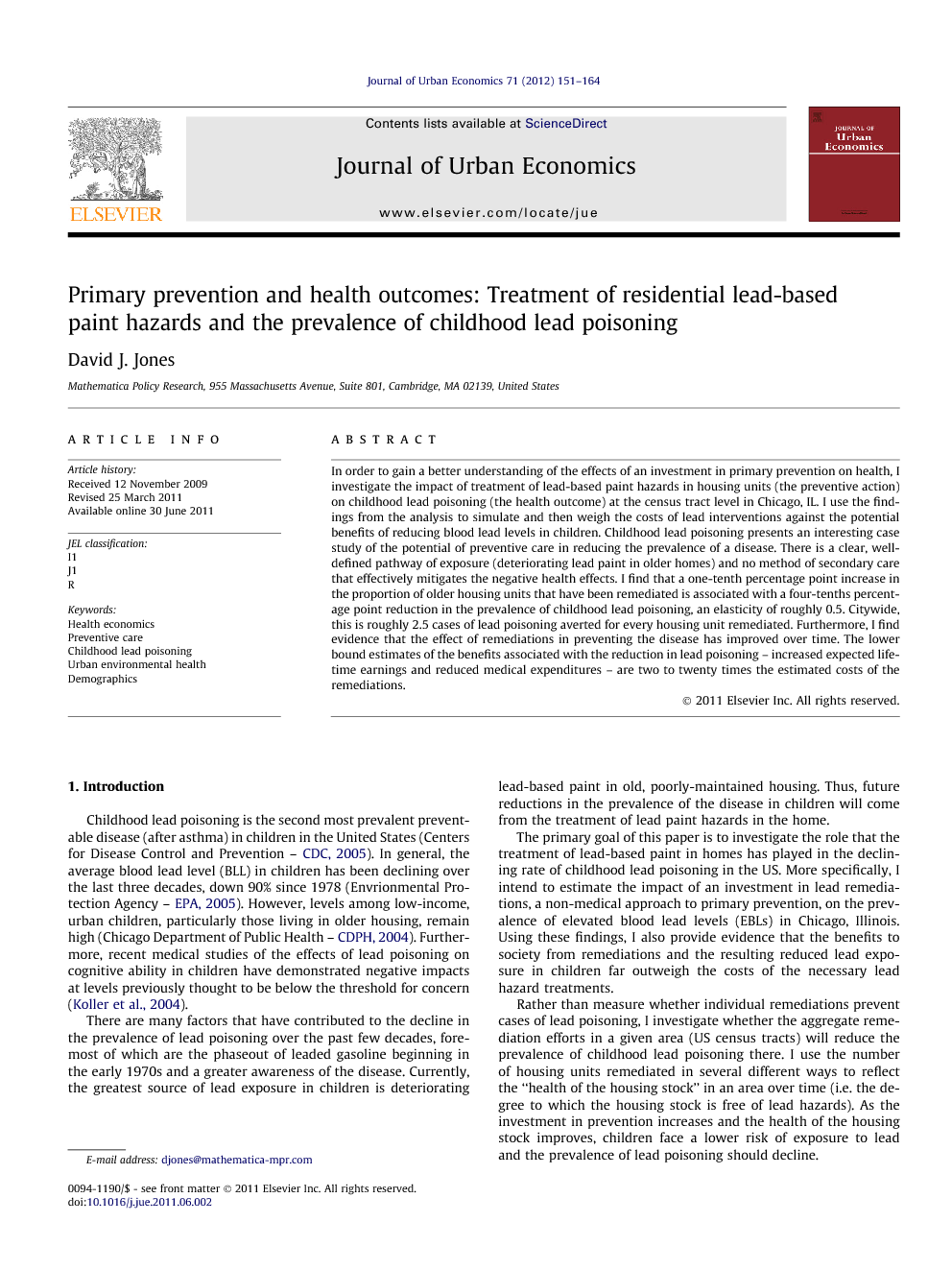 In order to gain a better understanding of the effects of an investment in primary prevention on health, I investigate the impact of treatment of lead-based paint hazards in housing units (the preventive action) on childhood lead poisoning (the health outcome) at the census tract level in Chicago, IL. I use the findings from the analysis to simulate and then weigh the costs of lead interventions against the potential benefits of reducing blood lead levels in children. Childhood lead poisoning presents an interesting case study of the potential of preventive care in reducing the prevalence of a disease. There is a clear, well-defined pathway of exposure (deteriorating lead paint in older homes) and no method of secondary care that effectively mitigates the negative health effects. I find that a one-tenth percentage point increase in the proportion of older housing units that have been remediated is associated with a four-tenths percentage point reduction in the prevalence of childhood lead poisoning, an elasticity of roughly 0.5. Citywide, this is roughly 2.5 cases of lead poisoning averted for every housing unit remediated. Furthermore, I find evidence that the effect of remediations in preventing the disease has improved over time. The lower bound estimates of the benefits associated with the reduction in lead poisoning – increased expected lifetime earnings and reduced medical expenditures – are two to twenty times the estimated costs of the remediations.