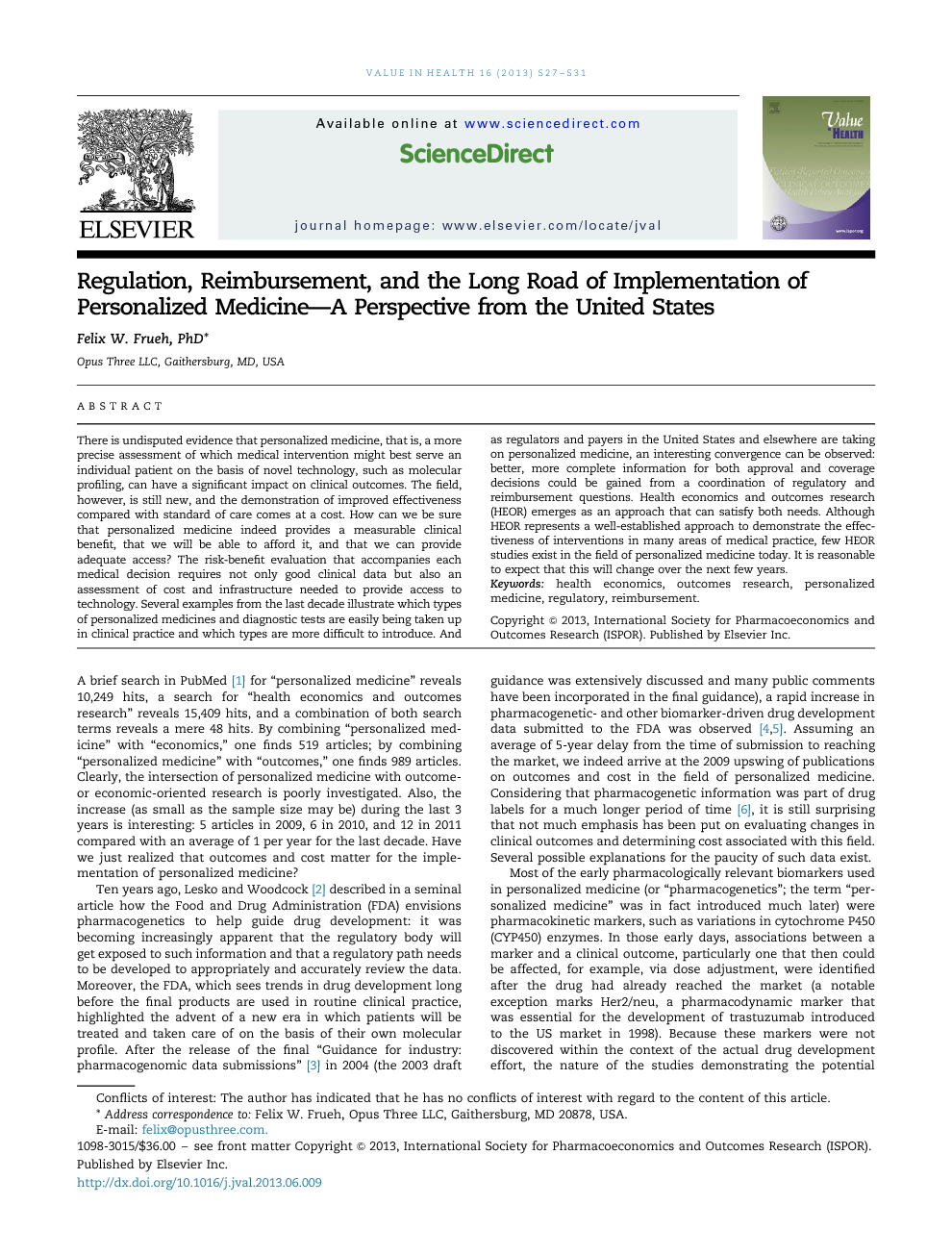 There is undisputed evidence that personalized medicine, that is, a more precise assessment of which medical intervention might best serve an individual patient on the basis of novel technology, such as molecular profiling, can have a significant impact on clinical outcomes. The field, however, is still new, and the demonstration of improved effectiveness compared with standard of care comes at a cost. How can we be sure that personalized medicine indeed provides a measurable clinical benefit, that we will be able to afford it, and that we can provide adequate access? The risk-benefit evaluation that accompanies each medical decision requires not only good clinical data but also an assessment of cost and infrastructure needed to provide access to technology. Several examples from the last decade illustrate which types of personalized medicines and diagnostic tests are easily being taken up in clinical practice and which types are more difficult to introduce. And as regulators and payers in the United States and elsewhere are taking on personalized medicine, an interesting convergence can be observed: better, more complete information for both approval and coverage decisions could be gained from a coordination of regulatory and reimbursement questions. Health economics and outcomes research (HEOR) emerges as an approach that can satisfy both needs. Although HEOR represents a well-established approach to demonstrate the effectiveness of interventions in many areas of medical practice, few HEOR studies exist in the field of personalized medicine today. It is reasonable to expect that this will change over the next few years.