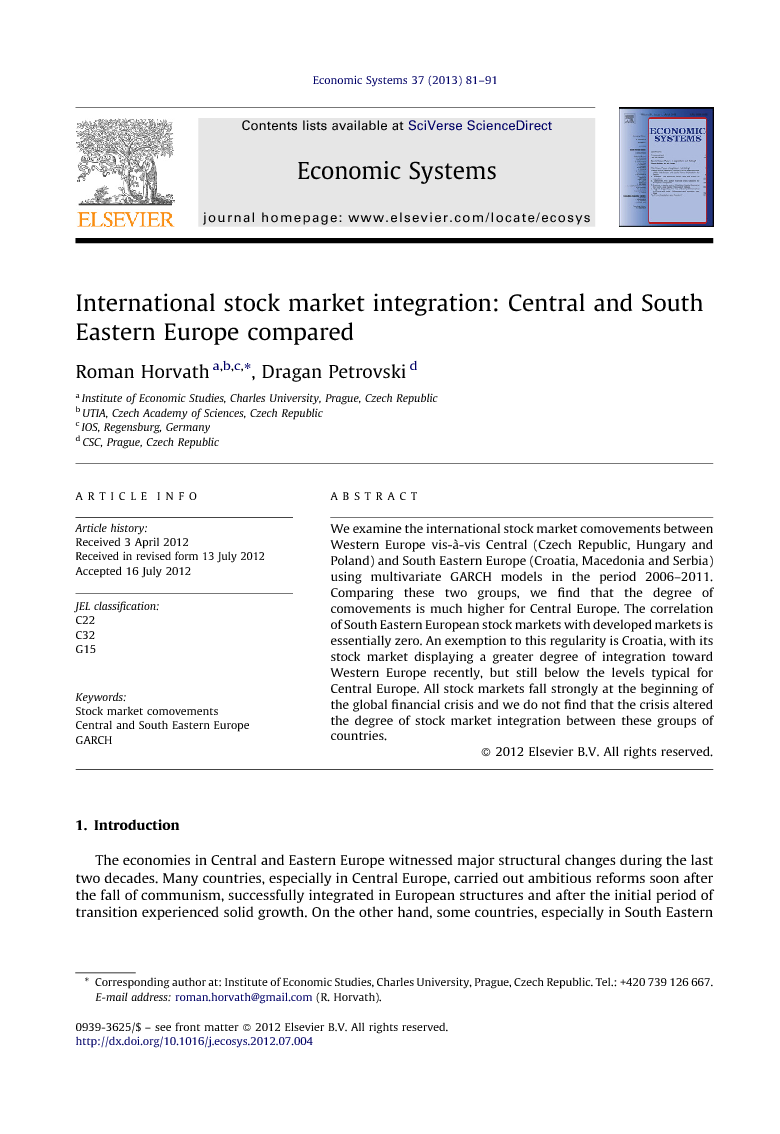 We examine the international stock market comovements between Western Europe vis-à-vis Central (Czech Republic, Hungary and Poland) and South Eastern Europe (Croatia, Macedonia and Serbia) using multivariate GARCH models in the period 2006–2011. Comparing these two groups, we find that the degree of comovements is much higher for Central Europe. The correlation of South Eastern European stock markets with developed markets is essentially zero. An exemption to this regularity is Croatia, with its stock market displaying a greater degree of integration toward Western Europe recently, but still below the levels typical for Central Europe. All stock markets fall strongly at the beginning of the global financial crisis and we do not find that the crisis altered the degree of stock market integration between these groups of countries.