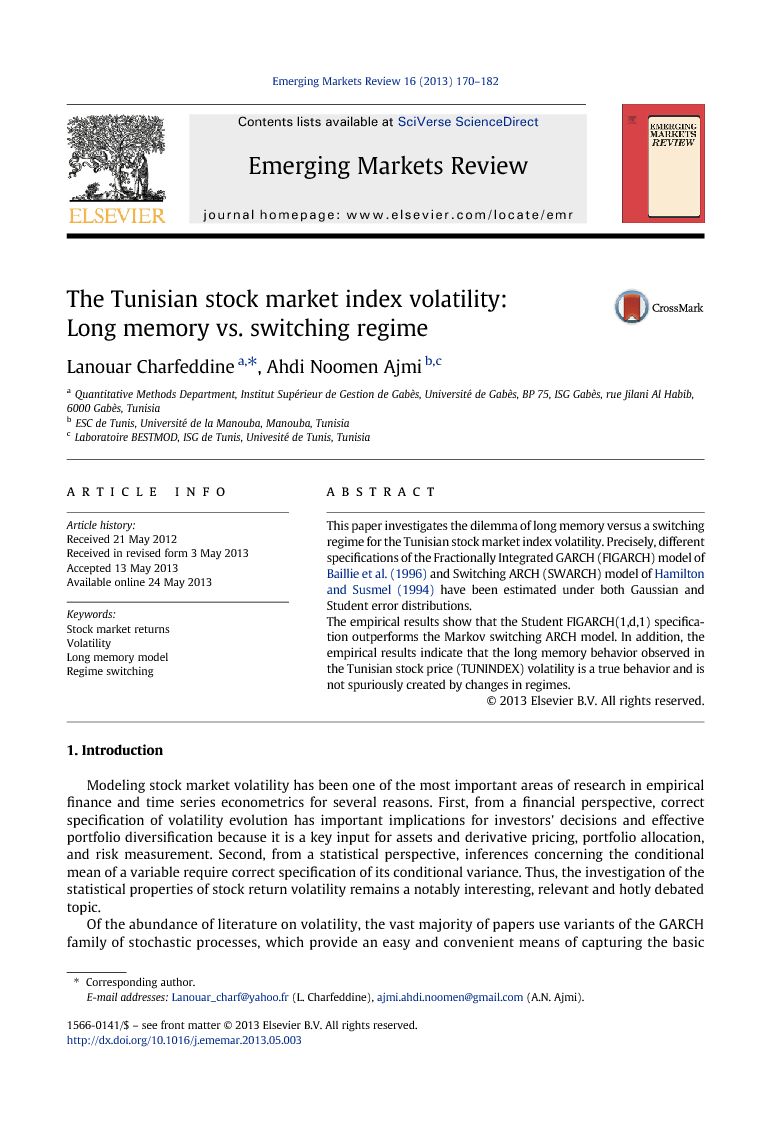 This paper investigates the dilemma of long memory versus a switching regime for the Tunisian stock market index volatility. Precisely, different specifications of the Fractionally Integrated GARCH (FIGARCH) model of Baillie et al. (1996) and Switching ARCH (SWARCH) model of Hamilton and Susmel (1994) have been estimated under both Gaussian and Student error distributions. The empirical results show that the Student FIGARCH(1,d,1) specification outperforms the Markov switching ARCH model. In addition, the empirical results indicate that the long memory behavior observed in the Tunisian stock price (TUNINDEX) volatility is a true behavior and is not spuriously created by changes in regimes.