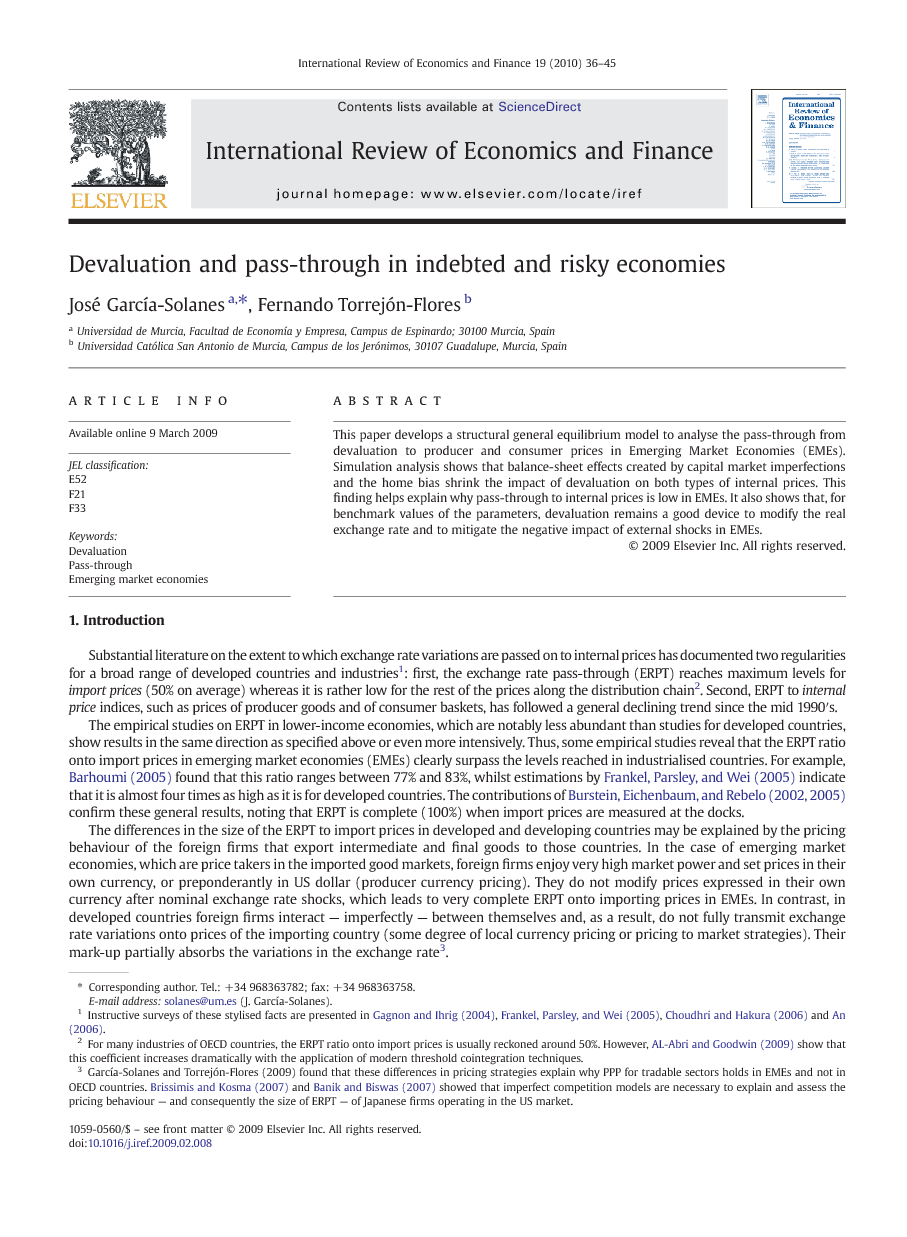 This paper develops a structural general equilibrium model to analyse the pass-through from devaluation to producer and consumer prices in Emerging Market Economies (EMEs). Simulation analysis shows that balance-sheet effects created by capital market imperfections and the home bias shrink the impact of devaluation on both types of internal prices. This finding helps explain why pass-through to internal prices is low in EMEs. It also shows that, for benchmark values of the parameters, devaluation remains a good device to modify the real exchange rate and to mitigate the negative impact of external shocks in EMEs.

In this paper we have analysed the extent to which balance-sheet effects and the home bias affect the transmission of currency devaluation to internal prices in emerging market economies. To perform this task, we have built and simulated a structural general equilibrium model, in the stream of the New Open Economy Macroeconomic modelling, which embeds important features of risky and indebted emerging market economies. Under reasonable parameters drawn from the recent literature, which include, among others, the probability of adjusting prices in the current period and the ratio of total private consumption over domestic output, we obtain that balance-sheet parameters, the home bias and flexibility in the exchange rate contribute to substantially weaken the effects of devaluation on both the price of internally produced goods (pHE) and the price of the consumption basket (pE). Since, in our model, ERPT is complete for import prices, and exchange rate flexibility is an important element of inflation targeting strategies, it is apparent that balance-sheet effects contribute to explain the two ERPT regularities stressed in the Introduction of this paper. Consequently, in essence, our findings indicate that for many emerging market economies — those that are not considered as financially vulnerable and/or very closed countries —, devaluation is a good tool to alter the real exchange rate and thus mitigate the impact of adverse external shocks11. Moreover, currency devaluation does not seem to obstruct the control of inflation in these economies.