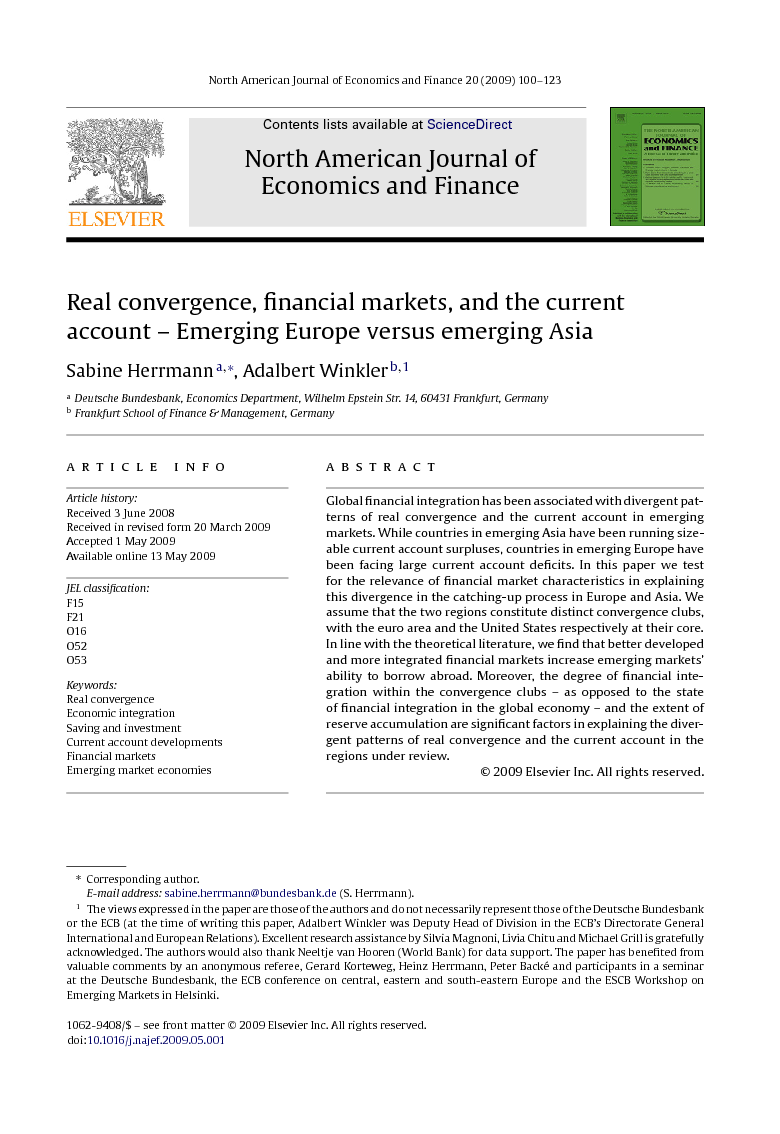 Global financial integration has been associated with divergent patterns of real convergence and the current account in emerging markets. While countries in emerging Asia have been running sizeable current account surpluses, countries in emerging Europe have been facing large current account deficits. In this paper we test for the relevance of financial market characteristics in explaining this divergence in the catching-up process in Europe and Asia. We assume that the two regions constitute distinct convergence clubs, with the euro area and the United States respectively at their core. In line with the theoretical literature, we find that better developed and more integrated financial markets increase emerging markets’ ability to borrow abroad. Moreover, the degree of financial integration within the convergence clubs – as opposed to the state of financial integration in the global economy – and the extent of reserve accumulation are significant factors in explaining the divergent patterns of real convergence and the current account in the regions under review.