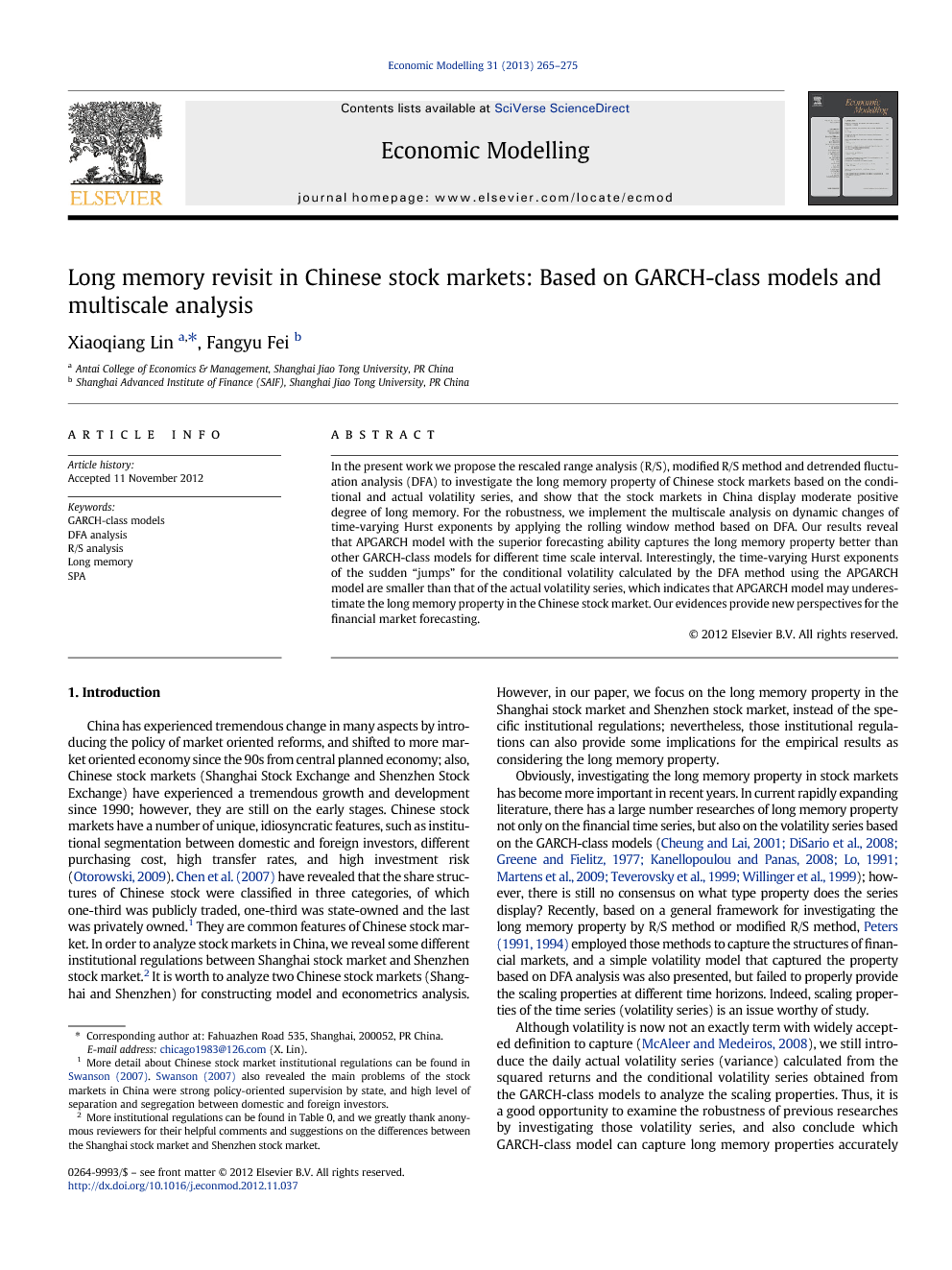 In the present work we propose the rescaled range analysis (R/S), modified R/S method and detrended fluctuation analysis (DFA) to investigate the long memory property of Chinese stock markets based on the conditional and actual volatility series, and show that the stock markets in China display moderate positive degree of long memory. For the robustness, we implement the multiscale analysis on dynamic changes of time-varying Hurst exponents by applying the rolling window method based on DFA. Our results reveal that APGARCH model with the superior forecasting ability captures the long memory property better than other GARCH-class models for different time scale interval. Interestingly, the time-varying Hurst exponents of the sudden “jumps” for the conditional volatility calculated by the DFA method using the APGARCH model are smaller than that of the actual volatility series, which indicates that APGARCH model may underestimate the long memory property in the Chinese stock market. Our evidences provide new perspectives for the financial market forecasting.