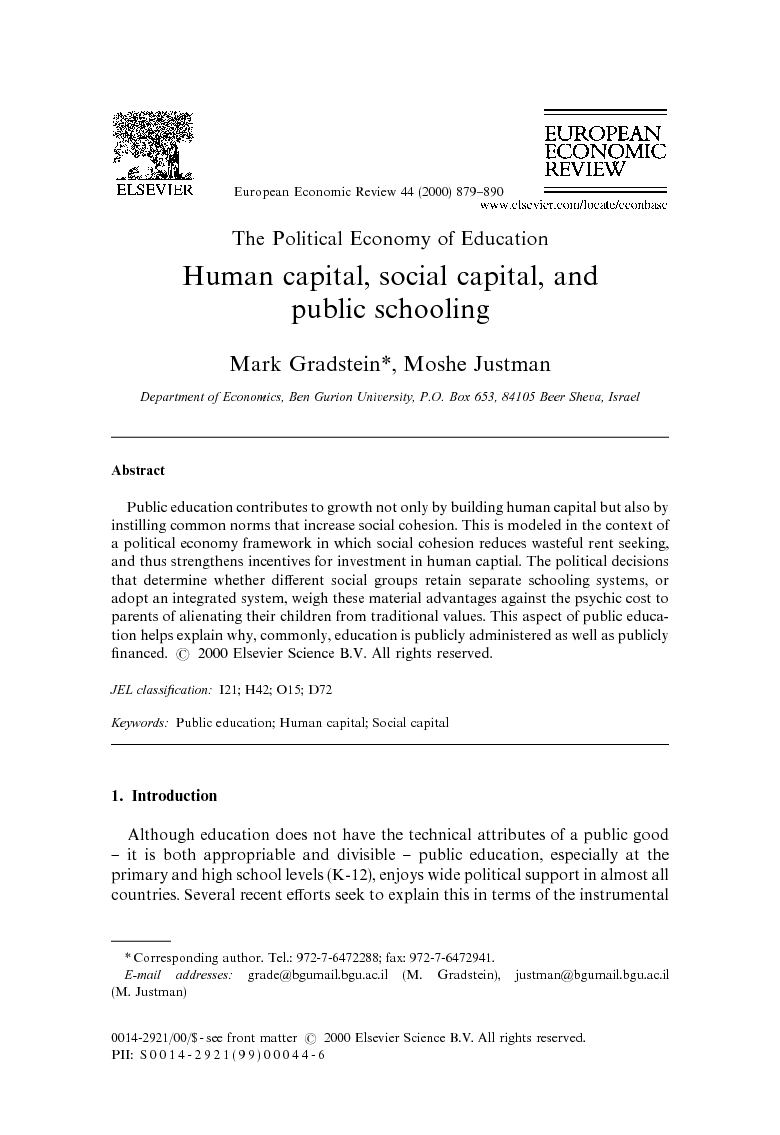 Public education contributes to growth not only by building human capital but also by instilling common norms that increase social cohesion. This is modeled in the context of a political economy framework in which social cohesion reduces wasteful rent seeking, and thus strengthens incentives for investment in human captial. The political decisions that determine whether different social groups retain separate schooling systems, or adopt an integrated system, weigh these material advantages against the psychic cost to parents of alienating their children from traditional values. This aspect of public education helps explain why, commonly, education is publicly administered as well as publicly financed.

The economic growth literature, while underscoring the importance of schooling for the accumulation of human capital, has largely disregarded the contribution of public education to social capital. Yet historians of education systems emphasize this aspect of schooling as a primary objective of public education. Public education, especially in early stages of nation building, plays a key role in promoting social cohesion and reducing ethnic tensions. Moreover, recent evidence has shown that the measurable dimensions of social capital – observed levels of trust, voluntarism and social participation – have a significant positive association with growth. The present paper offers a formal model of this aspect of public education, describing a twofold effect of social cohesion on growth. A lessening of social tensions reduces wasteful rent-seeking activities, which increases the returns to human capital and promotes higher levels of investment in education. In this context, political support for public education reflects a balance between the material advantages of a common social fabric and the psychic cost to parents of relinquishing their specific cultural heritage. Hopefully, a better understanding of the role of education in building social capital can shed new light on the historical origins of public education, and on its potential contribution to economic welfare.