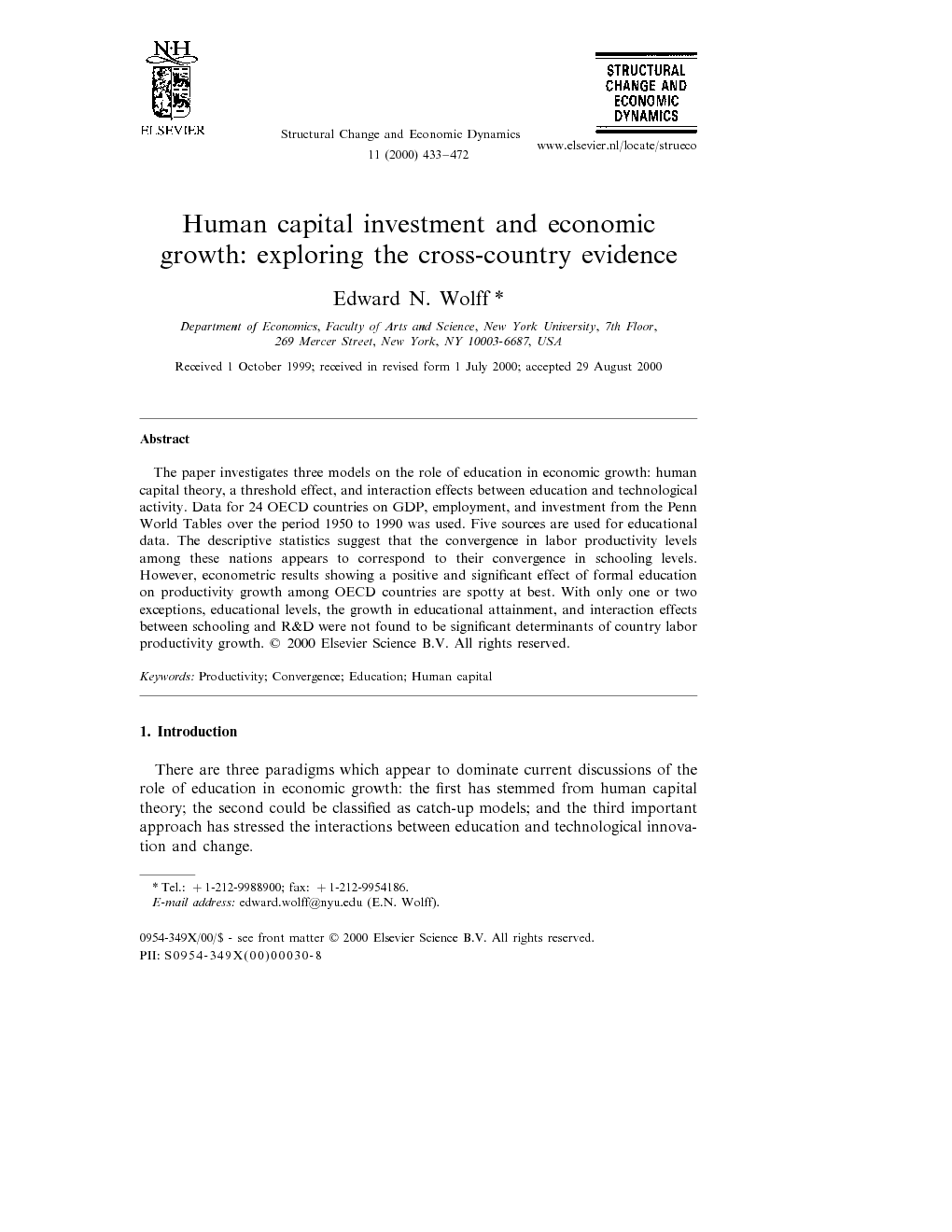 The paper investigates three models on the role of education in economic growth: human capital theory, a threshold effect, and interaction effects between education and technological activity. Data for 24 OECD countries on GDP, employment, and investment from the Penn World Tables over the period 1950 to 1990 was used. Five sources are used for educational data. The descriptive statistics suggest that the convergence in labor productivity levels among these nations appears to correspond to their convergence in schooling levels. However, econometric results showing a positive and significant effect of formal education on productivity growth among OECD countries are spotty at best. With only one or two exceptions, educational levels, the growth in educational attainment, and interaction effects between schooling and R&D were not found to be significant determinants of country labor productivity growth.

There are three paradigms which appear to dominate current discussions of the role of education in economic growth: the first has stemmed from human capital theory; the second could be classified as catch-up models; and the third important approach has stressed the interactions between education and technological innovation and change.