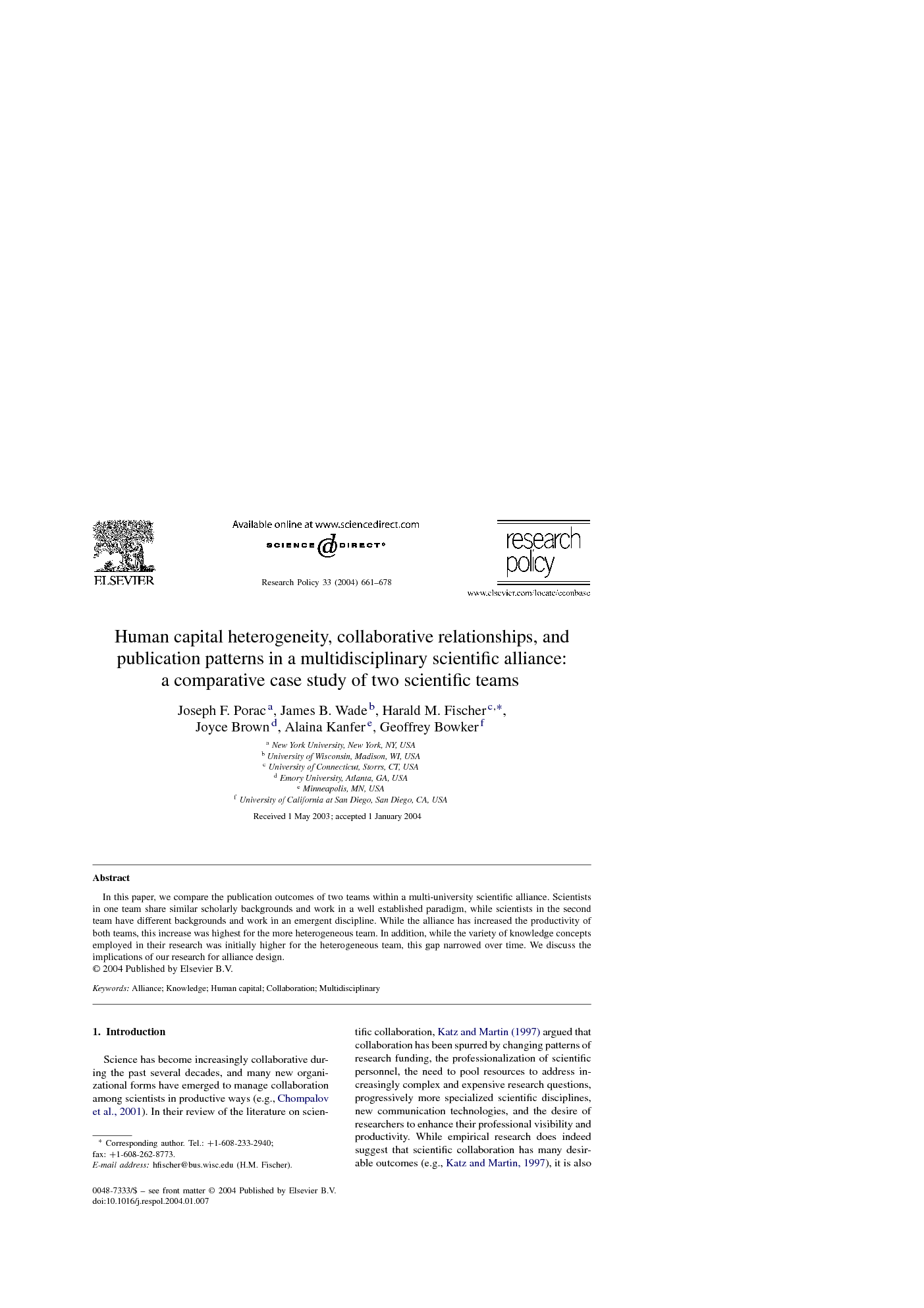 In this paper, we compare the publication outcomes of two teams within a multi-university scientific alliance. Scientists in one team share similar scholarly backgrounds and work in a well established paradigm, while scientists in the second team have different backgrounds and work in an emergent discipline. While the alliance has increased the productivity of both teams, this increase was highest for the more heterogeneous team. In addition, while the variety of knowledge concepts employed in their research was initially higher for the heterogeneous team, this gap narrowed over time. We discuss the implications of our research for alliance design.