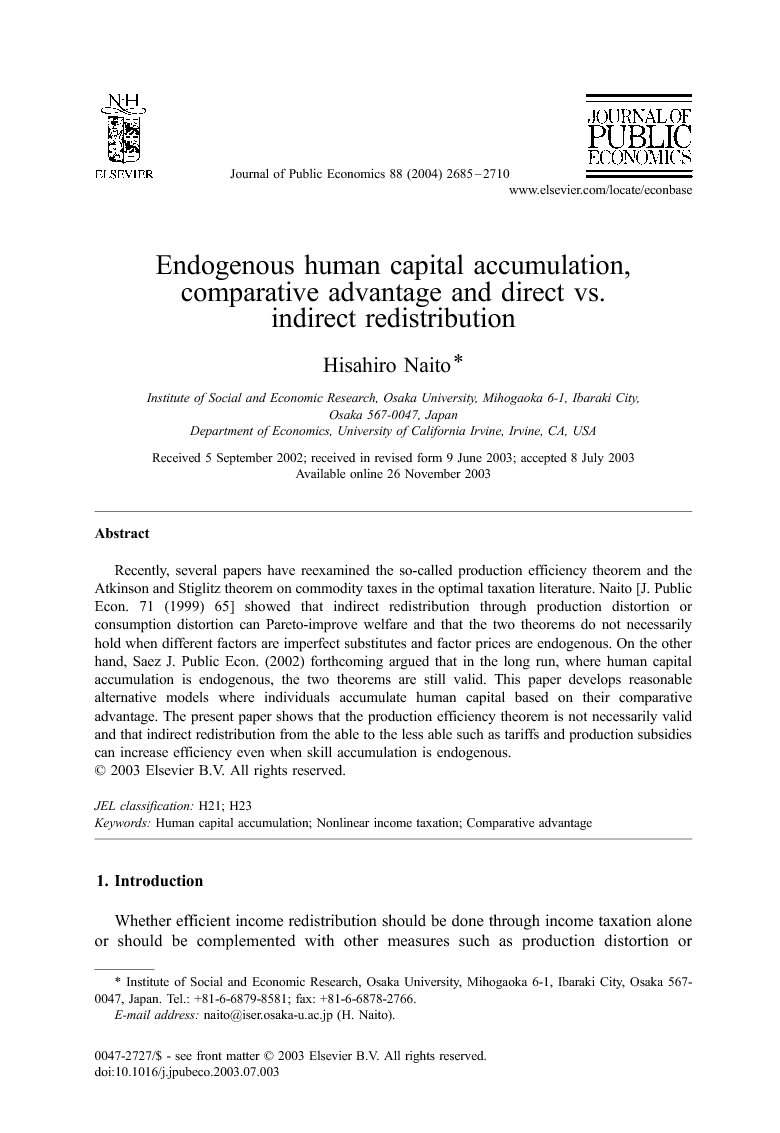 Recently, several papers have reexamined the so-called production efficiency theorem and the Atkinson and Stiglitz theorem on commodity taxes in the optimal taxation literature. Naito [J. Public Econ. 71 (1999) 65] showed that indirect redistribution through production distortion or consumption distortion can Pareto-improve welfare and that the two theorems do not necessarily hold when different factors are imperfect substitutes and factor prices are endogenous. On the other hand, Saez J. Public Econ. (2002) forthcoming argued that in the long run, where human capital accumulation is endogenous, the two theorems are still valid. This paper develops reasonable alternative models where individuals accumulate human capital based on their comparative advantage. The present paper shows that the production efficiency theorem is not necessarily valid and that indirect redistribution from the able to the less able such as tariffs and production subsidies can increase efficiency even when skill accumulation is endogenous.