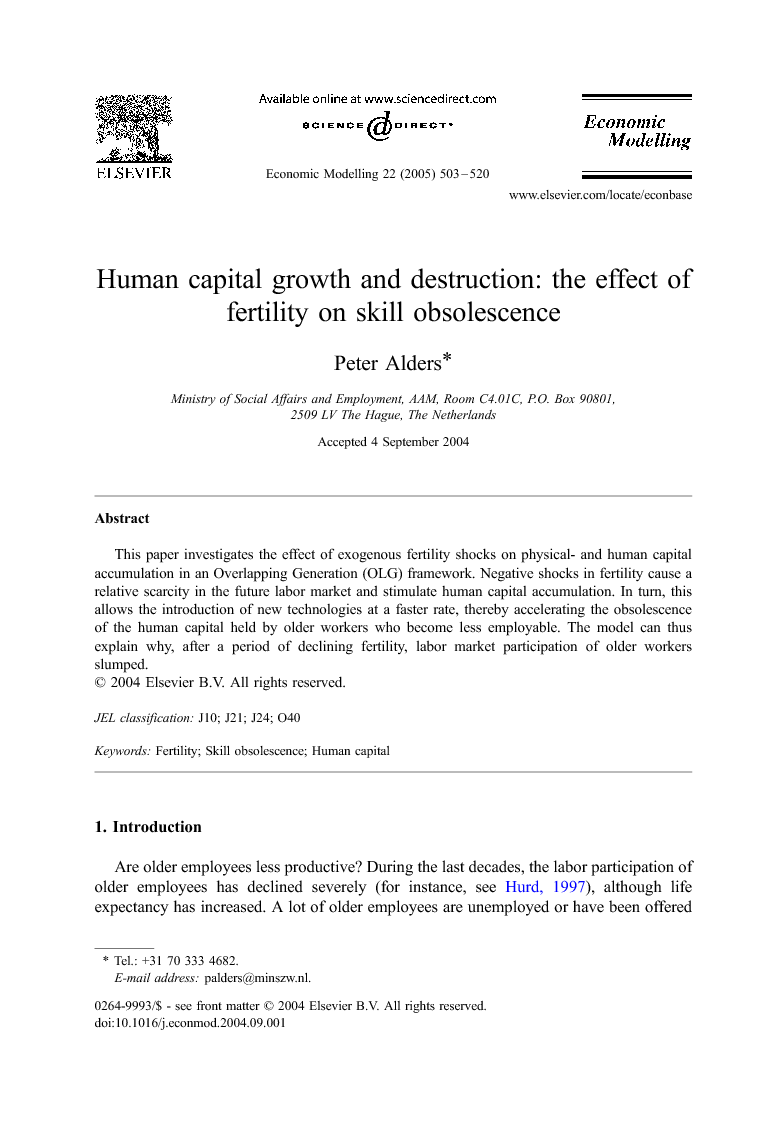 This paper investigates the effect of exogenous fertility shocks on physical- and human capital accumulation in an Overlapping Generation (OLG) framework. Negative shocks in fertility cause a relative scarcity in the future labor market and stimulate human capital accumulation. In turn, this allows the introduction of new technologies at a faster rate, thereby accelerating the obsolescence of the human capital held by older workers who become less employable. The model can thus explain why, after a period of declining fertility, labor market participation of older workers slumped.