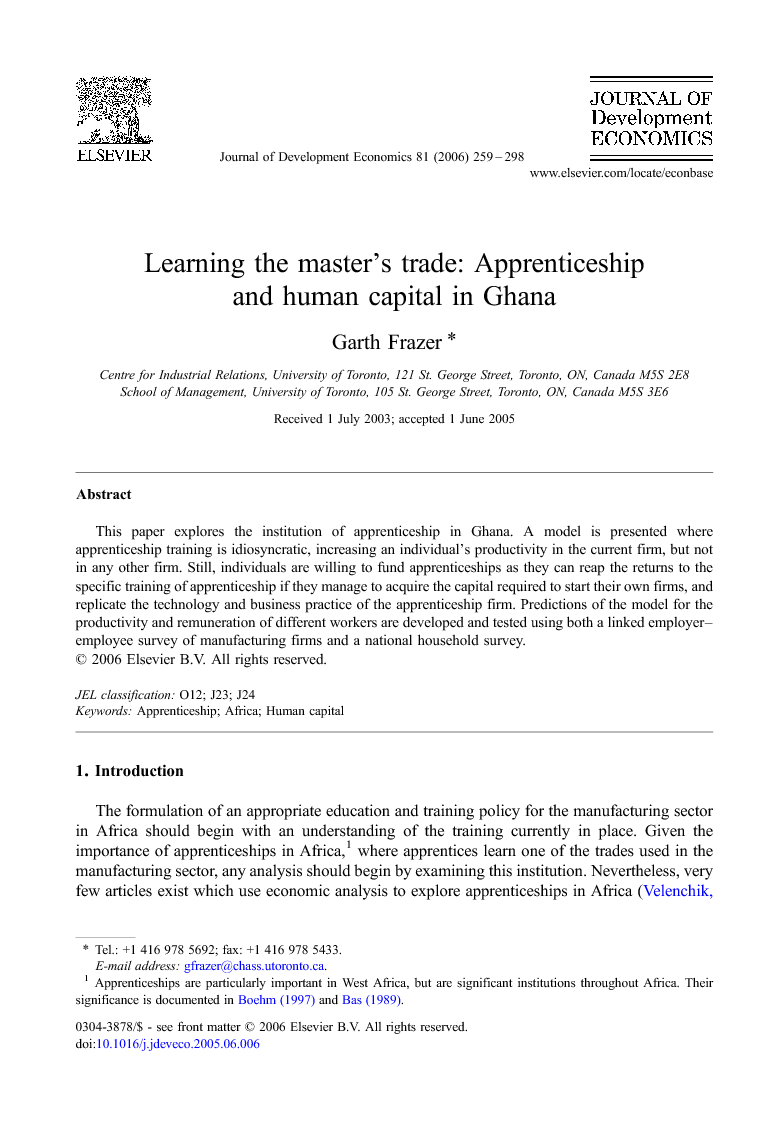 This paper explores the institution of apprenticeship in Ghana. A model is presented where apprenticeship training is idiosyncratic, increasing an individual's productivity in the current firm, but not in any other firm. Still, individuals are willing to fund apprenticeships as they can reap the returns to the specific training of apprenticeship if they manage to acquire the capital required to start their own firms, and replicate the technology and business practice of the apprenticeship firm. Predictions of the model for the productivity and remuneration of different workers are developed and tested using both a linked employer–employee survey of manufacturing firms and a national household survey.