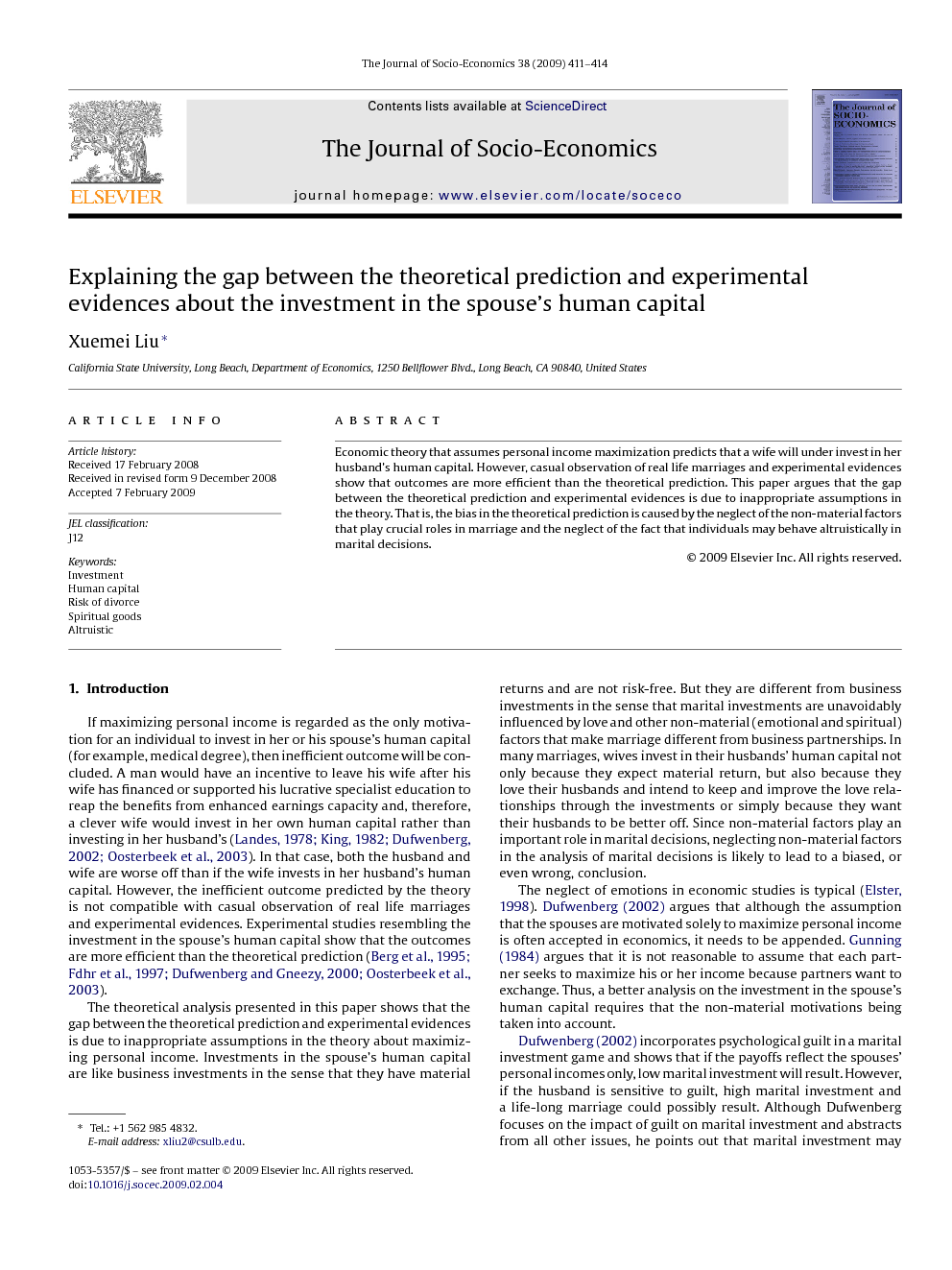 Economic theory that assumes personal income maximization predicts that a wife would under invest in her husband's human capital in the existence of risk of divorce. But casual observation of real life marriages and experimental evidences show that outcomes are more efficient than the theoretical prediction. By using a material–spiritual goods framework, I demonstrate that the gap between the theoretical prediction and experimental evidences is a direct result of the assumptions in the theory. In other words, the gap can be explained by the neglect of non-material factors and the neglect of the fact that individuals may behave altruistically in marital decisions.