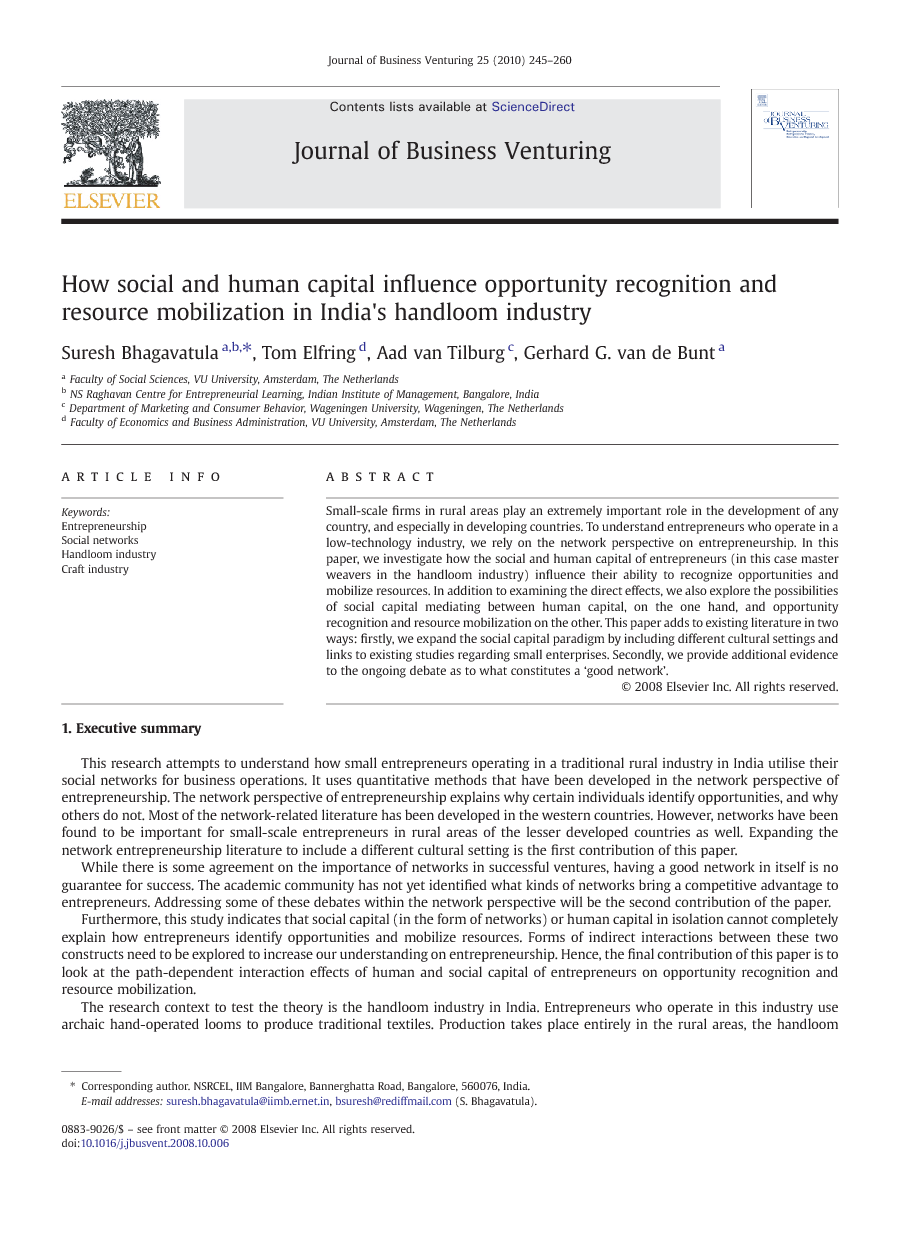 Small-scale firms in rural areas play an extremely important role in the development of any country, and especially in developing countries. To understand entrepreneurs who operate in a low-technology industry, we rely on the network perspective on entrepreneurship. In this paper, we investigate how the social and human capital of entrepreneurs (in this case master weavers in the handloom industry) influence their ability to recognize opportunities and mobilize resources. In addition to examining the direct effects, we also explore the possibilities of social capital mediating between human capital, on the one hand, and opportunity recognition and resource mobilization on the other. This paper adds to existing literature in two ways: firstly, we expand the social capital paradigm by including different cultural settings and links to existing studies regarding small enterprises. Secondly, we provide additional evidence to the ongoing debate as to what constitutes a ‘good network’.