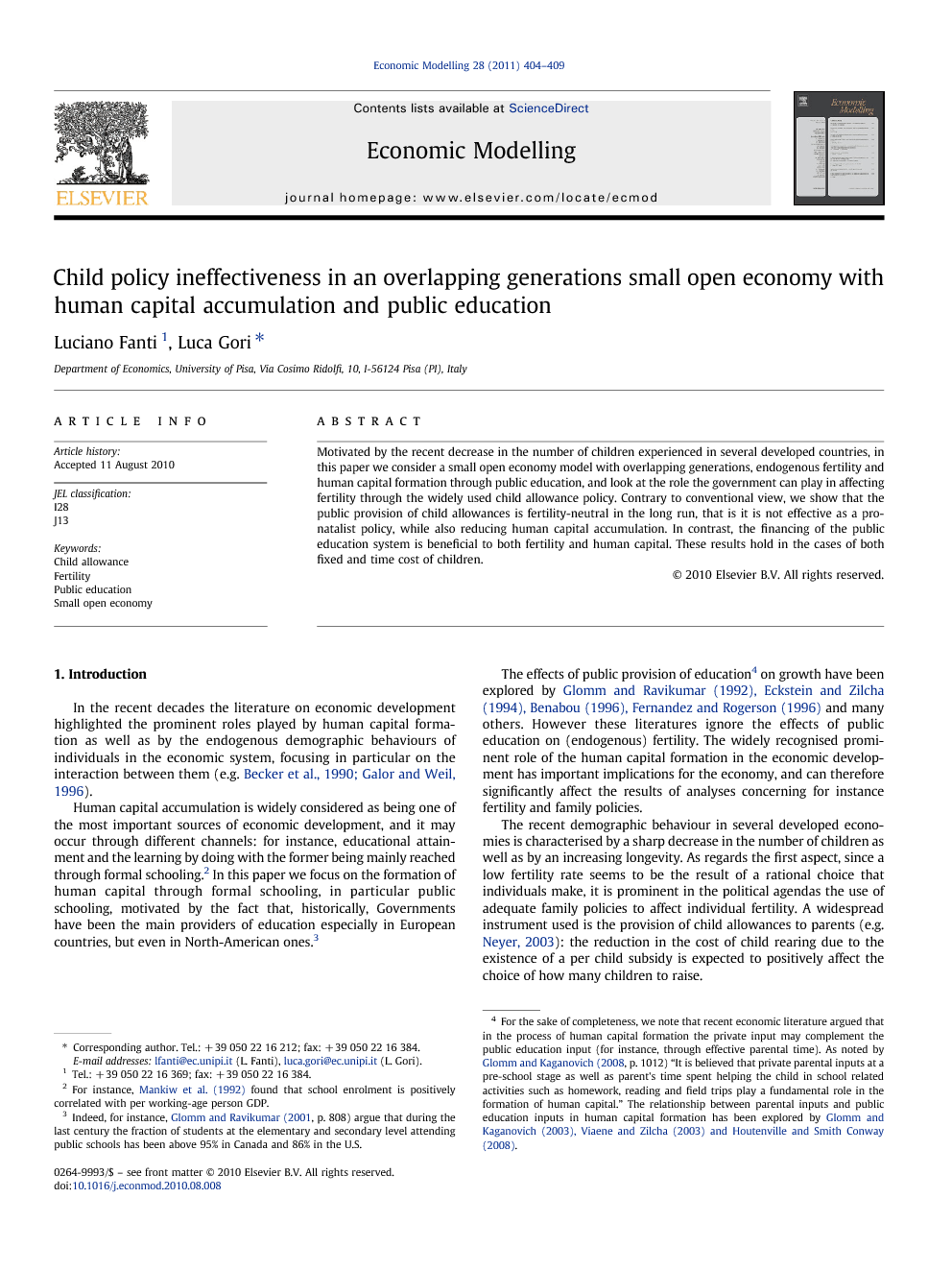 Motivated by the recent decrease in the number of children experienced in several developed countries, in this paper we consider a small open economy model with overlapping generations, endogenous fertility and human capital formation through public education, and look at the role the government can play in affecting fertility through the widely used child allowance policy. Contrary to conventional view, we show that the public provision of child allowances is fertility-neutral in the long run, that is it is not effective as a pro-natalist policy, while also reducing human capital accumulation. In contrast, the financing of the public education system is beneficial to both fertility and human capital. These results hold in the cases of both fixed and time cost of children.

This paper contributes to highlight the link between child allowance policy, public education policy and the individual demand for children in a small open economy with overlapping generations. It is shown that the child allowance policy dampens the formation of human capital and its final effect on fertility depends crucially on the relative strength of the substitution effect due to the reduced cost of children and of the income effect due to the induced reduction in the endowment of human capital. Contrary to the conventional views, child allowance policies have no effects on the individual choice of fertility, while public education can be used to enhance fertility. These results are robust regardless of whether child rearing costs are fixed or time consuming. Moreover the analysis has shown that the rate of fertility is independent of both the parents' taste for children and the rate of longevity. In conclusion the essential message is that the fertility rate in the long run positively depends only on human capital and, hence, an enlargement of the supply of public education always promotes the individual demand for children. The policy implication is that child allowances are not effective as a pro-natalist policy while also reducing the accumulation of human capital. In contrast, the provision of public education can be used as an instrument to increase both human capital and fertility.