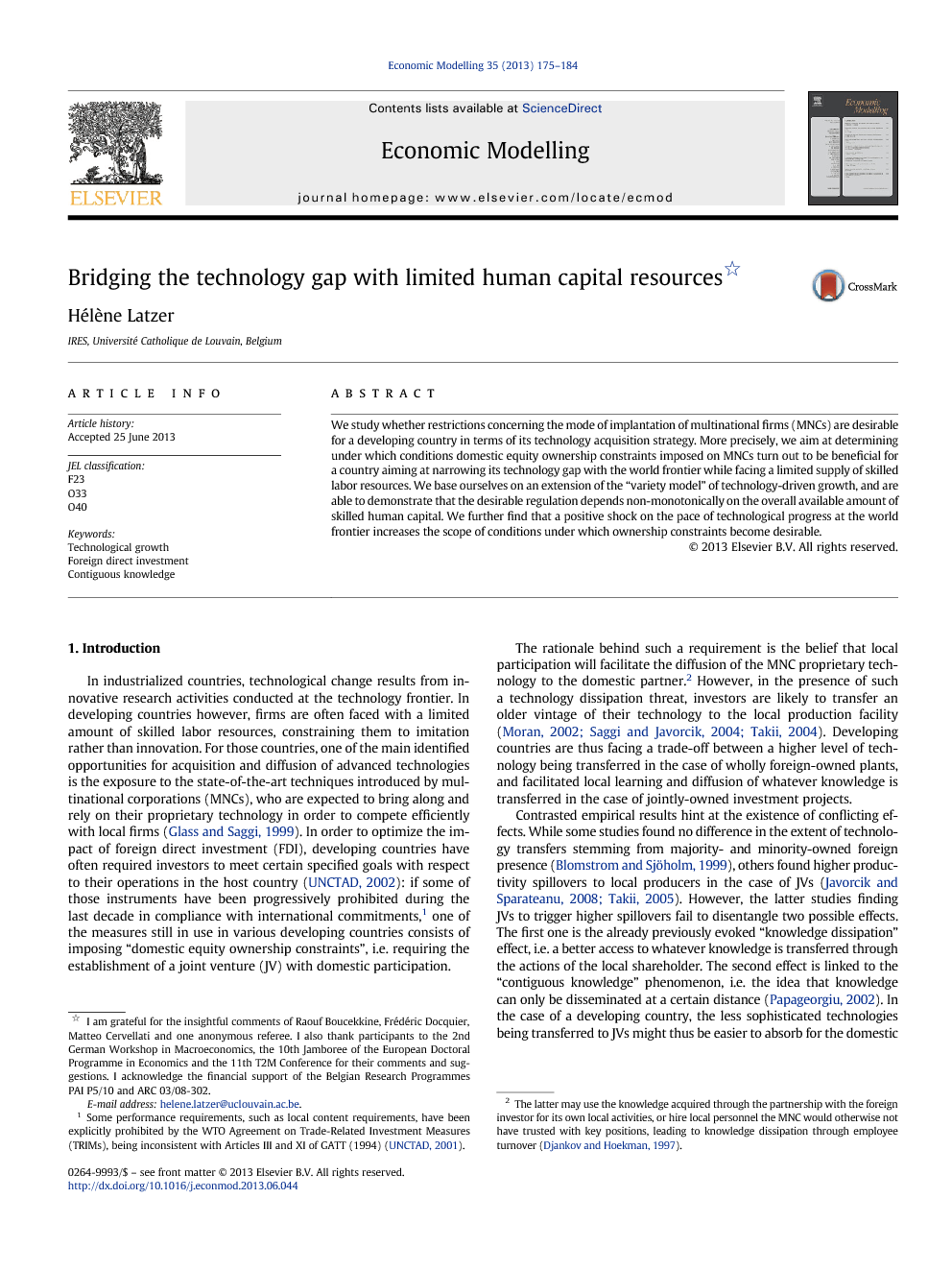 We study whether restrictions concerning the mode of implantation of multinational firms (MNCs) are desirable for a developing country in terms of its technology acquisition strategy. More precisely, we aim at determining under which conditions domestic equity ownership constraints imposed on MNCs turn out to be beneficial for a country aiming at narrowing its technology gap with the world frontier while facing a limited supply of skilled labor resources. We base ourselves on an extension of the “variety model” of technology-driven growth, and are able to demonstrate that the desirable regulation depends non-monotonically on the overall available amount of skilled human capital. We further find that a positive shock on the pace of technological progress at the world frontier increases the scope of conditions under which ownership constraints become desirable.

Using a simple extension of the Romer (1990) technology-driven growth model adapted to the case of a developing country, we determined which type of FDI regulation was desirable with respect to the technology upgrading strategy of a developing host country. We were in particular able to demonstrate that the optimal regulation for a developing country facing resource constraints depends non-monotonically on the overall available amount of human capital H: for small and very high values of H, full liberalization is desirable, while ownership constraints are relevant for intermediary values of H. We were hence also able to show that the “knowledge dissipation” effect is sufficient for ownership constraints to be optimal, since even when considering the lower vintage transferred to joint ventures as being a drawback, ownership sharing conditions prove themselves desirable for certain values of available human capital H. Our paper provides a possible explanation for the contrasted results of studies concerning the effects of JV agreements on productivity of local firms (Blomstrom and Sjöholm, 1999, Javorcik and Sparateanu, 2008 and Takii, 2005) and contributes to the ongoing debate about the banning of domestic equity ownership requirements. Joint ventures might prove themselves beneficial, and adding ownership constraints to the list of prohibited performance requirements might prove itself detrimental for developing countries.