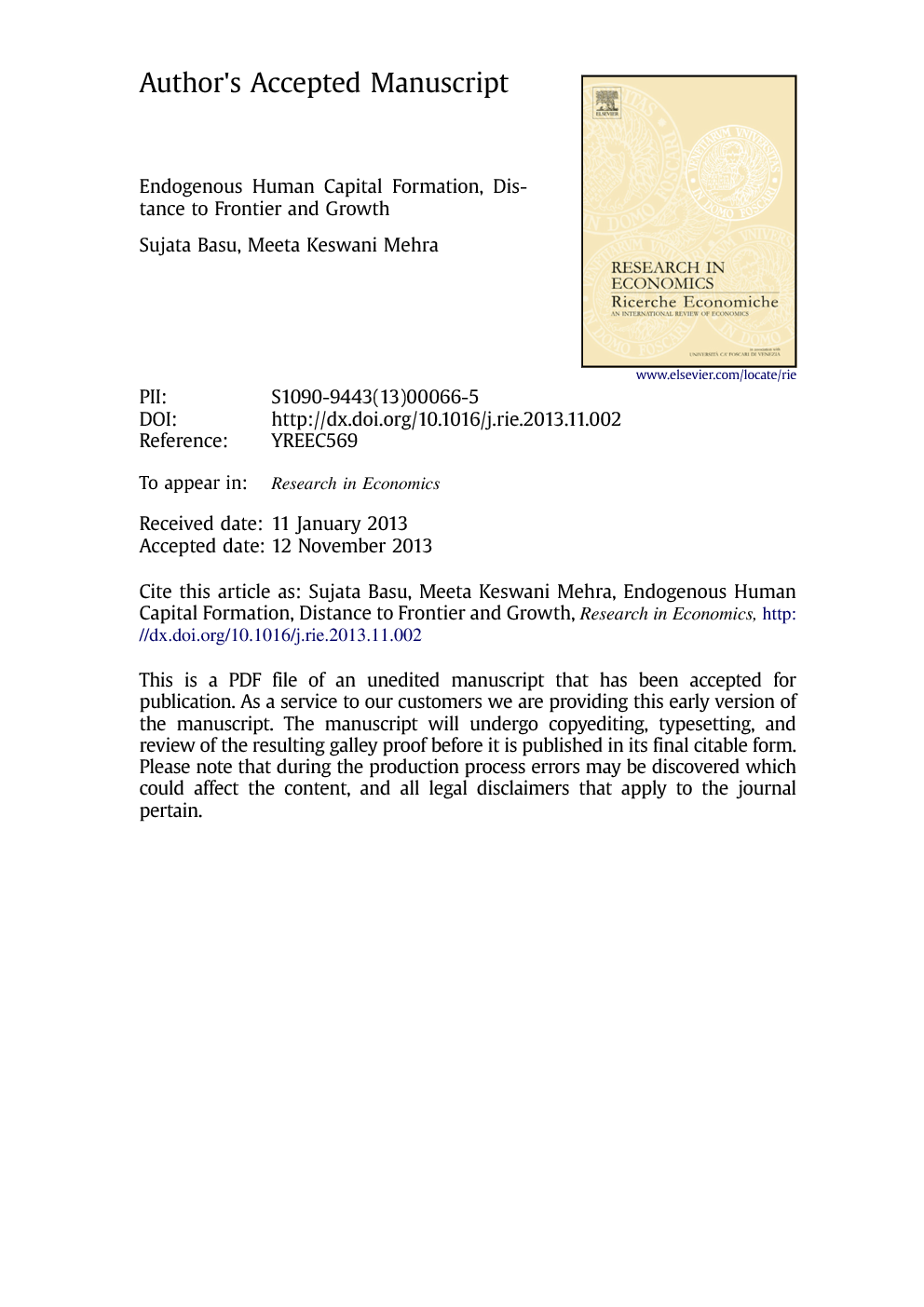 We examine human capital's contribution to economy-wide technological progress through two channels – imitation and innovation – innovation being more skill-intensive than imitation. We develop a growth model based on the endogenous ability-driven skill acquisition decision of an individual. It is shown that skilled human capital is growth enhancing in the “imitation-innovation” regime and in the “innovation-only” regime whereas unskilled human capital is growth enhancing in the “imitation-only” regime. Steady state exists and, in the long run, the economy converges to the world technology frontier. In the diversified regime, technological progress raises the return to ability and generates an increase in wage inequality between and within groups – consistent with the pattern observed across countries.