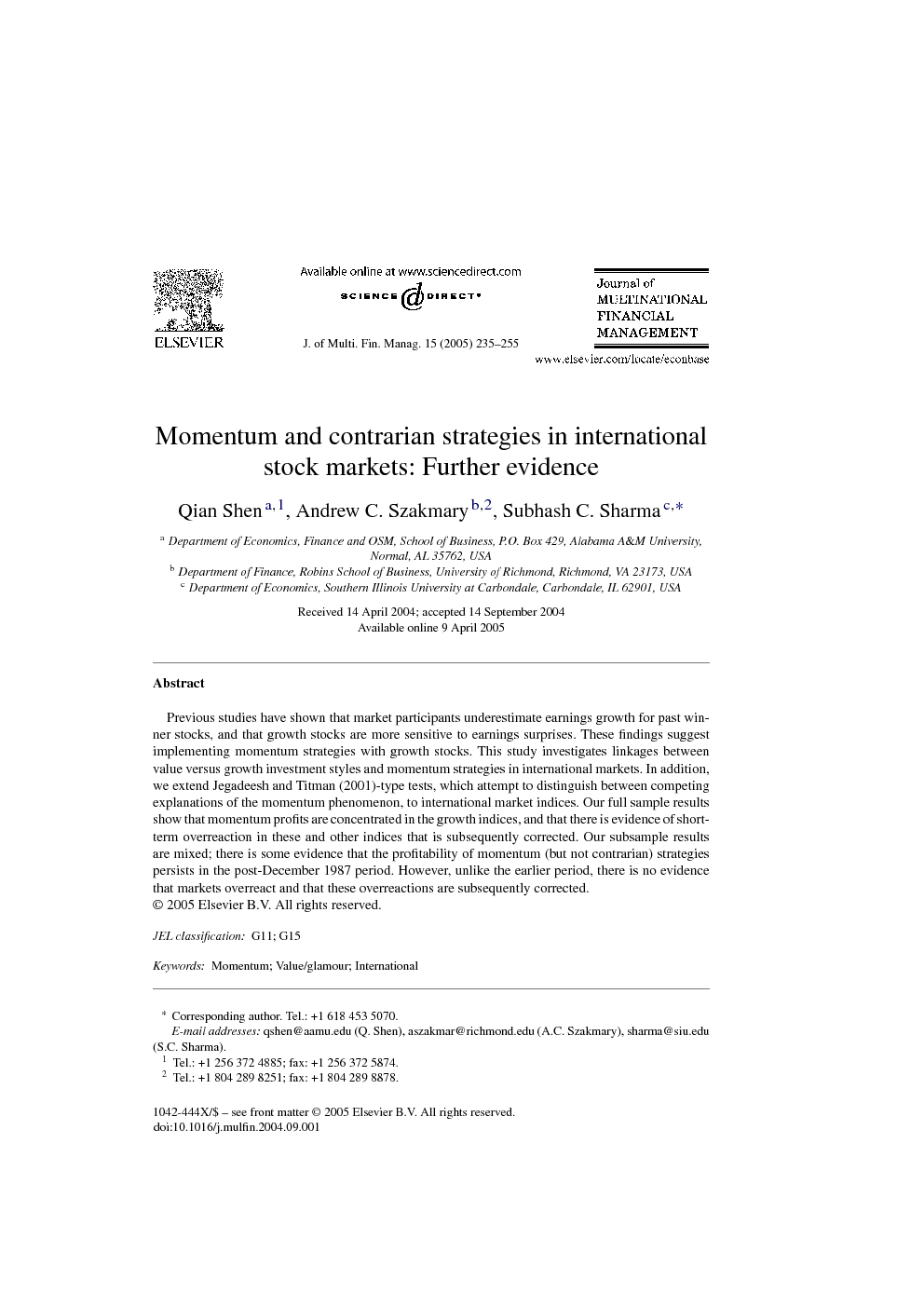 Previous studies have shown that market participants underestimate earnings growth for past winner stocks, and that growth stocks are more sensitive to earnings surprises. These findings suggest implementing momentum strategies with growth stocks. This study investigates linkages between value versus growth investment styles and momentum strategies in international markets. In addition, we extend Jegadeesh and Titman (2001)-type tests, which attempt to distinguish between competing explanations of the momentum phenomenon, to international market indices. Our full sample results show that momentum profits are concentrated in the growth indices, and that there is evidence of short-term overreaction in these and other indices that is subsequently corrected. Our subsample results are mixed; there is some evidence that the profitability of momentum (but not contrarian) strategies persists in the post-December 1987 period. However, unlike the earlier period, there is no evidence that markets overreact and that these overreactions are subsequently corrected.