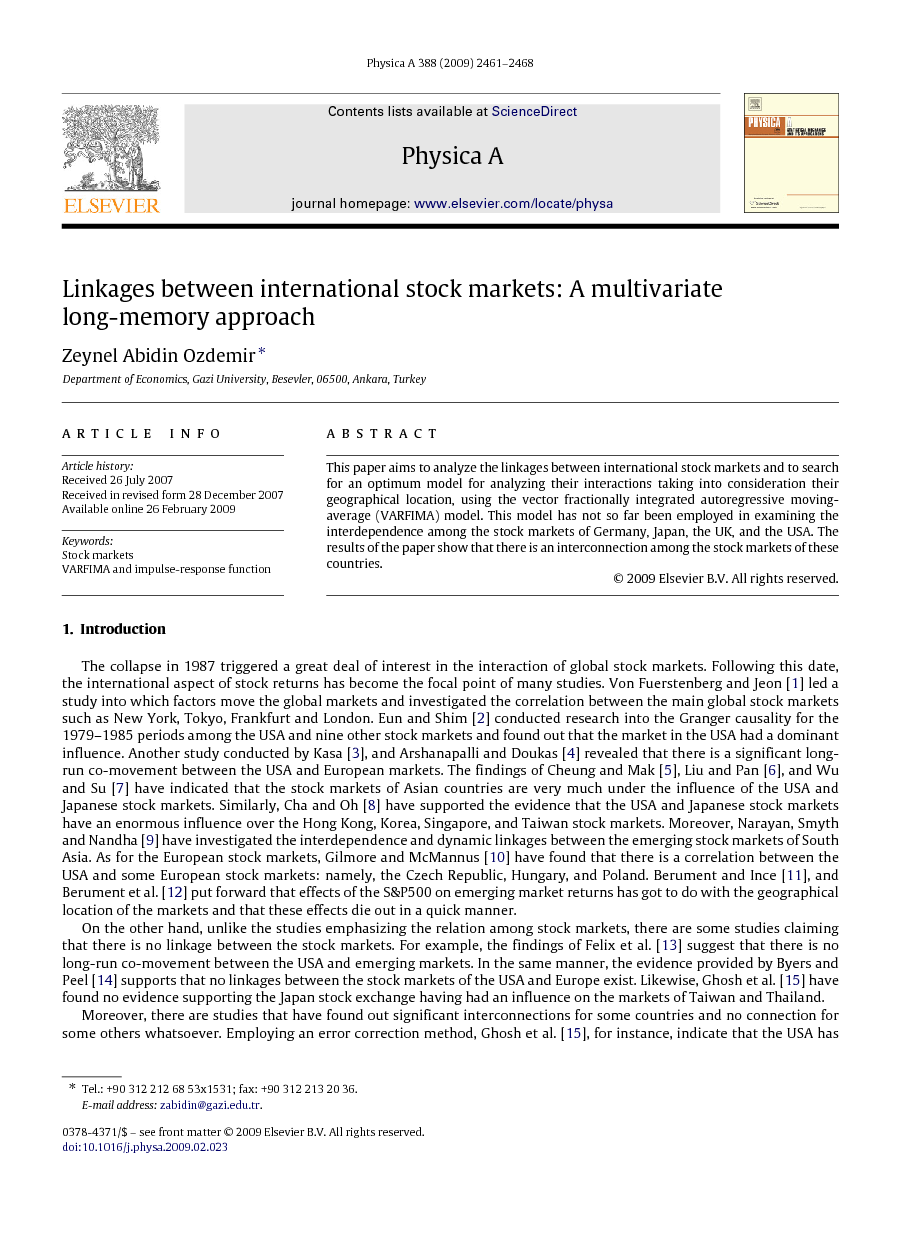 This paper aims to analyze the linkages between international stock markets and to search for an optimum model for analyzing their interactions taking into consideration their geographical location, using the vector fractionally integrated autoregressive moving-average (VARFIMA) model. This model has not so far been employed in examining the interdependence among the stock markets of Germany, Japan, the UK, and the USA. The results of the paper show that there is an interconnection among the stock markets of these countries.

This paper has aimed at contributing to the analysis of the linkages between international stock markets and searching for an optimum model for analyzing their interactions taking into consideration their high- and low-frequency dynamics in general. The results of the paper indicate that there is an interconnection among these four stock markets. This finding is invariant when the non-linear time series model is used to analyze the linkages between the major international stock markets as had been shown by Ozdemir and Cakan [21] and De Gooijer and Sivarajasingham [22].