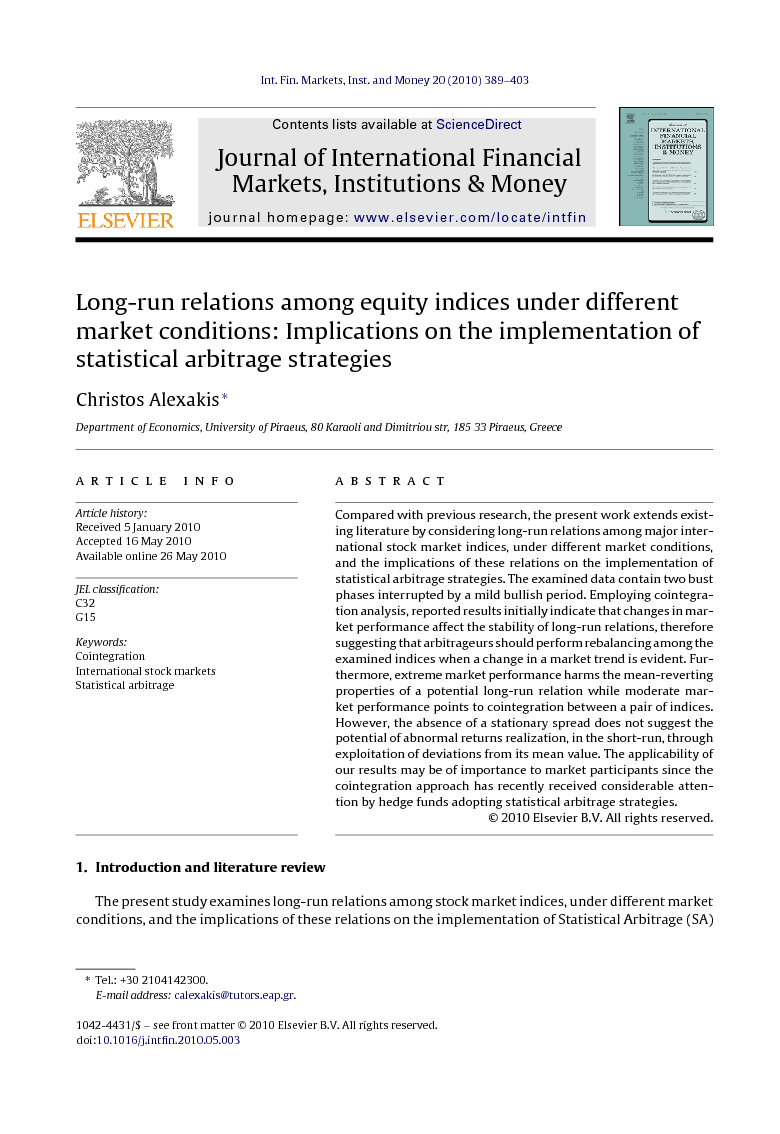 Compared with previous research, the present work extends existing literature by considering long-run relations among major international stock market indices, under different market conditions, and the implications of these relations on the implementation of statistical arbitrage strategies. The examined data contain two bust phases interrupted by a mild bullish period. Employing cointegration analysis, reported results initially indicate that changes in market performance affect the stability of long-run relations, therefore suggesting that arbitrageurs should perform rebalancing among the examined indices when a change in a market trend is evident. Furthermore, extreme market performance harms the mean-reverting properties of a potential long-run relation while moderate market performance points to cointegration between a pair of indices. However, the absence of a stationary spread does not suggest the potential of abnormal returns realization, in the short-run, through exploitation of deviations from its mean value. The applicability of our results may be of importance to market participants since the cointegration approach has recently received considerable attention by hedge funds adopting statistical arbitrage strategies.