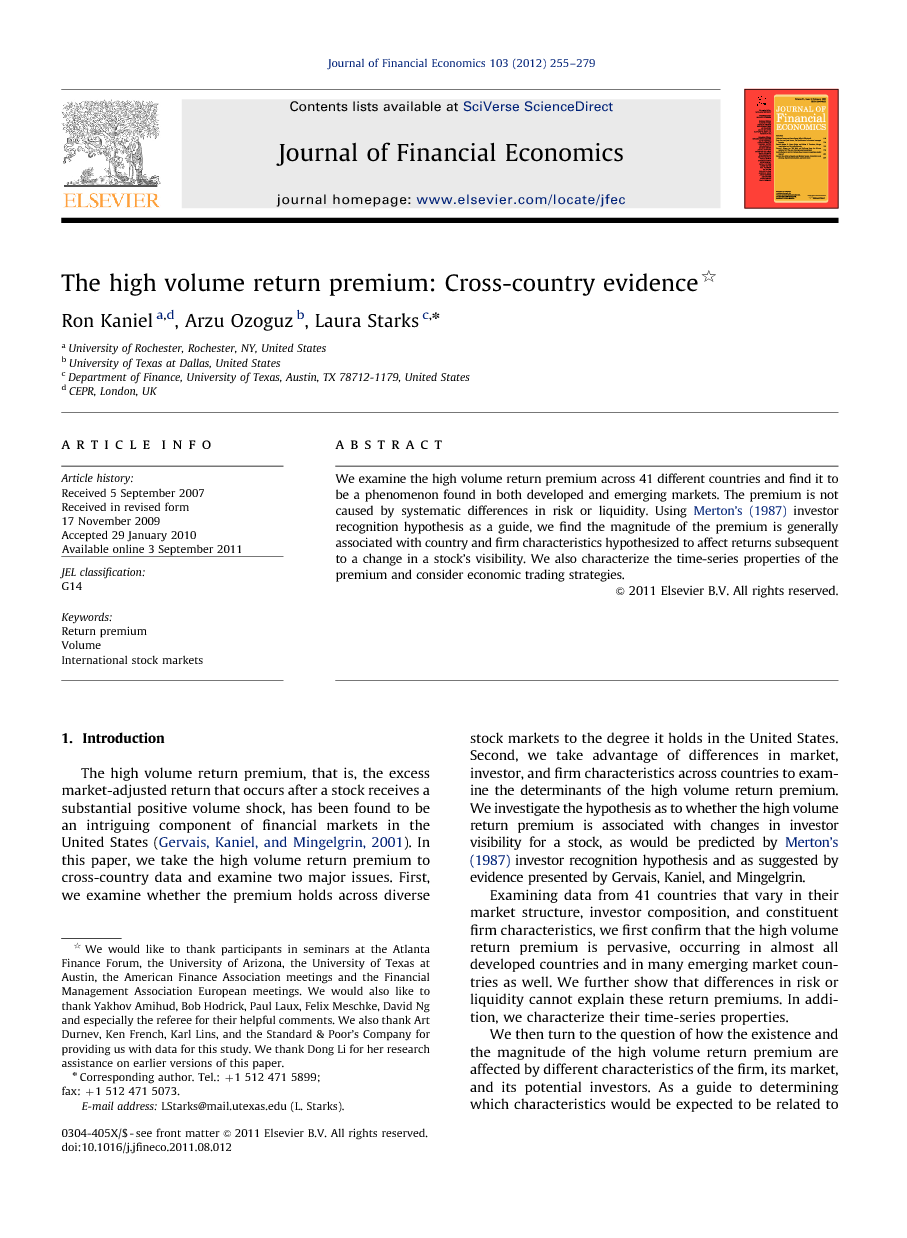 We examine the high volume return premium across 41 different countries and find it to be a phenomenon found in both developed and emerging markets. The premium is not caused by systematic differences in risk or liquidity. Using Merton's (1987) investor recognition hypothesis as a guide, we find the magnitude of the premium is generally associated with country and firm characteristics hypothesized to affect returns subsequent to a change in a stock's visibility. We also characterize the time-series properties of the premium and consider economic trading strategies.