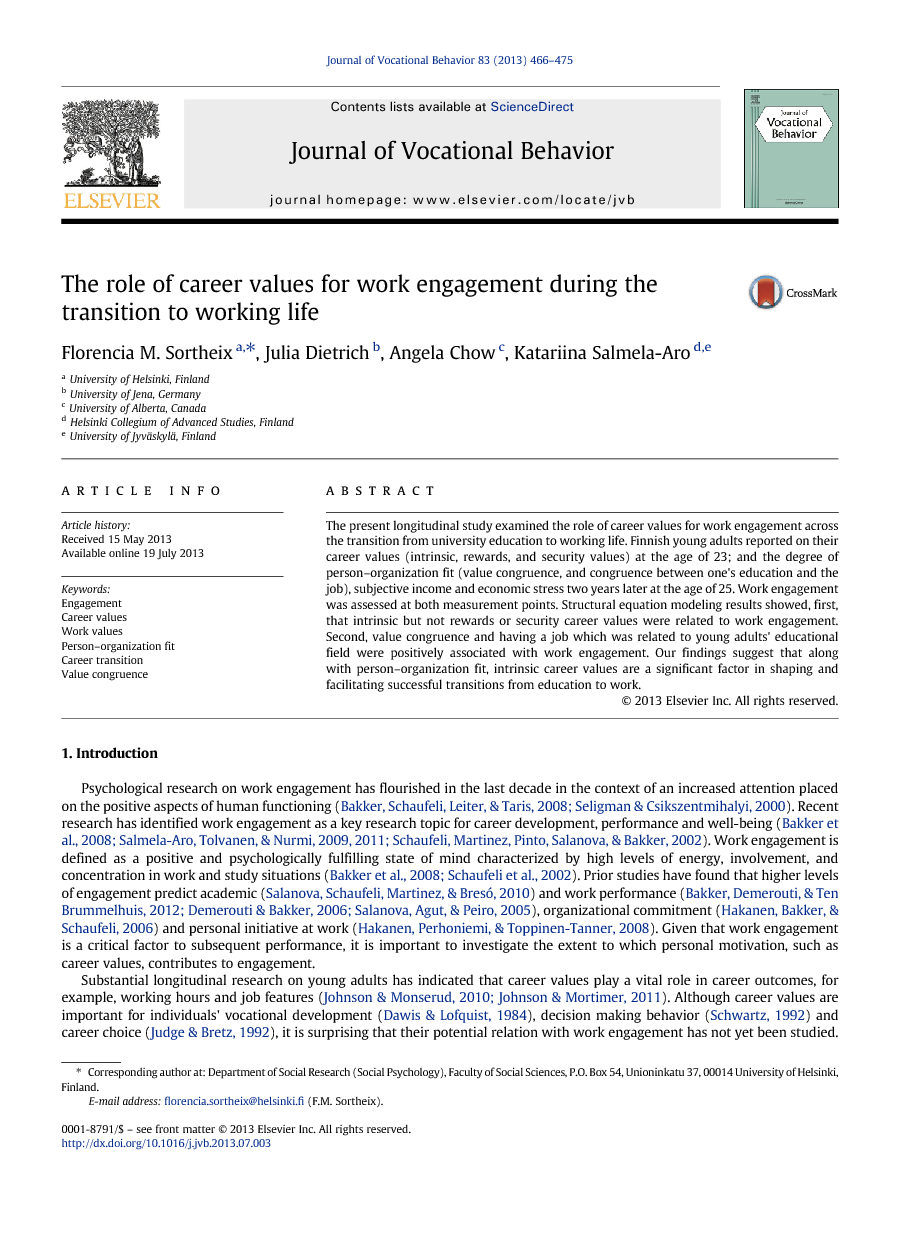 The present longitudinal study examined the role of career values for work engagement across the transition from university education to working life. Finnish young adults reported on their career values (intrinsic, rewards, and security values) at the age of 23; and the degree of person–organization fit (value congruence, and congruence between one's education and the job), subjective income and economic stress two years later at the age of 25. Work engagement was assessed at both measurement points. Structural equation modeling results showed, first, that intrinsic but not rewards or security career values were related to work engagement. Second, value congruence and having a job which was related to young adults' educational field were positively associated with work engagement. Our findings suggest that along with person–organization fit, intrinsic career values are a significant factor in shaping and facilitating successful transitions from education to work.