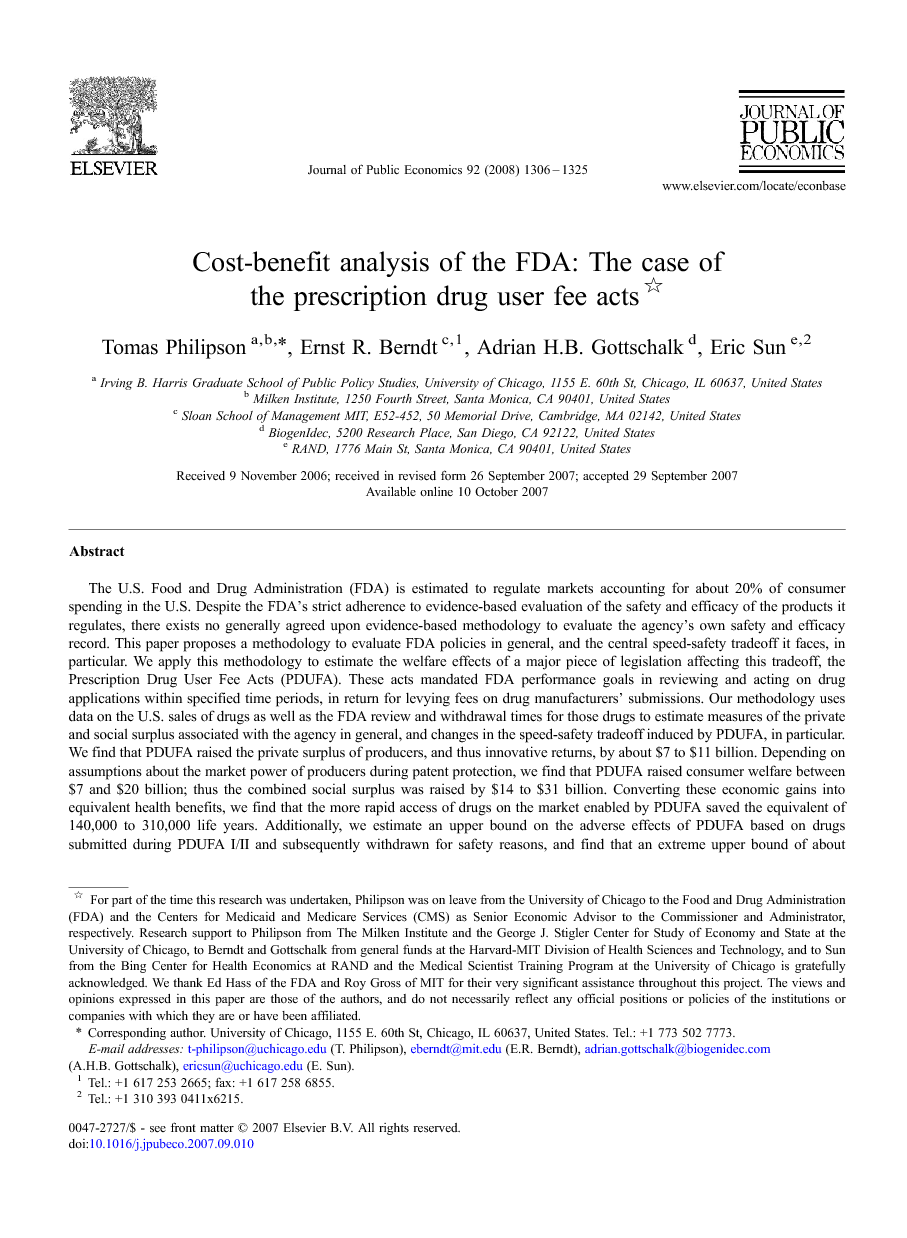 The U.S. Food and Drug Administration (FDA) is estimated to regulate markets accounting for about 20% of consumer spending in the U.S. Despite the FDA's strict adherence to evidence-based evaluation of the safety and efficacy of the products it regulates, there exists no generally agreed upon evidence-based methodology to evaluate the agency's own safety and efficacy record. This paper proposes a methodology to evaluate FDA policies in general, and the central speed-safety tradeoff it faces, in particular. We apply this methodology to estimate the welfare effects of a major piece of legislation affecting this tradeoff, the Prescription Drug User Fee Acts (PDUFA). These acts mandated FDA performance goals in reviewing and acting on drug applications within specified time periods, in return for levying fees on drug manufacturers' submissions. Our methodology uses data on the U.S. sales of drugs as well as the FDA review and withdrawal times for those drugs to estimate measures of the private and social surplus associated with the agency in general, and changes in the speed-safety tradeoff induced by PDUFA, in particular. We find that PDUFA raised the private surplus of producers, and thus innovative returns, by about $7 to $11 billion. Depending on assumptions about the market power of producers during patent protection, we find that PDUFA raised consumer welfare between $7 and $20 billion; thus the combined social surplus was raised by $14 to $31 billion. Converting these economic gains into equivalent health benefits, we find that the more rapid access of drugs on the market enabled by PDUFA saved the equivalent of 140,000 to 310,000 life years. Additionally, we estimate an upper bound on the adverse effects of PDUFA based on drugs submitted during PDUFA I/II and subsequently withdrawn for safety reasons, and find that an extreme upper bound of about 56,000 life years were lost. This estimate is an extreme upper bound as it assumes all withdrawals since the inception of PDUFA were due to PDUFA and that there were no patients who benefitted from the withdrawn drugs. We discuss how our general methodology could be used to perform a quantitative and evidence-based evaluation of the desirability of other FDA policies in the future, particularly those affecting the speed-safety tradeoff of the agency.