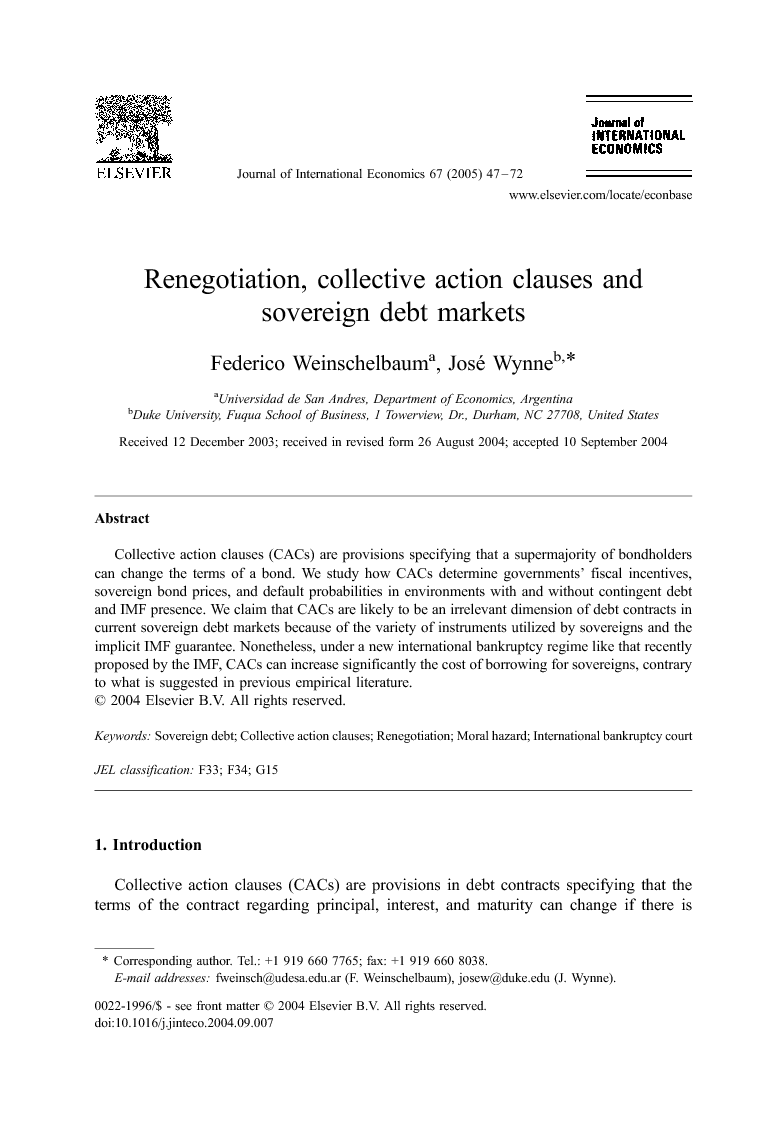 Collective action clauses (CACs) are provisions specifying that a supermajority of bondholders can change the terms of a bond. We study how CACs determine governments' fiscal incentives, sovereign bond prices, and default probabilities in environments with and without contingent debt and IMF presence. We claim that CACs are likely to be an irrelevant dimension of debt contracts in current sovereign debt markets because of the variety of instruments utilized by sovereigns and the implicit IMF guarantee. Nonetheless, under a new international bankruptcy regime like that recently proposed by the IMF, CACs can increase significantly the cost of borrowing for sovereigns, contrary to what is suggested in previous empirical literature.