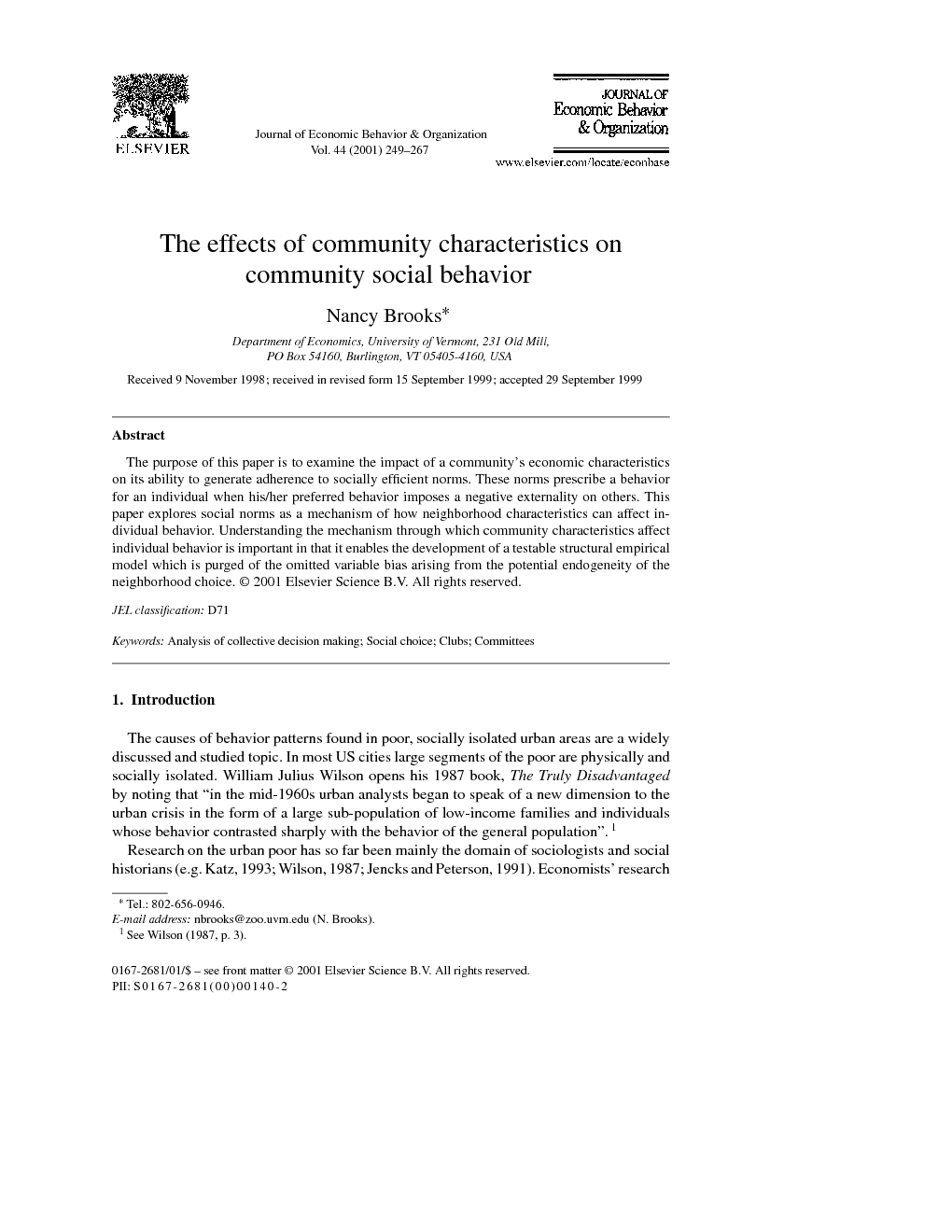 The purpose of this paper is to examine the impact of a community’s economic characteristics on its ability to generate adherence to socially efficient norms. These norms prescribe a behavior for an individual when his/her preferred behavior imposes a negative externality on others. This paper explores social norms as a mechanism of how neighborhood characteristics can affect individual behavior. Understanding the mechanism through which community characteristics affect individual behavior is important in that it enables the development of a testable structural empirical model which is purged of the omitted variable bias arising from the potential endogeneity of the neighborhood choice.

This empirical work illustrates how a theoretical model can help researchers begin to move beyond the stalemate in the empirical research on neighborhood effects as explained in Manski (1993). His main points are that developing a better theoretical foundation for the estimation and obtaining better data are the keys to accurate estimation of endogenous social effects. It is very important to first identify and explicitly model the mechanism through which neighborhood characteristics will influence individual behavior. The theoretical model can then be used to derive a structural model to estimate in which the endogenous social effects are identifiable. Problems with limitations on data are still an important issue for researchers. With more careful modeling of the underlying mechanisms determining the social effects and better data to allow the testing of these mechanisms the “reflection problem” can be addressed. This paper has demonstrated both of these points by showing that consistent estimates of endogenous social effects can be obtained from a structural model, but that the limitations on data have prevented precise estimates.