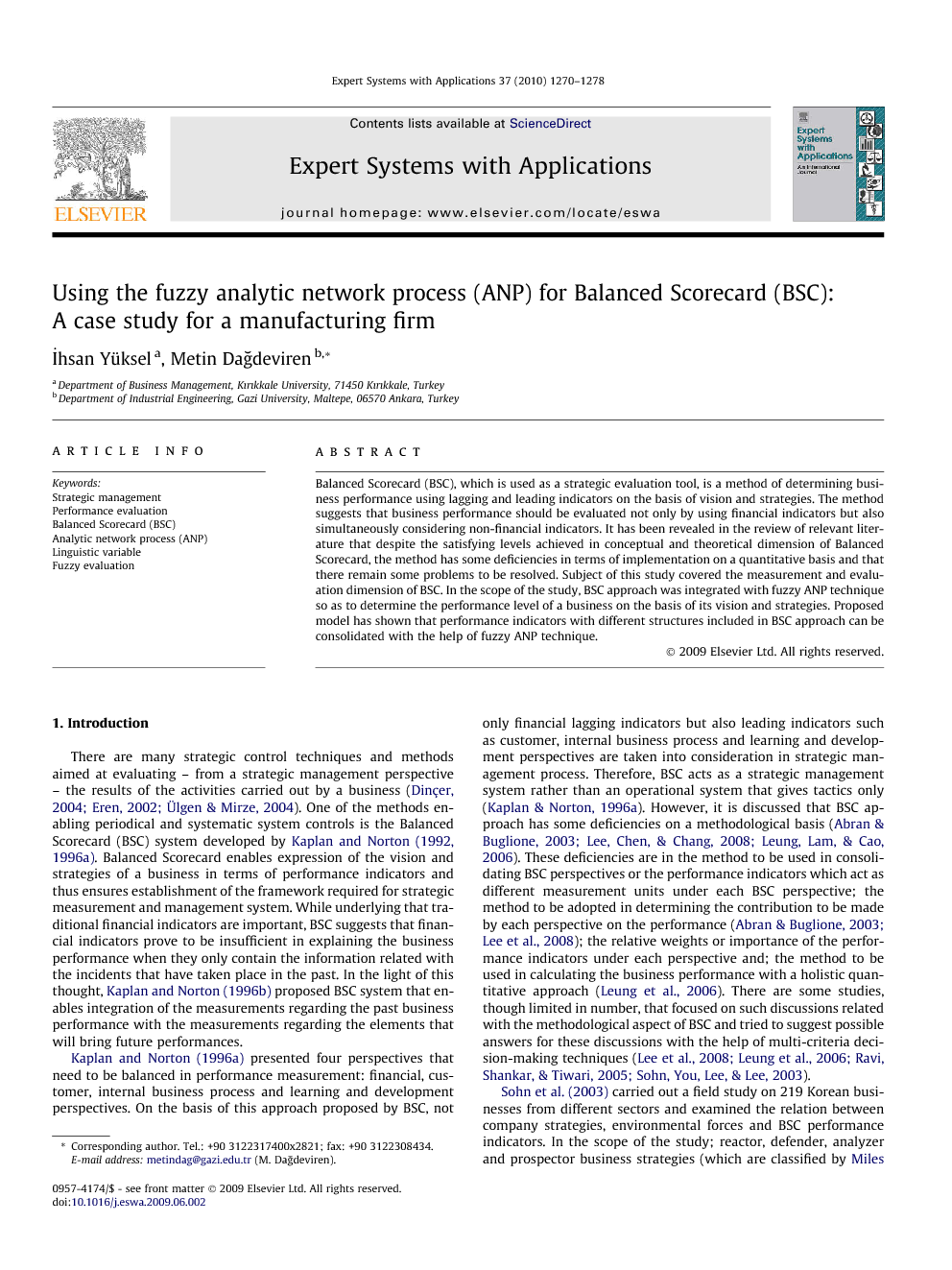 Balanced Scorecard (BSC), which is used as a strategic evaluation tool, is a method of determining business performance using lagging and leading indicators on the basis of vision and strategies. The method suggests that business performance should be evaluated not only by using financial indicators but also simultaneously considering non-financial indicators. It has been revealed in the review of relevant literature that despite the satisfying levels achieved in conceptual and theoretical dimension of Balanced Scorecard, the method has some deficiencies in terms of implementation on a quantitative basis and that there remain some problems to be resolved. Subject of this study covered the measurement and evaluation dimension of BSC. In the scope of the study, BSC approach was integrated with fuzzy ANP technique so as to determine the performance level of a business on the basis of its vision and strategies. Proposed model has shown that performance indicators with different structures included in BSC approach can be consolidated with the help of fuzzy ANP technique.