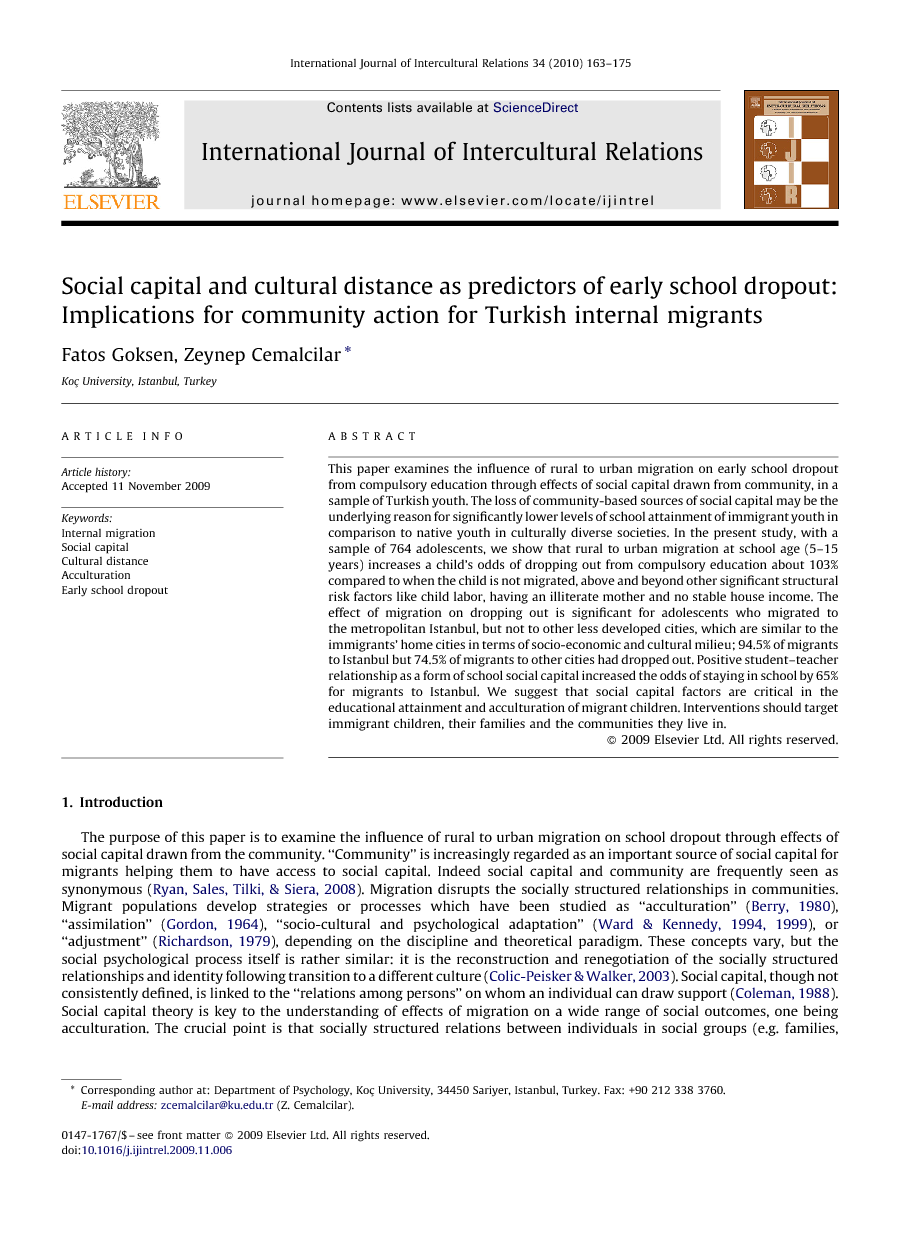 This paper examines the influence of rural to urban migration on early school dropout from compulsory education through effects of social capital drawn from community, in a sample of Turkish youth. The loss of community-based sources of social capital may be the underlying reason for significantly lower levels of school attainment of immigrant youth in comparison to native youth in culturally diverse societies. In the present study, with a sample of 764 adolescents, we show that rural to urban migration at school age (5–15 years) increases a child's odds of dropping out from compulsory education about 103% compared to when the child is not migrated, above and beyond other significant structural risk factors like child labor, having an illiterate mother and no stable house income. The effect of migration on dropping out is significant for adolescents who migrated to the metropolitan Istanbul, but not to other less developed cities, which are similar to the immigrants’ home cities in terms of socio-economic and cultural milieu; 94.5% of migrants to Istanbul but 74.5% of migrants to other cities had dropped out. Positive student–teacher relationship as a form of school social capital increased the odds of staying in school by 65% for migrants to Istanbul. We suggest that social capital factors are critical in the educational attainment and acculturation of migrant children. Interventions should target immigrant children, their families and the communities they live in.