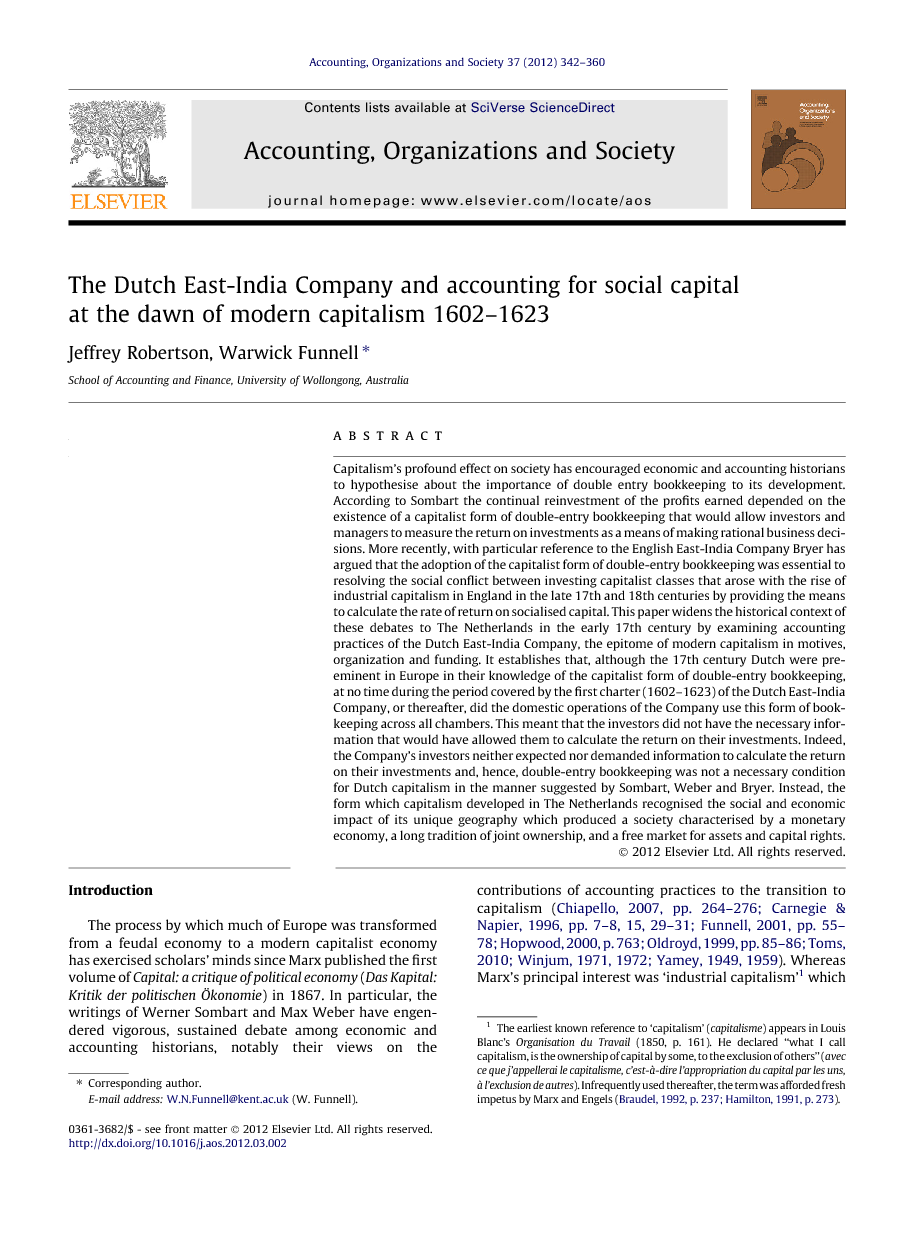 Capitalism’s profound effect on society has encouraged economic and accounting historians to hypothesise about the importance of double entry bookkeeping to its development. According to Sombart the continual reinvestment of the profits earned depended on the existence of a capitalist form of double-entry bookkeeping that would allow investors and managers to measure the return on investments as a means of making rational business decisions. More recently, with particular reference to the English East-India Company Bryer has argued that the adoption of the capitalist form of double-entry bookkeeping was essential to resolving the social conflict between investing capitalist classes that arose with the rise of industrial capitalism in England in the late 17th and 18th centuries by providing the means to calculate the rate of return on socialised capital. This paper widens the historical context of these debates to The Netherlands in the early 17th century by examining accounting practices of the Dutch East-India Company, the epitome of modern capitalism in motives, organization and funding. It establishes that, although the 17th century Dutch were pre-eminent in Europe in their knowledge of the capitalist form of double-entry bookkeeping, at no time during the period covered by the first charter (1602–1623) of the Dutch East-India Company, or thereafter, did the domestic operations of the Company use this form of bookkeeping across all chambers. This meant that the investors did not have the necessary information that would have allowed them to calculate the return on their investments. Indeed, the Company’s investors neither expected nor demanded information to calculate the return on their investments and, hence, double-entry bookkeeping was not a necessary condition for Dutch capitalism in the manner suggested by Sombart, Weber and Bryer. Instead, the form which capitalism developed in The Netherlands recognised the social and economic impact of its unique geography which produced a society characterised by a monetary economy, a long tradition of joint ownership, and a free market for assets and capital rights.