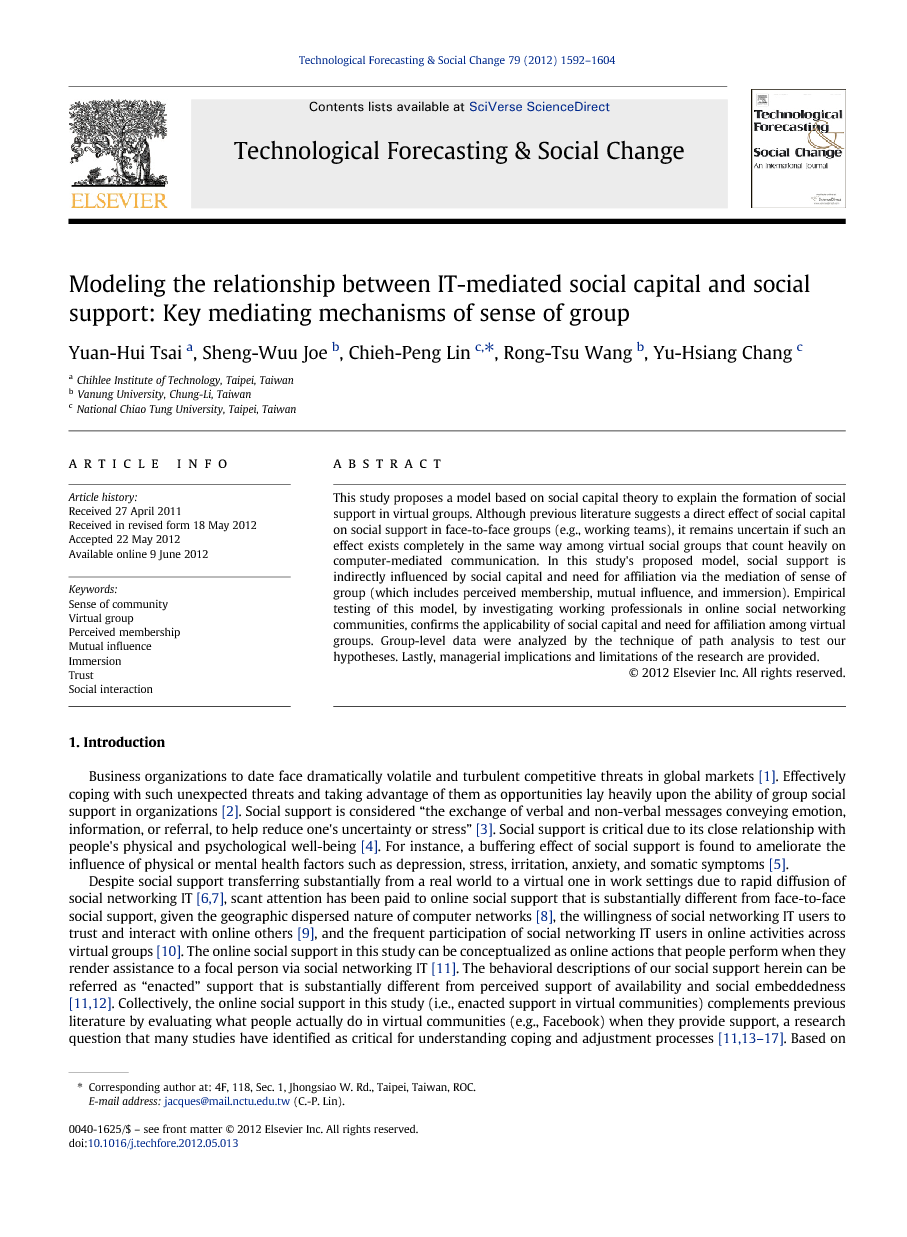 This study proposes a model based on social capital theory to explain the formation of social support in virtual groups. Although previous literature suggests a direct effect of social capital on social support in face-to-face groups (e.g., working teams), it remains uncertain if such an effect exists completely in the same way among virtual social groups that count heavily on computer-mediated communication. In this study's proposed model, social support is indirectly influenced by social capital and need for affiliation via the mediation of sense of group (which includes perceived membership, mutual influence, and immersion). Empirical testing of this model, by investigating working professionals in online social networking communities, confirms the applicability of social capital and need for affiliation among virtual groups. Group-level data were analyzed by the technique of path analysis to test our hypotheses. Lastly, managerial implications and limitations of the research are provided.