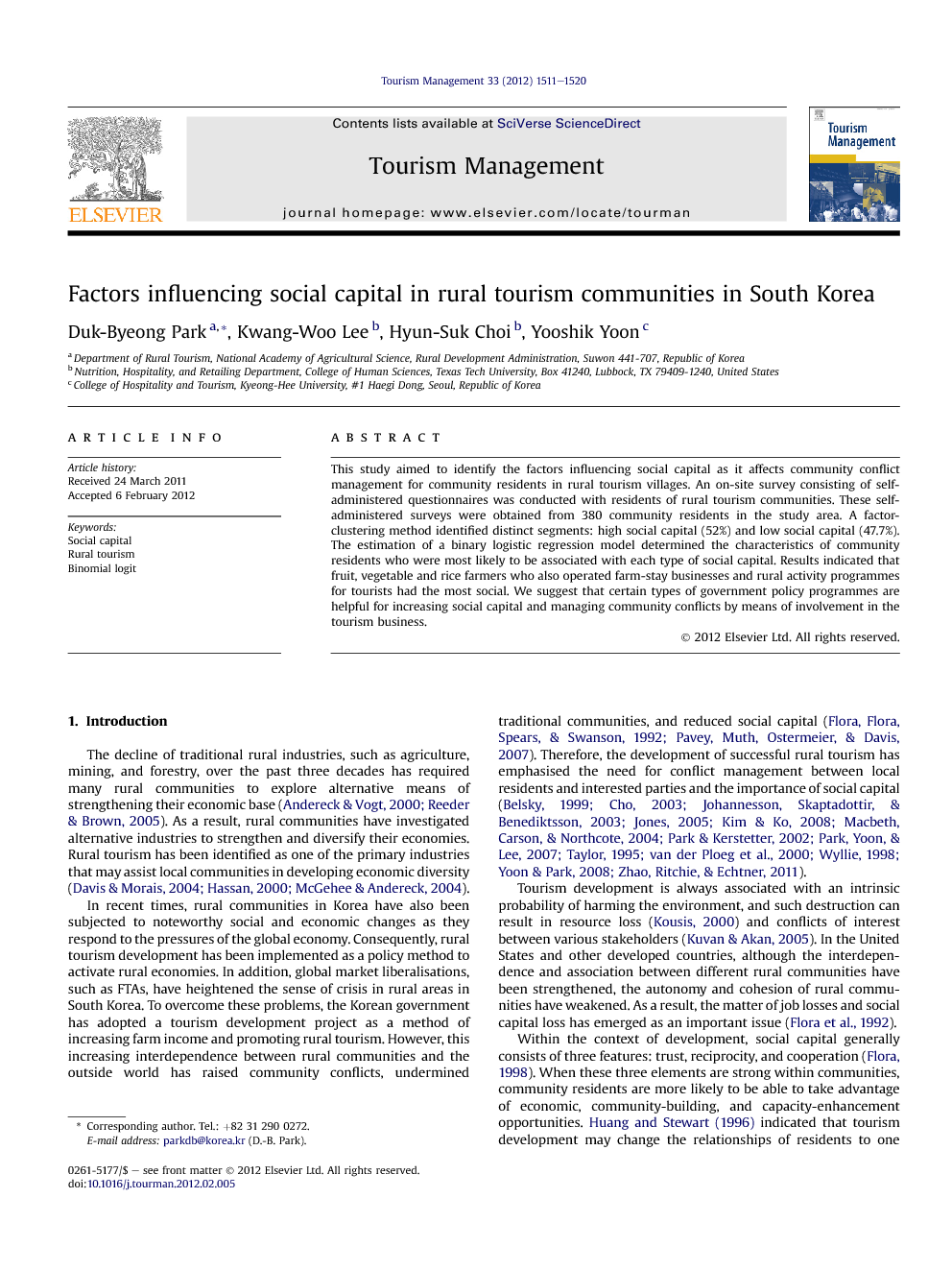 This study aimed to identify the factors influencing social capital as it affects community conflict management for community residents in rural tourism villages. An on-site survey consisting of self-administered questionnaires was conducted with residents of rural tourism communities. These self-administered surveys were obtained from 380 community residents in the study area. A factor-clustering method identified distinct segments: high social capital (52%) and low social capital (47.7%). The estimation of a binary logistic regression model determined the characteristics of community residents who were most likely to be associated with each type of social capital. Results indicated that fruit, vegetable and rice farmers who also operated farm-stay businesses and rural activity programmes for tourists had the most social. We suggest that certain types of government policy programmes are helpful for increasing social capital and managing community conflicts by means of involvement in the tourism business.