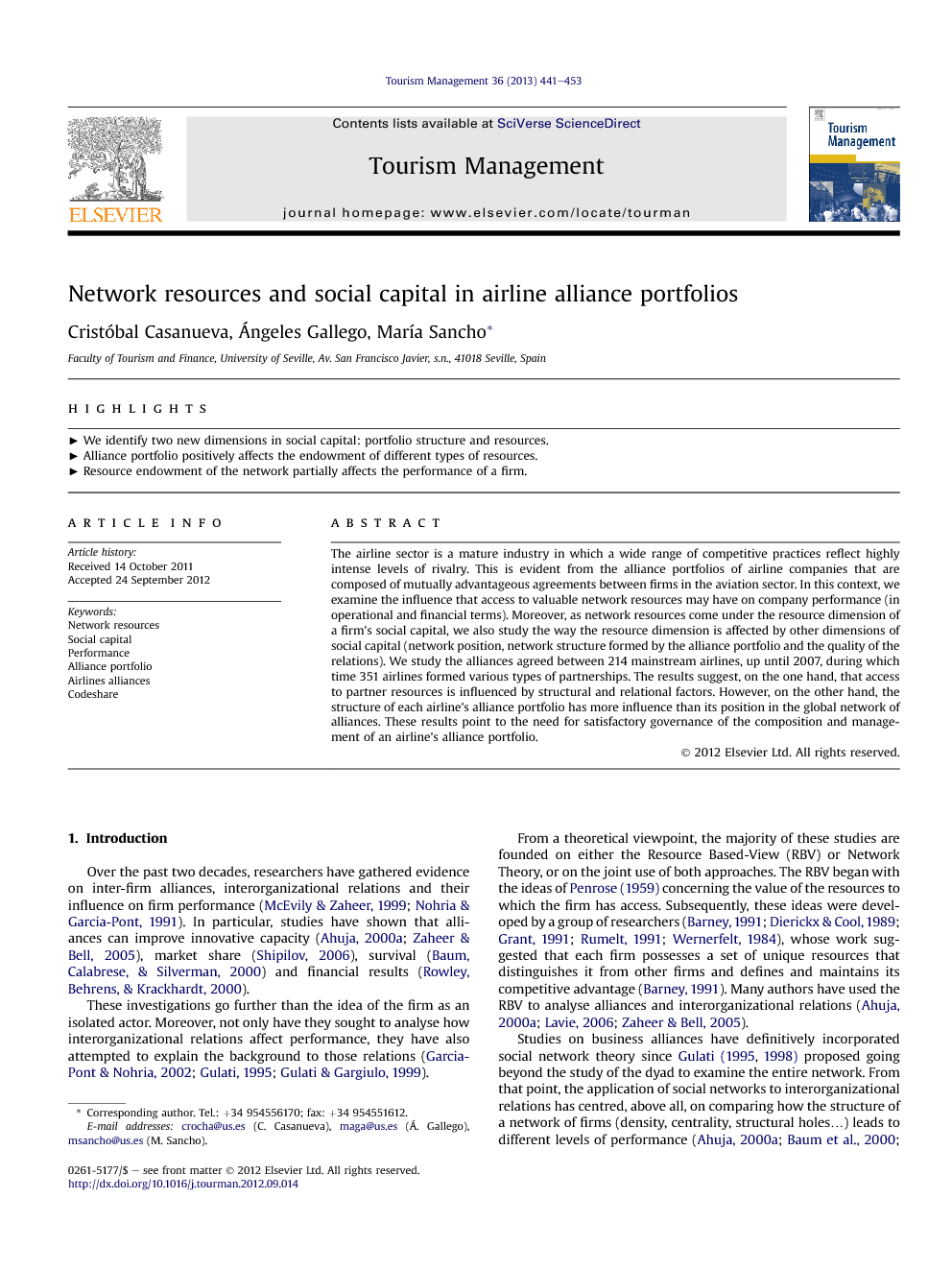 The airline sector is a mature industry in which a wide range of competitive practices reflect highly intense levels of rivalry. This is evident from the alliance portfolios of airline companies that are composed of mutually advantageous agreements between firms in the aviation sector. In this context, we examine the influence that access to valuable network resources may have on company performance (in operational and financial terms). Moreover, as network resources come under the resource dimension of a firm's social capital, we also study the way the resource dimension is affected by other dimensions of social capital (network position, network structure formed by the alliance portfolio and the quality of the relations). We study the alliances agreed between 214 mainstream airlines, up until 2007, during which time 351 airlines formed various types of partnerships. The results suggest, on the one hand, that access to partner resources is influenced by structural and relational factors. However, on the other hand, the structure of each airline's alliance portfolio has more influence than its position in the global network of alliances. These results point to the need for satisfactory governance of the composition and management of an airline's alliance portfolio.