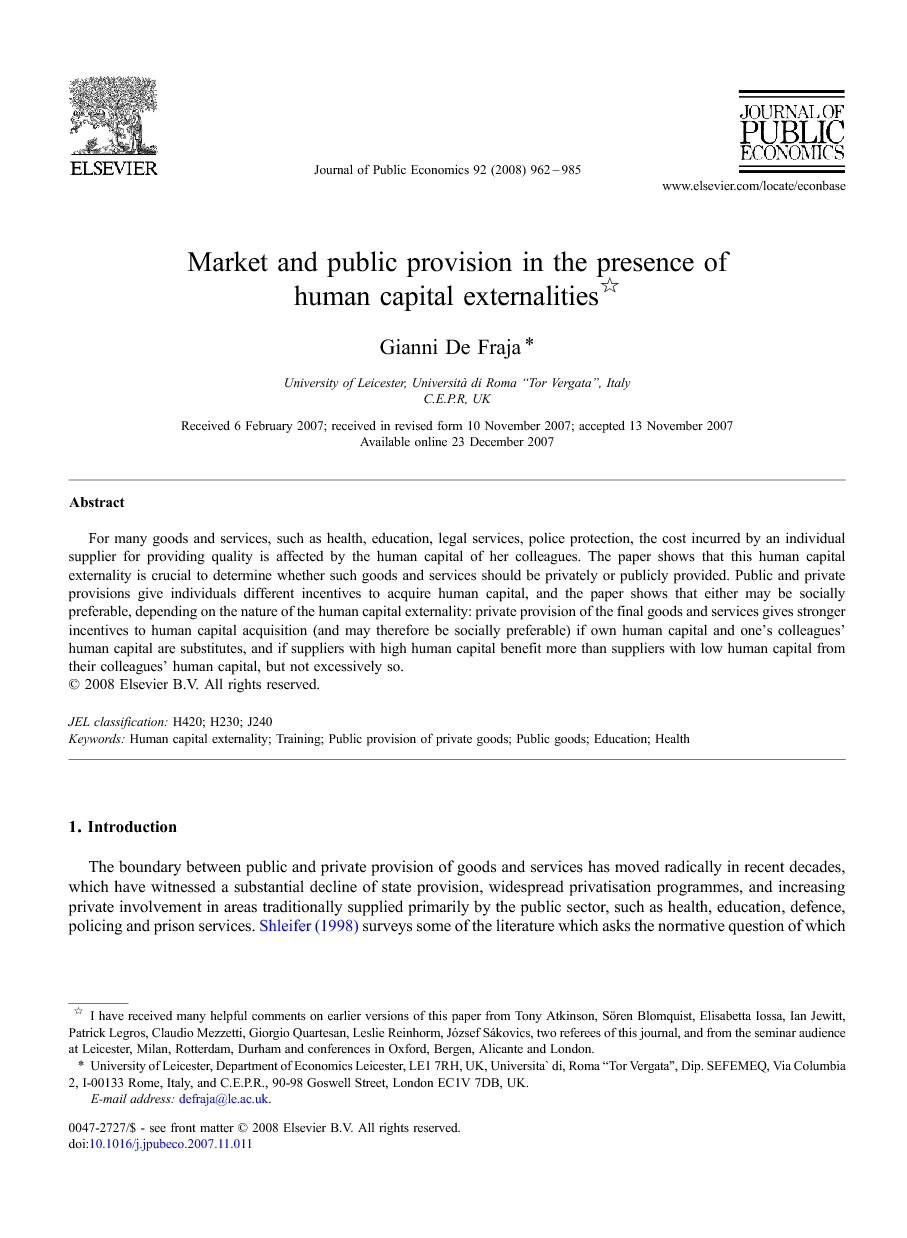 Broad stylised facts indicate that the mode of provision varies greatly among services with prima facie similar characteristics. Policing and the administration of justice are publicly provided in practically every country, whereas legal representation (even when it is publicly financed through legal aid), management consulting and auditing, and architectural design are typically privately provided. Conversely, services such as health and education are publicly provided in some countries, almost entirely private in others, and partly publicly partly privately provided in yet other countries.16 The paper does not attempt to offer an explanation to this variety, but rather to provide a theoretical framework to address the fundamental question of which mode of provision, public or private, is socially preferable. Our analysis hinges on the effect of the mode of provision on the incentive to acquire human capital. The source of difference between modes of provision lies in the government inability to make a long term commitment to a given pricing and supply structure design. The macroeconomics literature on economic growth has long recognised externalities in human capital as an important factor, e.g., Romer (1986), Lucas (1988) and Barro (1990)17. This has not been reflected in the microeconomic literature on the mode of provision of goods and services which has concentrated recently on investment embodied in physical, rather than in human, capital, and the different efficiency effects of contract incompleteness under private and public provision (examples are Hart et al., 1997 and Bentz et al., 2002; and Bennett and Iossa, 2006). We find that the preferred mode of provision is “fragile”, in the sense that subtle differences in technology or preferences lead to a different answer to the question of the socially preferred mode of provision. This may call for empirical research investigating quite closely the details of the technology of provision, and in particular, the specific way in which human capital affects the cost of provision for individual suppliers, with specific reference to the relative importance of formal training measured here by one's individual t, and the role of the organisation human capital, T.