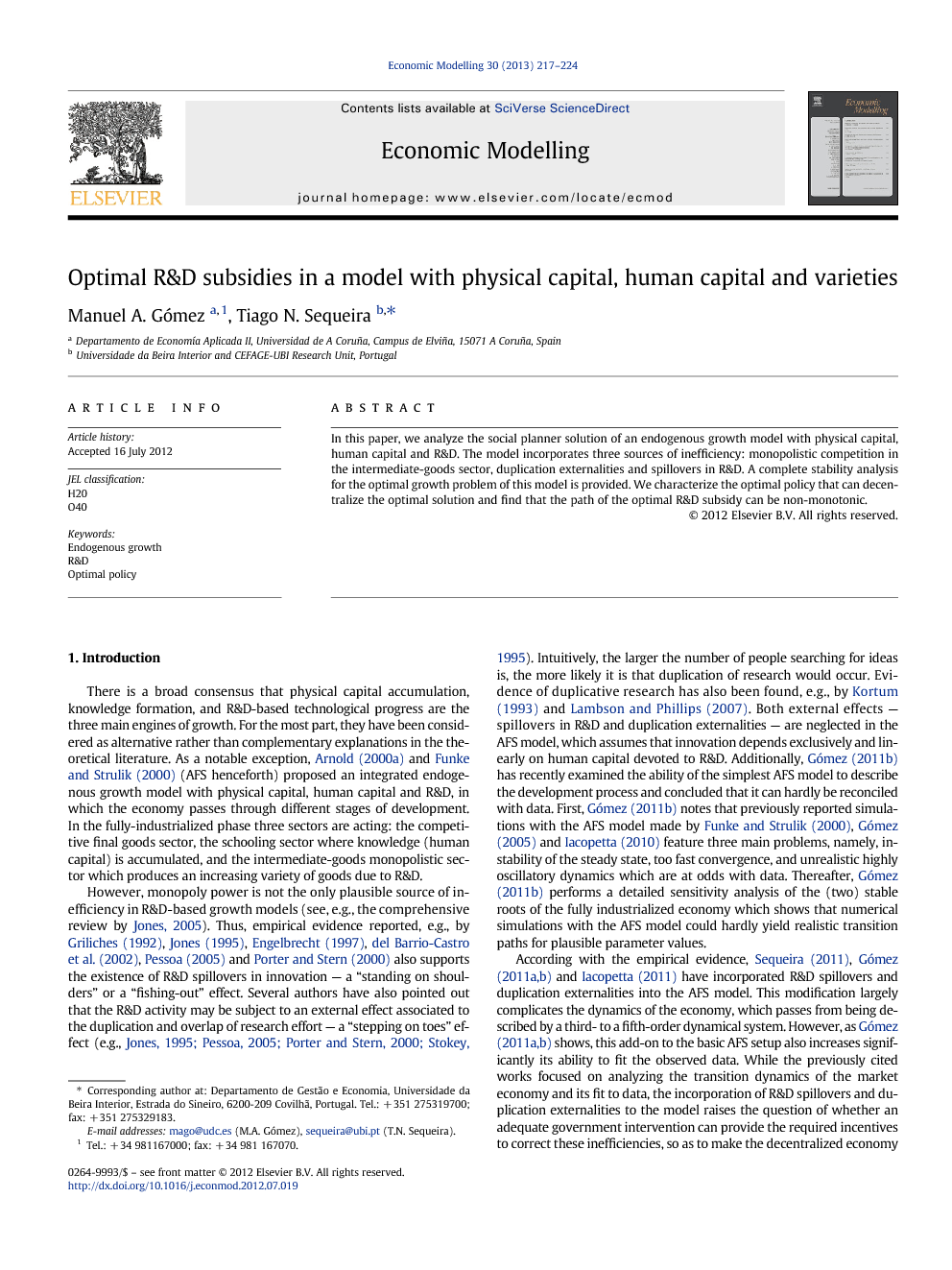 In this paper, we analyze the social planner solution of an endogenous growth model with physical capital, human capital and R&D. The model incorporates three sources of inefficiency: monopolistic competition in the intermediate-goods sector, duplication externalities and spillovers in R&D. A complete stability analysis for the optimal growth problem of this model is provided. We characterize the optimal policy that can decentralize the optimal solution and find that the path of the optimal R&D subsidy can be non-monotonic.

This paper devises a fiscal policy capable of making the decentralized economy to replicate the first-best optimum in an endogenous growth model with physical capital, human capital and R&D. There are three sources of inefficiency in the model: monopolistic competition in the intermediate-goods sector, externalities associated to the duplication of research effort, and spillovers in R&D. The optimal growth path can be attained as a market equilibrium by instituting a subsidy to production of intermediate goods at a constant rate, which addresses the inefficiency caused by the presence of monopolistic competition, combined with a time-varying subsidy (or tax) to R&D, which addresses the duplication externalities and spillovers in R&D associated to the innovation process. Unlike much of the related literature, we also analyze the local stability of the efficient steady state, and a sufficient condition for saddle-path stability is derived. Furthermore, it is shown that the time path of the R&D subsidy could be non-monotonic.